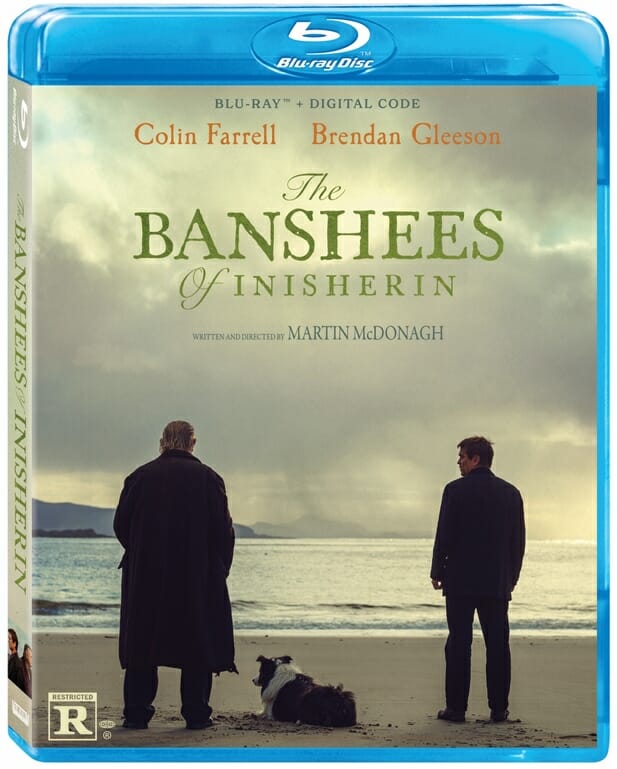 From acclaimed filmmaker Martin McDonagh (In Bruges, Three Billboards Outside Ebbing, Missouri) comes the masterful tragicomedy The Banshees of Inisherin. This immersive tale of friendship and folly has delighted cinemagoers and been celebrated by critics as “simply perfect” (Kevin Maher, The Times) and “sweepingly cinematic” (David Rooney, The Hollywood Reporter). The film is Certified-Fresh on Rotten Tomatoes™ and arrives on Digital December 13 and Blu-ray and DVD on December 20, with never-before-seen bonus content featuring actors Colin Farrell, Brendan Gleeson and director-writer Martin McDonagh.

The film made its World Premiere in September to critical acclaim at the Venice Film Festival, where it won the Best Screenplay Award for McDonagh and the Volpi Cup for Best Actor for Farrell.  It went on to release theatrically in October, earning the highest opening per screen average of the fall.

From director-writer Martin McDonagh (Three Billboards Outside Ebbing, Missouri) comes a unique film starring Colin Farrell and Brendan Gleeson. Although Pádraic (Farrell) and Colm (Gleeson) have been lifelong friends, they find themselves at an impasse when one abruptly ends their relationship, bringing alarming consequences for both of them.