Skip to content
Home » Blog » The Big Score Podcast: Simon Franglen on ‘Avatar: The Way of Water’ Out Now 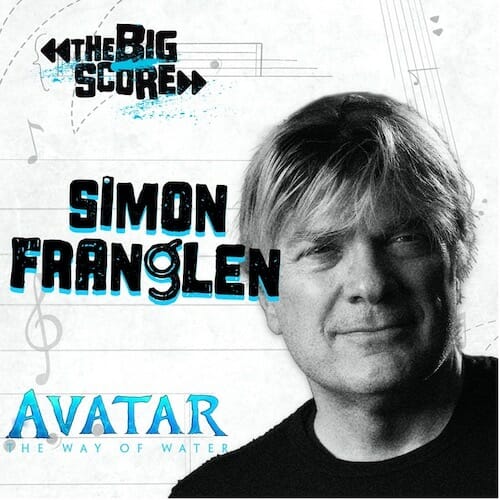 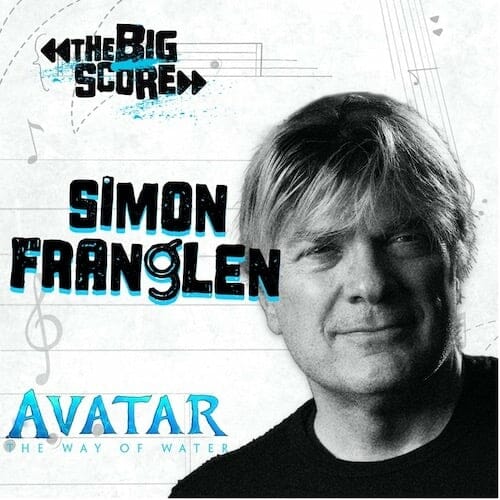 The Big Score is an original series offering first-person audio and video vignettes that delve deep into the creation of film and television music for influential and award-winning movies and series from Searchlight Pictures, 20th Century Studios, Hulu, Freeform, FX, National Geographic, Onyx Collective and more.  Whether watching and/or listening, audiences will gain personal perspectives, stories, and insights from some of today’s most innovative composers and artists, plus exclusive behind the scenes access into the recording process and creation of their scores. Fans can catch The Big Score wherever they listen to podcasts, while the accompanying docuseries premieres on YouTube.
Video episodes will run 5-7 minutes, intercutting the main interviews with direct scene commentary and behind-the-scenes footage. Meanwhile, the podcast will span 20-30 minutes, providing in-depth perspective from the composer. Other interview subjects will include directors, music supervisors, and artists who contributed to writing, recording, performing, or music production.
Watch Simon Franglen’s episode and all previous episodes here:
https://hollywoodrecs.lnk.to/TheBigScore