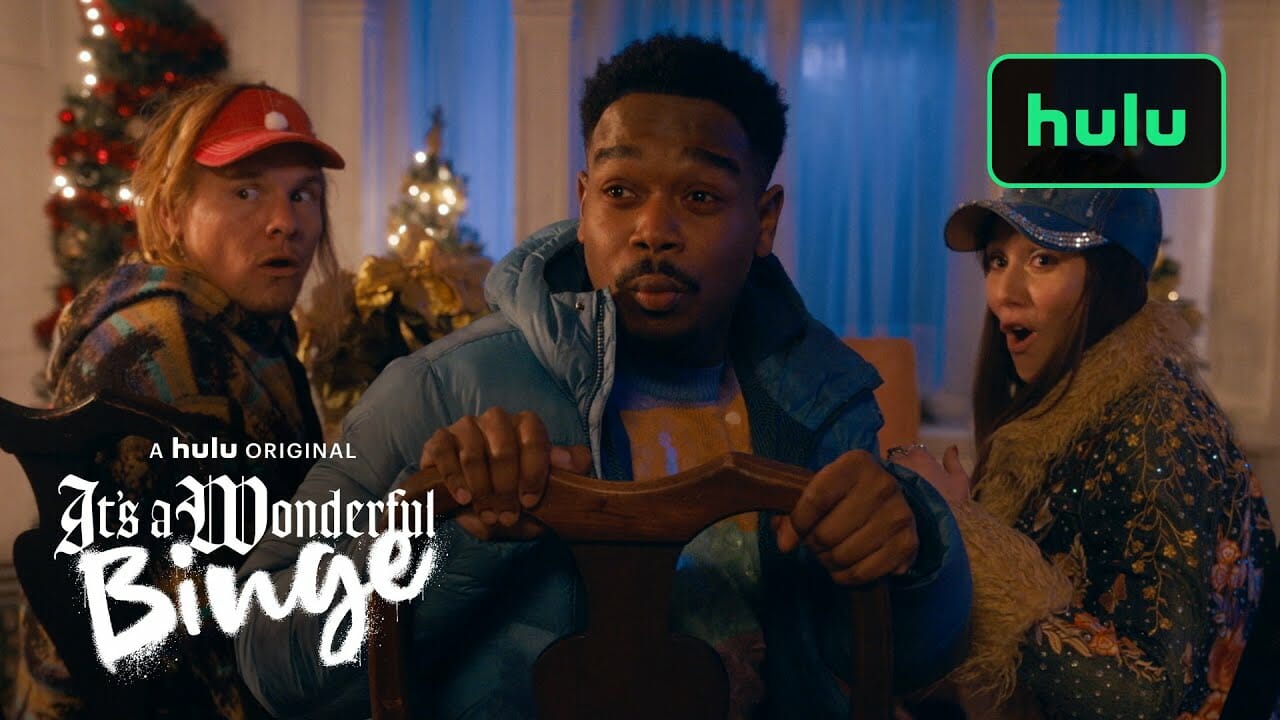 Hulu has released the trailer for the upcoming Christmas comedy “The Binge 2: It’s a Wonderful Binge” which will premiere on Hulu on Friday, December 9, 2022.