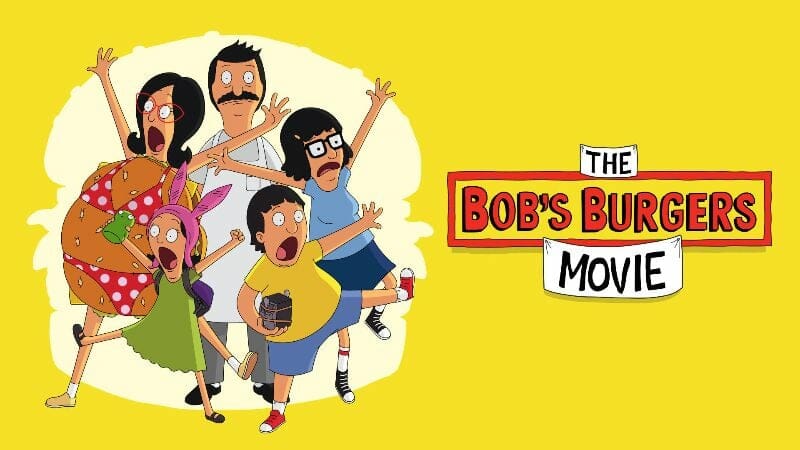 Bob’s Burges might not be the flashiest animated sitcom; it is relatively low-key, but it is one of the funniest. Throughout its 12 seasons (a 13th is on the way), it has also become one of the most beloved. Shopfront puns and sight gags come as standard but the real meat, pun intended, is the relatable family dynamic at the show’s core: burger-flipping dad Bob Belcher (H. Jon Benjamin), endlessly enthusiastic wife Linda (John Roberts) and their three kids are a pleasure to spend half an hour with every week.

With that in mind, the show’s understated charm could easily be stretched too thin over a feature-length instalment. Thankfully though, Loren Bouchard – co-creator and co-director, resists the urge to do anything too outlandish here, keeping the show’s core values intact. This isn’t Bob’s Burgers in Space or Bob’s Burgers: A Jungle Adventure. 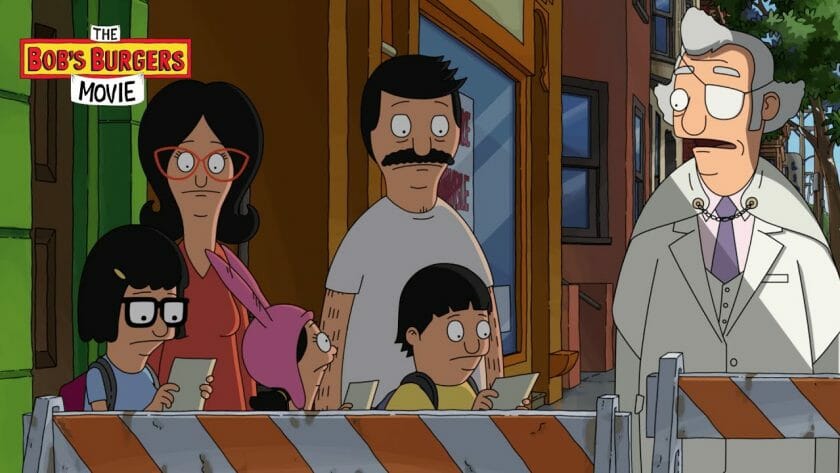 Instead, the film begins with Bob and Linda being denied a loan extension, giving them just seven days to make their next repayment. Things go from bad to awful when a giant sinkhole opens in front of their restaurant. How do they sell burgers if customers can’t even get inside?

When a skeleton is found inside the sinkhole, their clueless landlord Calvin (Kevin Kline) becomes the prime suspect. The film then turns into a tongue-in-cheek murder mystery centred on the amusement park he runs with his pretentious sibling Felix (Zach Galifianakis). Without giving away any spoilers, let’s say the park has some pretty exciting reveals. 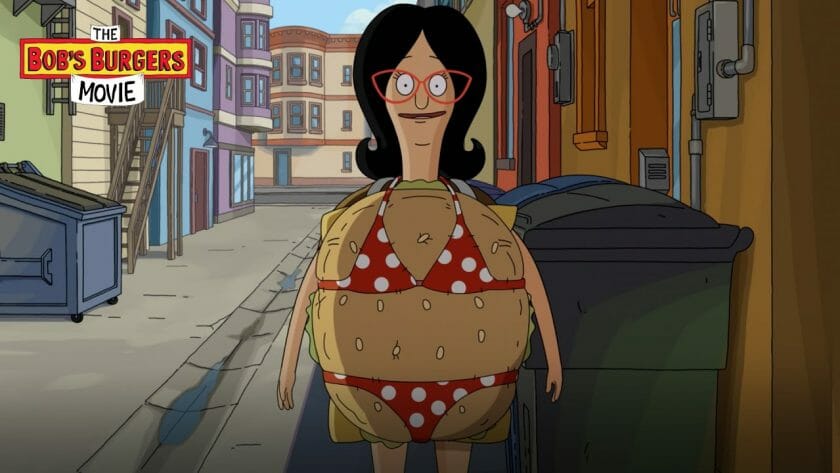 Along the way, there are a few more musical numbers than usual, but they are filled with witty wordplay, so they don’t feel like filler. Some of the film’s subplots aren’t executed quite as well. Belcher son Gene (Eugene Mirman) is underused, and sister Tina (Dan Mintz) is given a romantic storyline that is forgotten for most of the movie. It’s far more fun following the youngest sibling Louise (Kristen Schaal), as she struggles to prove herself after a classmate calls her a baby.

Overall the movie doesn’t feel cinematic, but it probably doesn’t need to be; it is perhaps best at home to stream on Disney+. If you’re looking for something with dazzling visuals and epic grandeur, this probably isn’t for you. The Bob’s Burgers movie is good enough to satisfy its 102-minute runtime and manages to supersize the show’s appealing recipe without diluting its flavour. It’s a meaty treat that fans and newcomers alike can devour with relish.