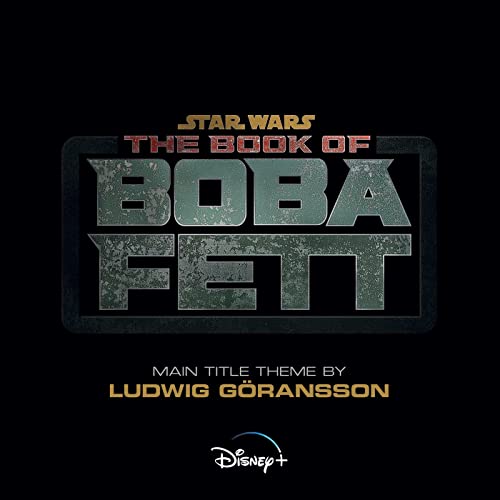 Walt Disney Records has released the main title theme from the Lucasfilm original series  “The Book of Boba Fett,” which is streaming exclusively on Disney+ starting today.

The Main Tite Theme is available to stream/download on all major digital music platforms, including Amazon.

The track was written by Academy Award, Grammy and Emmy Award winner Ludwig Göransson who has previously worked on The Mandalorian, Black Panther, Creed, Tenet, Community, and Venom.

You can listen to the song on YouTube below:

The Star Wars series premiered on Disney+ on Wednesday, December 29th,  new episodes will arrive every Wednesday through February 9, 2022

You can also watch a trailer for “The Book of Boba Fett” below: