“The Book of Boba Fett” has released the third poster in a new series collection with art by Ashraf Hassan Omar.  The Star Wars series premiered on Disney+ on Wednesday, December 29th, with new episodes arriving every Wednesday through February 9, 2022. 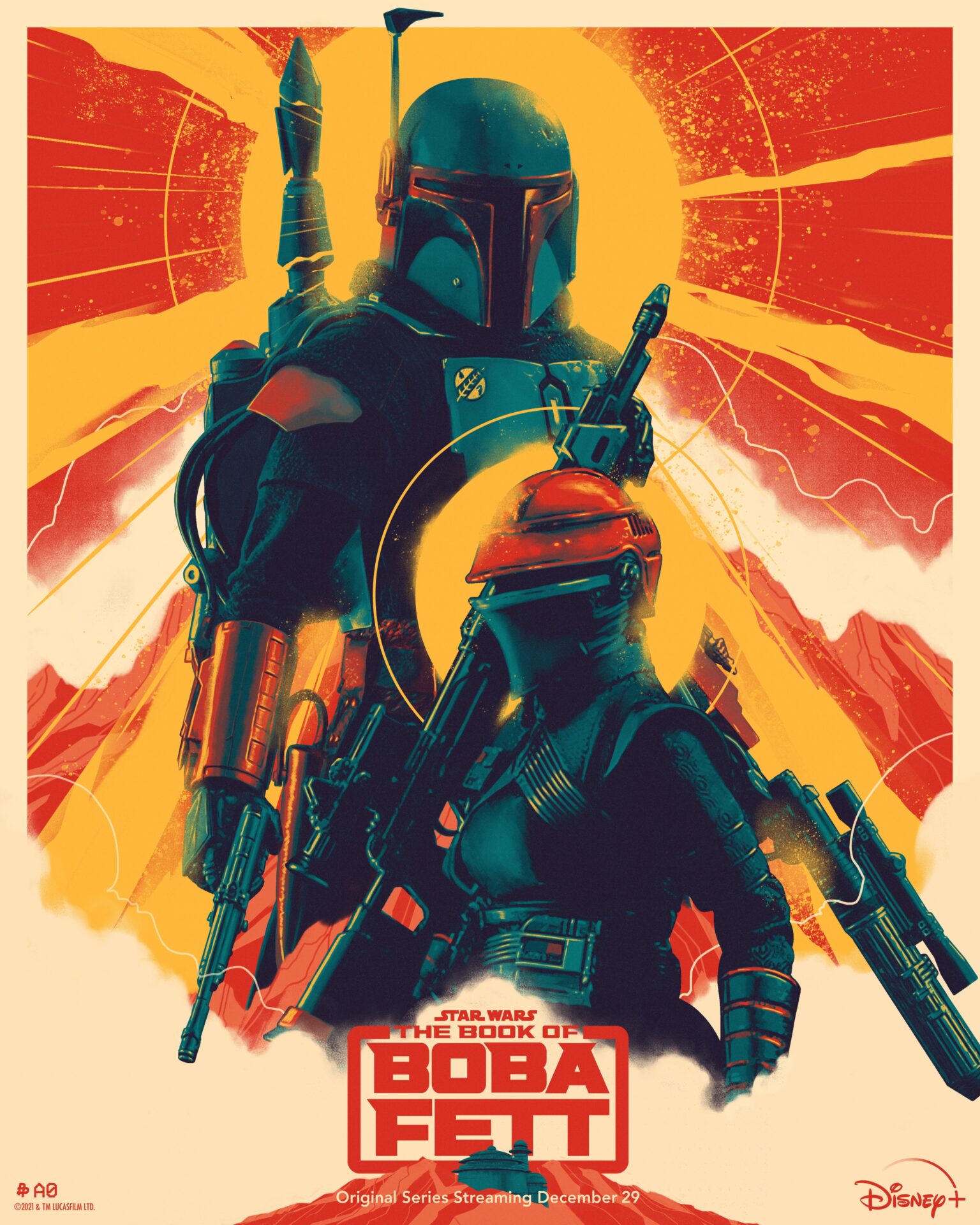