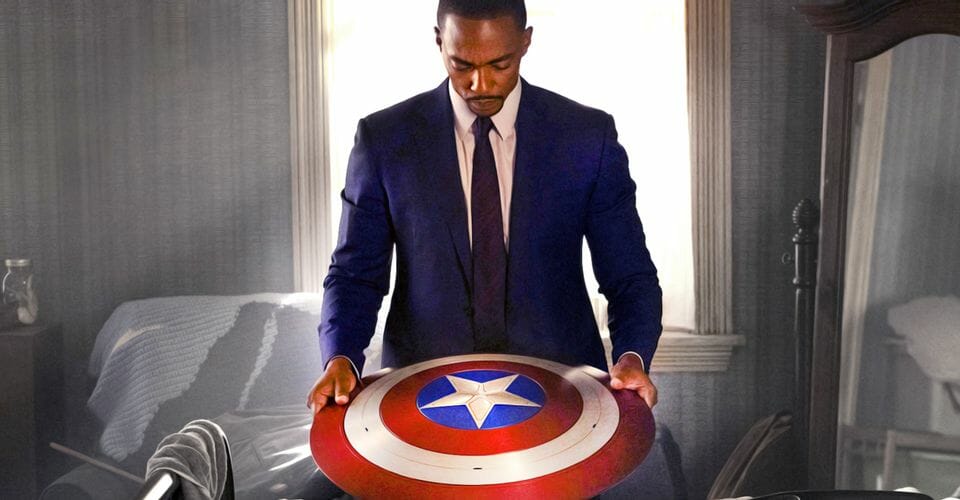 Spoiler alert for episode 2 of The Falcon and The Winter Soldier. If you haven’t seen this week’s episode, bookmark this post and come back to it once you have.

Phase 4 of the Marvel Cinematic Universe kicked off in January with WandaVision, the first television series made by Marvel Studios exclusively for Disney+. It’s safe to say that it was a hit, turning the MCU as we know it on its head in both style, scale and format. WandaVision gave us a detailed look at trauma, through the way Wanda chose to escape the real-life grief of losing Vision, by creating her own perfect world. If WandaVision spent much of its episodes in a false reality The Falcon and The Winter Soldier is here to give us all a reality check.

There is a lot of traditional Marvel action present in The Falcon and The Winter Soldier. Sam and Bucky have great chemistry, the scenes between the two are hilarious, and the dialogue is pure Marvel fun. What is woven into the fabric of this buddy-comedy though, is a sobering look at what it’s like to be Black in America and it seems perfect for our time.

During the events of Captain America: The First Avenger the US government genetically manufactured a super soldier in response to the threat of the Nazis. As far as the US government were concerned, Cap was a symbol, the perfect soldier, a representation of the strength of the US war effort, and of course he was white. Things turned out ok for Steve Rogers, but fast forward to episode 2 of The Falcon and The Winter Soldier and it’s time for America to pick its next Captain America and surprise surprise he’s still white.

To pick John Walker as a symbol of the American way not only dismisses Sam Wilson’s choice to leave Steve Roger’s legacy to rest, (he was even told by officials it was the right choice) but it totally rejects Sam’s choice to decide if he is worthy of being that symbol. If the US government felt they really needed a new Captain America then Sam Wilson surely should be the most obvious choice. So why wasn’t he their choice? As the series unfolds it is starting to paint a very real picture of what it means to be a black hero in the MCU, and a Black person in America.

Whilst being interviewed by Variety, The Falcon and The Winter Soldier’s showrunner Malcolm Spellman talked about dealing with some of the MCU’s baggage regarding Black heroes. “I think this is going to be an extremely relevant show in a lot of ways, and that is not by accident,” he said before going on to talk about how the reaction to seeing another white man with Cap’s shield at the end of episode 1 was very intentional. “Those moments you’re talking about are pointed, and we dig deeper and deeper and deeper as the series progresses.” One of those deeper moments takes place in episode 2, with the introduction of living super-soldier Isaiah Bradley. As far as looking upon Captain America’s history and Blackness within the MCU goes, it doesn’t get much deeper than him.

Isaiah Bradly was first introduced to the Marvel universe in the 2003 comic series ‘Truth: Red, White & Black. He was part of Project: Rebirth, a US government attempt to recreate the super-soldier serum using African American test subjects. The programme was cruel and inhumane and saw US scientists test flawed versions of the serum on 300 Black soldiers, killing all but one. The only survivor was Isaiah Bradley, who came away from the study with the strength and abilities of Captain America, in a Black body. 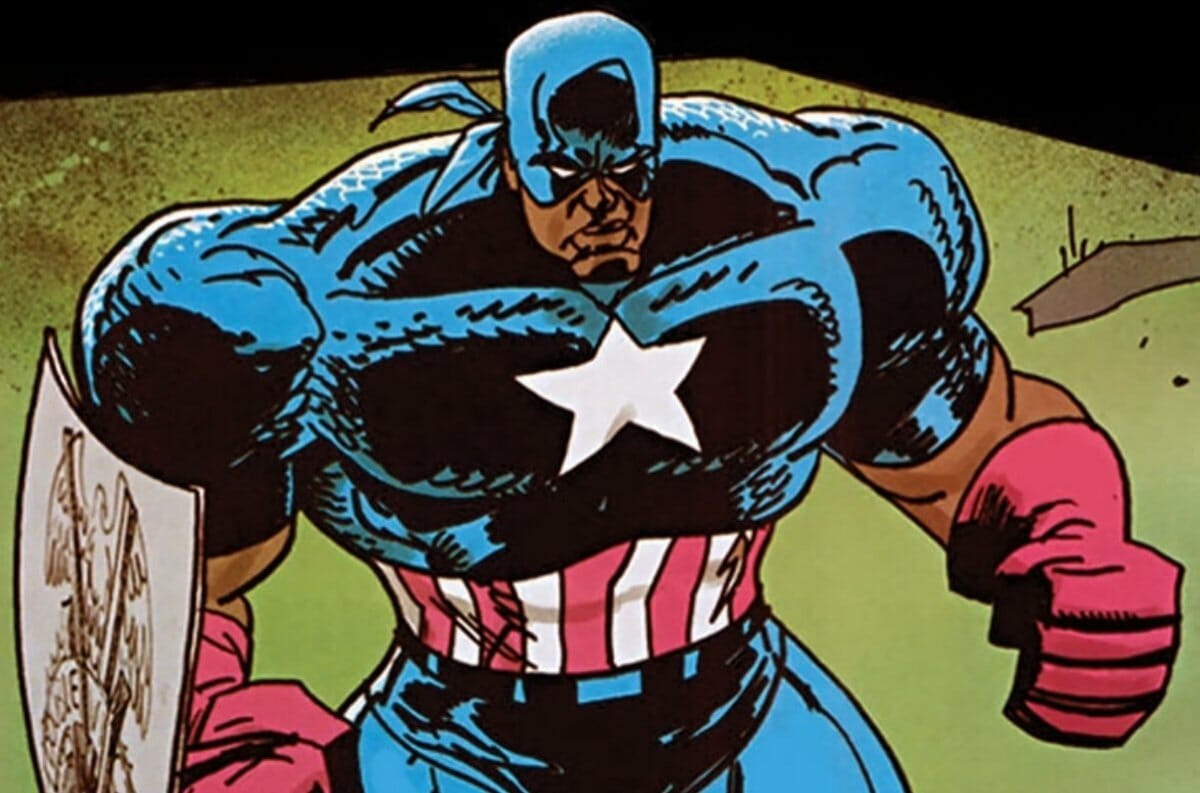 It’s explained in The Falcon and The Winter Soldier that Isaiah fought for the US during the Korean war, and after an encounter with The Winter Soldier was imprisoned for 30 years, during which time he was experimented on. It’s suggested that ‘Black Captain America’ was sent on suicide missions, and when the US had finished with him he was thrown in prison, and his existence buried for years.

Isaiah Bradley’s experience as a Black man used as an expendable test subject is a direct parallel to America’s real-life history of using Black people for scientific research. Marvel editor Axel Alonso directly referenced the Tuskegee Syphilis Study, during which the US Public Health Service used hundreds of Black men to observe the long term effects of syphilis. The men were not aware of the study’s intentions, or even of their own diagnosis, they were not treated for syphilis even after a cure was found. Most of the test subjects died by the time the study ended in 1972, 40 years after it began.

The idea of using the creation of a Black super-soldier to explain the structural racism contained within the American medical establishment was a bold move for Marvel comics. It’s an even bolder move for a Disney+ series to do the same. The Falcon and The Winter Soldier is about exploring the legacy of Captain America in the MCU. It is a legacy that allowed the US government to hand the shield to another white man, against Sam Wilson’s wishes, and the same legacy that killed hundreds of Black men in an effort to recreate the perfect soldier. History is repeating by once again pushing down a Black Captain America so that a white one can carry the shield for the American public.

The inclusion of Isaiah Bradley and his character’s history as canon in the MCU is a big deal. Having the show explore Sam Wilson’s justified choice to decline the mantle of ‘Black Captain America’ is one thing, but including a character whose very real history is an example of America’s destructive relationship with Black bodies is another. The fact that The Falcon and The Winter Soldier is able to have that conversation could well shape the future of the MCU and the way that it handles race.