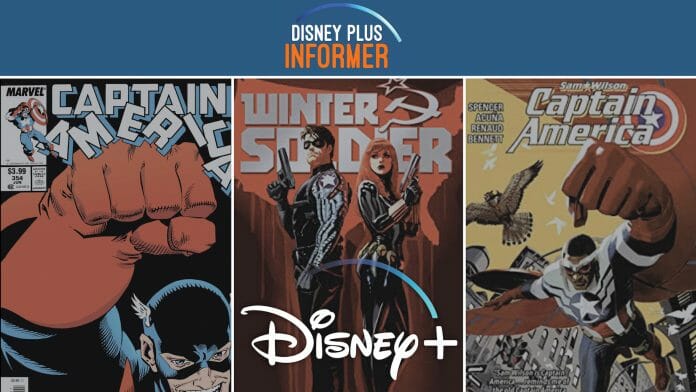 Marvel Studios is set to continue its reach of the Marvel Cinematic Universe with its second new Disney+ series The Falcon and The Winter Soldier. The series will reunited Sam Wilson (Anthony Mackie) with Bucky Barnes (Sebastian Stan) as they deal with the absence of Steve Rogers and emerging threats from new and old enemies.

With the series’ March 19th release in just over a week, now is the perfect time to read through some of the comics in preparation. With the two titular characters having long histories which date back to the 1940s and 1960s, there is a fair amount of source material to pull from. So here are just 3 comic runs that I think will best prepare you for the upcoming series. Whilst not necessarily based entirely on one or all of these series, I think they will provide great insight into the characters and the tone of the show. 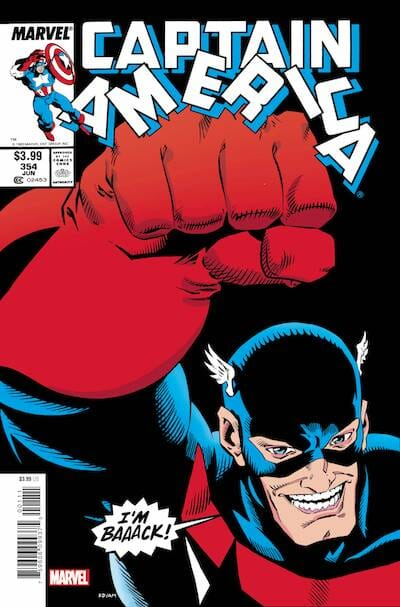 There are a number of reasons this particular run of Captain America should be your starting point, not least because its regarded as one of the best, most well rounded versions of Captain America in print. Mark Gruenwald introduced the character John Walker as Super Patriot, Captain America and later on US Agent, a character that is set to feature heavily in the DIsney+ show.

Gruenwald’s 137 issue run is a long one for sure, and with less than 2 weeks to prepare for The Falcon and The Winter Soldier on Disney+ you won’t have time to read it all. It’s worth coming back to though as a great basis for the character Chris Evans bought to life in the MCU. For now stick with the John Walker / US Agent storyline, which starts with issue #354. It see’s John Walker’s Captain America rebranded as US Agent, a storyline we’re set to see in The Falcon and The Winter Soldier series.

Fun fact – after his death in 1996 Mark Gruenwald’s ashes were mixed into the ink used to print the trade paperback of his Official Handbook of the Marvel Universe. 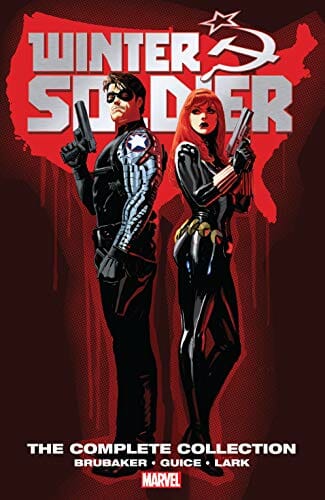 Ed Brubaker’s Winter Soldier is Bucky’s first solo series and features some of the most exciting superhero spy adventures you could ask for. It’s a beautiful book, with dark, shadowy line work and photo-realistic faces, which gives it a distinct gritty feel. Winter Soldier contains some of Bucky’s best stories since his return as Winter Soldier and the spy-thriller tone will no doubt have inspired The Falcon and The Winter Soldier. 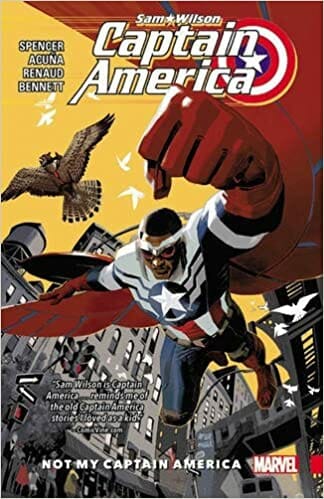 After the original Captain America had the Super Soldier Serum drained from his body and reverted back to his original age, he handed over his shield and the title of Captain America to Sam Wilson. Nick Spencer’s ‘Captain America: Sam Wilson’ is about Sam Wilson trying to do good as Captian America. His only problem is that after he expresses his political opinion, the public dislikes him. The run really develops the character of Sam Wilson, and is heavily focused on political themes for both it’s heroes and villains. Its set in a world that is very much divided, especially around the idea of superheroes and villains, similar to that of the MCU.

All of these series are available to read on the Marvel Unlimited app, a subscription service that gives members unlimited access to over 28,000 issues of Marvel’s classic and newer titles. They will also be available at your local, independent comic book store. Having access to Marvel’s huge back catalogue at the tap of a screen is great, but nothing beats the pages of a real life comic. The folks at your local shop will have a great knowledge of titles, and will be able to order anything they don’t have in stock.

Let us know what comics you’re enjoying reading and any that you’s recommend!