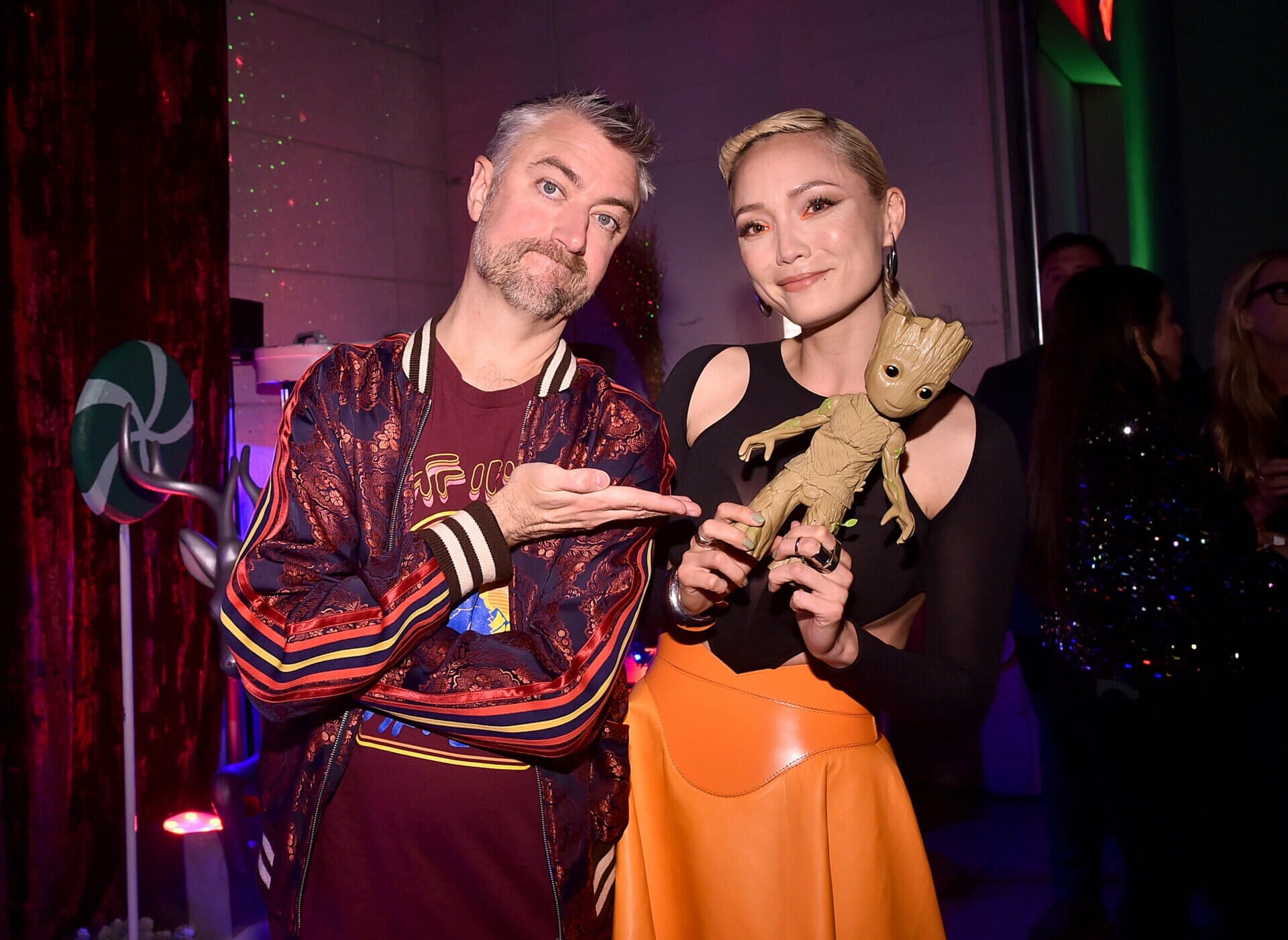 Tonight in Hollywood, stars Pom Klementieff and Sean Gunn attended a screening event for the upcoming “The Guardians of the Galaxy Holiday Special,” which premieres exclusively on Disney+ November 25.

Kick your holiday spirit in gear and join Kevin Feige, James Gunn, Chris Pratt and Sean Gunn as they talk about the holiday special in the “Guardians of Cheer” featurette.  Check out the video below:

In “The Guardians of the Galaxy Holiday Special,” the Guardians, who are on a mission to make Christmas unforgettable for Quill, head to Earth in search of the perfect present.