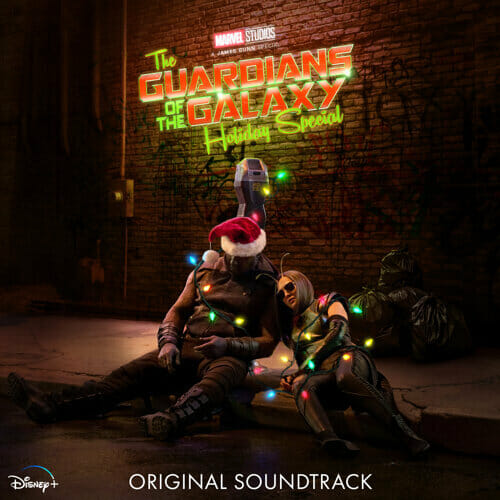 Hollywood Records & Marvel Music have released the official soundtrack album for Marvel’s upcoming Special Presentation The Guardians of the Galaxy Holiday Special. The special releases on Disney+ on Friday, November 25, 2022.

The album features the special’s original score composed by John Murphy  Murphy has previously worked on The Suicide Squad, Sunshine, 28 Days Later…, Kick-Ass, Snatch, and Miami Vice. Also included are the songs I Don’t Know What Christmas Is (But Christmastime Is Here) performed by the Old 97’s and Here It Is Christmastime by Kevin Bacon & Old 97’s.