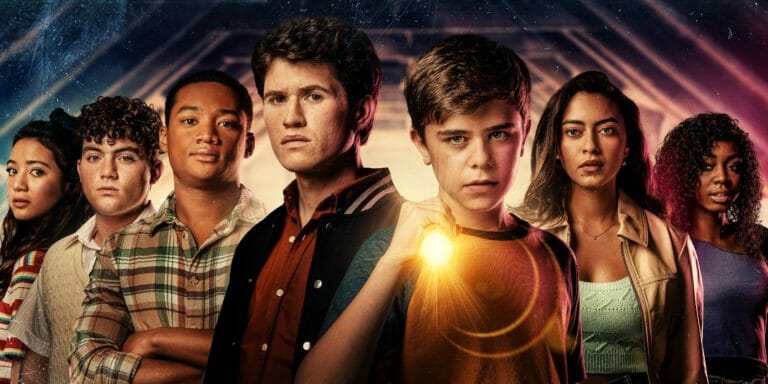 “The Hardy Boys” has started production on its third and final season, Variety reports.

Filming on the final eight, hour-long episodes is currently underway in Toronto and southern Ontario, Canada.

According to Variety, Season 3 is expected to pick up following the cliffhanger events in the second season, and follow the boys and their friends as they dig up more secrets and conspiracies. Meanwhile, they’ll continue piecing together their great-grandfather’s map to uncover a powerful relic before it falls into the wrong hands.

The outlet also reports that Bailee Madison (Pretty Little Liars: Original Sin) is joining the third season in a guest-starring role. She’ll play Drew Darrow, a “fun but often frustrating new ally with a brilliant mind and appetite for magic and mysteries.”

“From its inception, it’s been a joy to work with Lambur Productions, Hulu and YTV on ‘The Hardy Boys’ and introduce these iconic characters and gripping adventures to a new generation,” said Pam Westman, president of Nelvana.

“The exceptional cast and crew brought the revered Hardy Boys adventures to life, successfully engaged audiences around the world and garnered awards and critical acclaim. As this mystery comes to a close, we’re looking forward to providing fans with more mystery-solving action, surprising turn-of-events, and laughs in a wild final season,” continued Westman.

“We’re excited that we’ve been able to produce a compelling and complex conclusion to ‘The Hardy Boys’ this season,” said Joan Lambur, executive producer for Lambur Productions. “It’s been an honor to work on this iconic title with an amazing cast and crew, alongside our incredibly supportive partners at Nelvana, Corus and Hulu.”

Picking up six months after the events of Season 1, Season 2 of “The Hardy Boys” finds Frank and Joe tackling another complicated mystery when a local Bridgeport teen goes missing and a shadowy corporation moves into town.

Seasons 1 and 2 of the show are currently streaming on Hulu in the U.S. and Disney+ in Canada, Australia and New Zealand.

The third season is expected to premiere next year on Hulu in the U.S. and on YTV and STACKTV in Canada, with more international networks to be announced.