Skip to content
Home » Blog » ‘The Mandalorian’ Characters Could Be Headed to Star Wars: Galaxy’s Edge 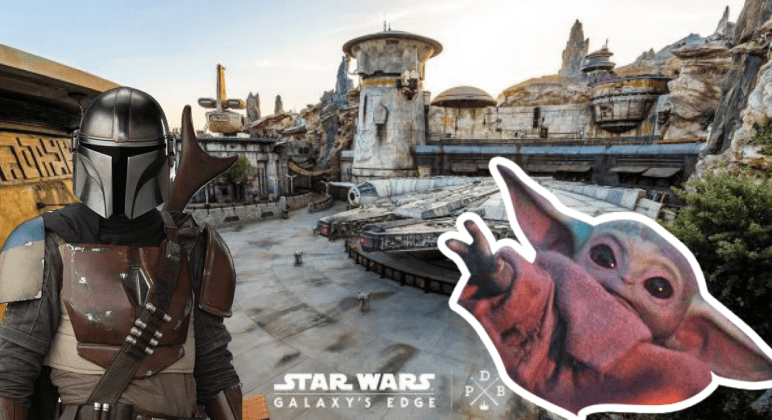 Almost a year ago, Lucasfilm’s senior vice president of licensing, Paul Southern, indicated that a meet & greet opportunity featuring characters from “The Mandalorian” would be coming to Disney Parks in the “very near future.”

“So, the reality is that we feel it’s really important for our guests at the parks to be able to meet all of our key characters on a first-hand, personal basis,” Southern told In The Know. “And so it’s something we’re working on. We think it’s appropriate, and I think it’s something the guests at the parks can look forward to in the very near future.”

Fast forward to today, and reports are surfacing again that charcters from the hit show are reportedly coming to Star Wars: Galaxy’s Edge at Disneyland Resort in California and Walt Disney World Resort in Florida.

Fans are quick to point out that everything within Star Wars: Galaxy’s Edge takes place between The Last Jedi and The Rise of Skywalker. Given that timeline, “The Mandalorian” characters would be a bit out of place at the Black Spire Outpost.  However, Drew Taylor over at Collider is quick to respond that “The Mandalorian” takes place five years after the events of Return of the Jedi; the first “sequel trilogy” installment The Force Awakens takes place around 30 years after Return of the Jedi. So conceivably these characters could still be crisscrossing the galaxy at this time.

No matter how Disney tries to integrate The Mandalorian characters onto the planet of Batuu, fans can expect to see Din Djarin and Baby Grogu, but there’s also rumors that characters like Boba Fett and Bo Katan could be walking around Star Wars: Galaxy’s Edge too. There are even reports that Kylo Ren’s ship (a leftover design from Colin Trevorrow’s version of Episode IX) could be swapped out for a full-size version of the Razor Crest in the land.

One thing is certain, Star Wars fans are super excited about the addition of these new characters to Disneyland and Walt Disney World.

Walt Disney World Resort reopened to the public back in July.  Disneyland Resort has yet to reopen after shutting its gates back in March due to the pandemic.