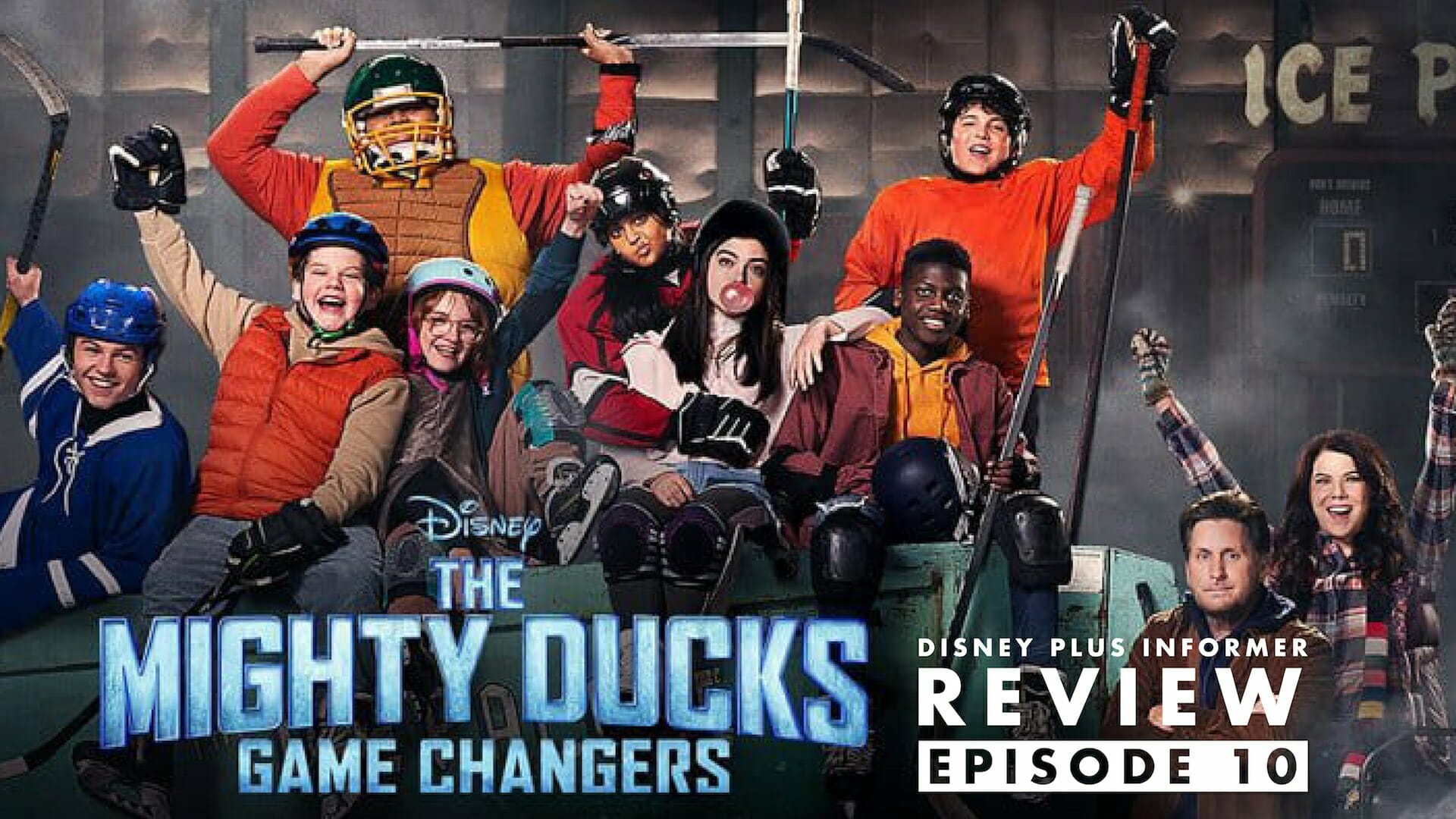 Episode 10 of The Mighty Ducks: Game Changers State of Play’ drops this Friday exclusively on Disney+. The tenth episode is packed full of action, emotion, fun and nostalgia, oh and not forgetting that it also happens to be the season one finale!

Evan and his team of ‘Don’t Bothers’ have come a long way since the first episode. Having been cut from his team, The Mighty Ducks Evan is ready to give up on Hockey for good, but the worst day of his life soon turns into the first day of the rest of his life when his mom Alex comes up with a plan to make hockey fun again. After assembling an unlikely team and finding themselves a practice venue the group of friends go on a journey that teaches them the importance of friendship, and what it means to have fun.

Fast forward 10 episodes and The Don’t Bothers have made it to State finals, a big achievement for the team and something that becomes all the more real when they see their team name on the match bracket.

The first third of the finale is spent building up to the final of the state championship. No surprises for guessing that the Ducks make it through to the final. The Don’t Bothers do well too, with only one game to win until they reach a final showdown with their arch rivals. Coach T is his usual horrible self, he’s a character that I’ve enjoyed seeing, despite how nasty he is, although I’d like nothing more than to see the smug grin wiped off his face by loosing badly.

Mary Jo does a great job commentating for most of the episode, she’s reporting live from the ice alongside her dad, who had to step in for Nick when he was offered a place on the team. The narration adds a nice dynamic to the episode, bringing with it some humour.

Things could end up going wrong for Sofi though, who may or may not have picked up a knee injury. When I say may or may not, it’s because of the fact that she wants to keep her injury on the down-low to ensure she gets to play. Without giving too much away, lets just say that things probably won’t go according to plan for her.

The scenes on the ice are really nice in this episode. They feel very similar to those from the original trilogy which is good to see. Sticking with nostalgia, there is plenty in the final episode, something that the series as a whole has managed to balance very well.

I’m not going to go into any more plot details, as I really don’t want to spoil things for you, but rest assured there is plenty of action on and off the ice. There are sweet moments that are both sad and happy and even though I thought I could predict where things were going, I was still very much surprised by what happened.

I’ve enjoyed The Mighty Ducks: Game Changers very much. It’s a series that has remained grounded, despite being attached to one of the most beloved Disney franchises. People can often be sceptical about their favourite movie being remade, and I think that Disney has done this series really well. New characters and ideas have been mixed with just the right amount of nostalgia.

There’s not much more I can say other than to sit back and enjoy the season 1 finale, there is certain to be a season 2 at some point and I think that there are still plenty of opportunity to see how these new players develop. So on that note, Ill sign off simply by saying the following: