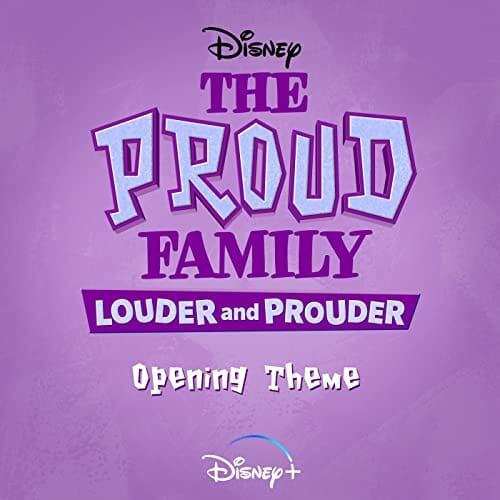 Disney+’s new Original animated series “The Proud Family: Louder and Prouder” is now available to stream on Disney+.  The series launched with two episodes on Wednesday, February 23 and new episodes will drop every week through April 20, 2022.

Walt Disney Records has released the opening theme song from the new series. The track was written by series composer Kurt Farquhar who has previously worked on Black Lightning and The King of Queens, and also Gerald ‘Gee Gee’ Harbour.  The song is performed by Joyce Wrice and is now available to stream/download on all major digital music platforms, including Amazon and Spotify.

You can check out a music video for the opening theme song below:

A full soundtrack album featuring more songs from the show is expected to release soon.

You can watch a trailer for “The Proud Family: Louder and Prouder” below: