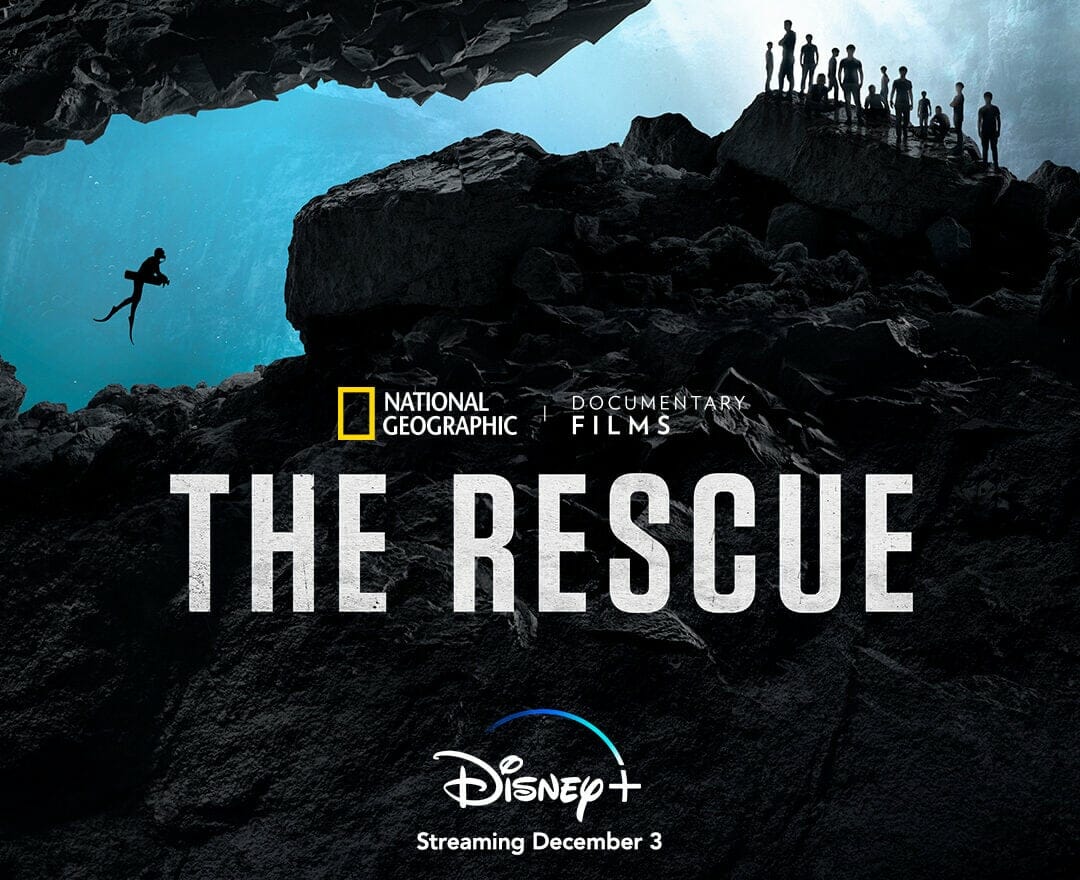 Disney+ announced today that “The Rescue,” the latest feature documentary from Academy Award®-winning directors and producers E. Chai Vasarhelyi and Jimmy Chin, and National Geographic Documentary Films, will premiere on the service on Friday, December 3 in English-speaking territories, followed by a worldwide streaming release in most territories later in the month.

You can check out the new Disney+ poster released today below: 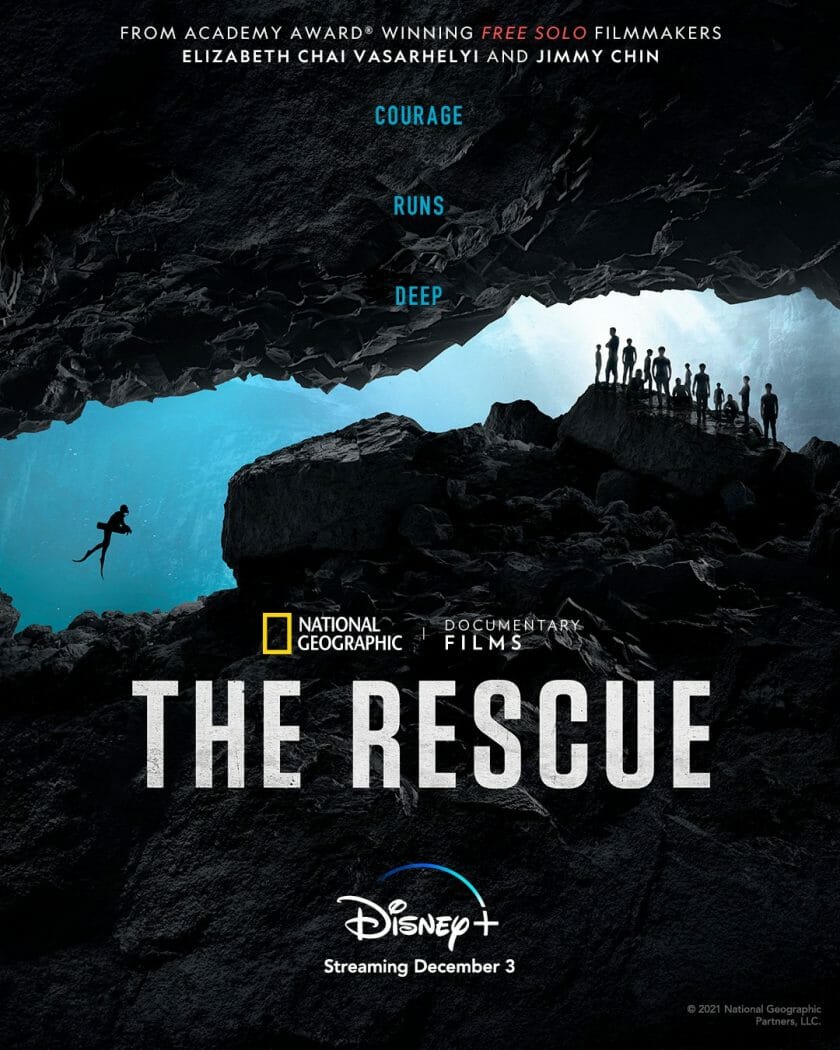 You can also watch the trailer for the documentary below:

“At its core, ‘The Rescue’ is a story about a collection of people of all different nationalities, languages and cultures working together to achieve a common goal,” said Chai Vasarhelyi and Jimmy Chin. “In making the film, we were reminded of the beauty of humanity, especially after the last several years where the world has seemed more divided than ever before. We are  thrilled to be able to bring the film to audiences across the country and around the world through Disney+ and allow viewers everywhere to discover this extraordinary story of human triumph and compassion for themselves.”

In the summer of 2018, a short outing after soccer practice became a two-week saga of survival and a story that soon captured the world’s attention. Monsoon rains had trapped twelve boys and their coach in a labyrinthian cave in Northern Thailand, and within days thousands of people had descended on the area to try to help. But were the boys even still alive? Anticipation and anguish hung in the air until they were found, trapped in a pitch-black chamber two kilometers deep into the cave. The next question—immediate, obvious, and confounding—was how to get them out.

“The Rescue” is a dramatic and emotional retelling of one of the most perilous and extraordinary rescues in modern times. With exclusive interviews and a wealth of never-before-seen material, the film takes us into the infamous cave, highlights the efforts of the Royal Thai Navy SEALs and US Special Forces, and details the expert cave divers’ audacious venture to dive the boys to safety. The film keeps viewers on the edge of their seats as it shines a light on the high-risk world of cave diving, the astounding courage and compassion of the rescuers, and the shared humanity of the international community that united to save the boys. In the tradition of their earlier films “Free Solo” and “Meru,” Vasarhelyi and Chin document a profoundly daring physical feat, laying bare the details of the seemingly impossible rescue.

The film’s award-winning full soundtrack from composer Daniel Pemberton, along with the original song titled “Believe” from singer-songwriter Aloe Blacc were released today from Disney Music. Pemberton has been regularly cited as one of the most exciting and original new voices working in modern film scoring today. In 2021, he received his first Oscar nomination for Best Original Song for his work on “Hear My Voice” co-written with Celeste, in addition to winning Film Composer of the Year by the World Soundtrack Academy. Constantly working with some of the most renowned names in the industry Pemberton has scored projects for the likes of Danny Boyle (“Yesterday,” “Steve Jobs”), Ridley Scott (“All the Money in the World,” “The Counsellor”) Aaron Sorkin (“The Trial of the Chicago 7,” “Being The Ricardos”), and Darren Aronofsky (“Welcome to Earth”, “One Strange Rock”.)

Said Pemberton, “‘The Rescue’ is an incredibly intense and thrilling cinematic experience. However, the directors Jimmy and Chai wanted the audience to leave with a sense of release and hope and tasked us with writing a song that was unashamedly optimistic and that captured, in their words, the idea you could ‘believe in the impossible’. There are two key moments in the film we all found ourselves drawn to – when the UK divers first encounter the boys in the cave, Rick Stanton simply says the word ‘believe’ over and over again in surprise and shock, and later when US Marine Derek Anderson asks ‘what does the impossible look like?’. We all wanted a song that captured that feeling, that elation, and that moment of hope when all thirteen boys, against all odds, were brought out alive. It’s been a fantastic journey working alongside Gary Go and Aloe Blacc to create something that hopefully represents that very unique moment of global positivity and optimism.”

Aloe Blacc, the singer/songwriter of “Believe” added, “The world’s biggest problems are only as complicated as our willingness to join as a global community to solve them. I believe that together we can overcome any obstacle.”