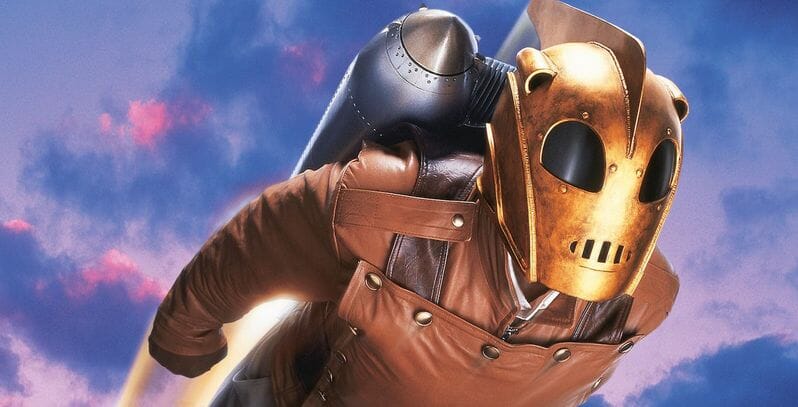 Disney has announced that The Rocketeer 2 is currently in development for  Disney+.

We don’t know much about the movie yet, but we do know that The Rocketeer 2 will be a direct sequel to the original film and take place during the Cold War. According to Movieweb, Azia Squire is set to write the sequel.

If case you aren’t familiar, the 1991 film was based on the indie comic book series “The Rocketeer” by Dave Stevens.  Set in the 1930s, it follows the story of a stunt pilot named Cliff Secord who, after finding an experimental jet pack, becomes a crime fighter called the Rocketeer.

An animated series based on the cult hit premiered on Disney Channel, Disney Junior and DisneyNOW back in November. The children’s series follows a seven-year-old aspiring pilot who takes on the mantle of the Rocketeer and protects her town from danger.

You can currently stream the original 1991 The Rocketeer movie on Disney+.