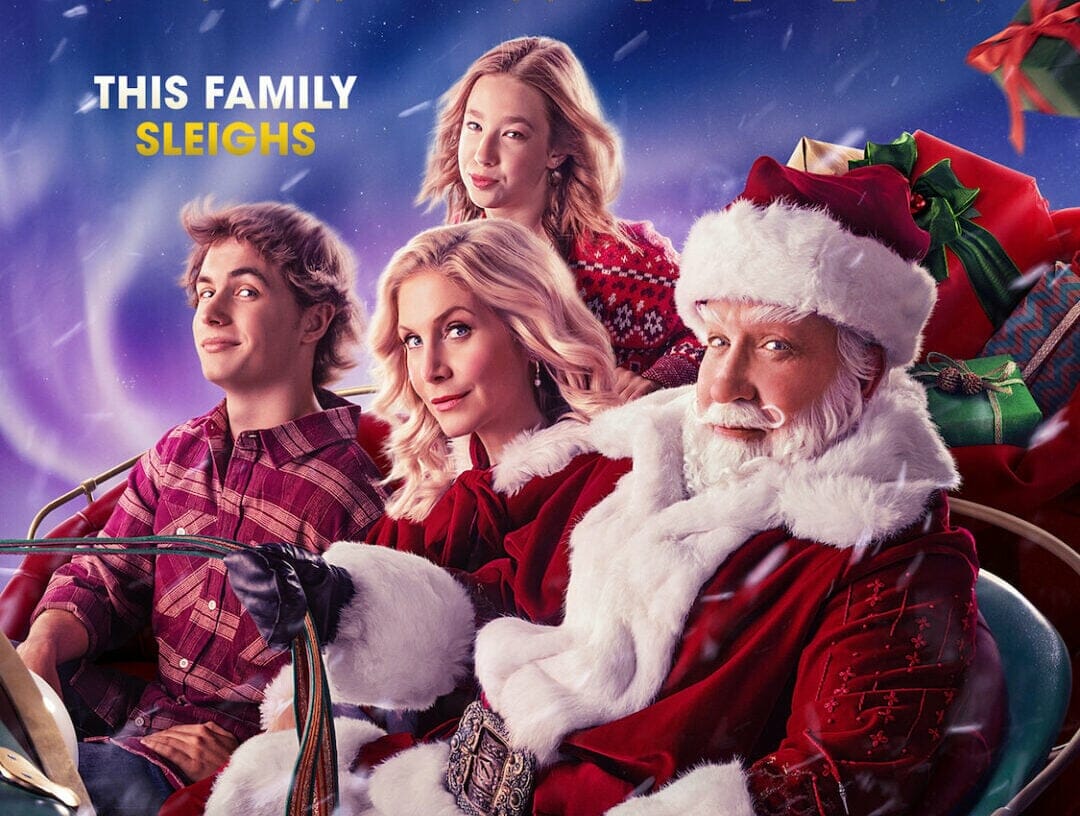 Disney has announced that the first two episodes of the Disney+ Original series “The Santa Clauses” will be coming to ABC, Freeform, FX and the Disney Channel in the United States.

You can check out the schedule below: 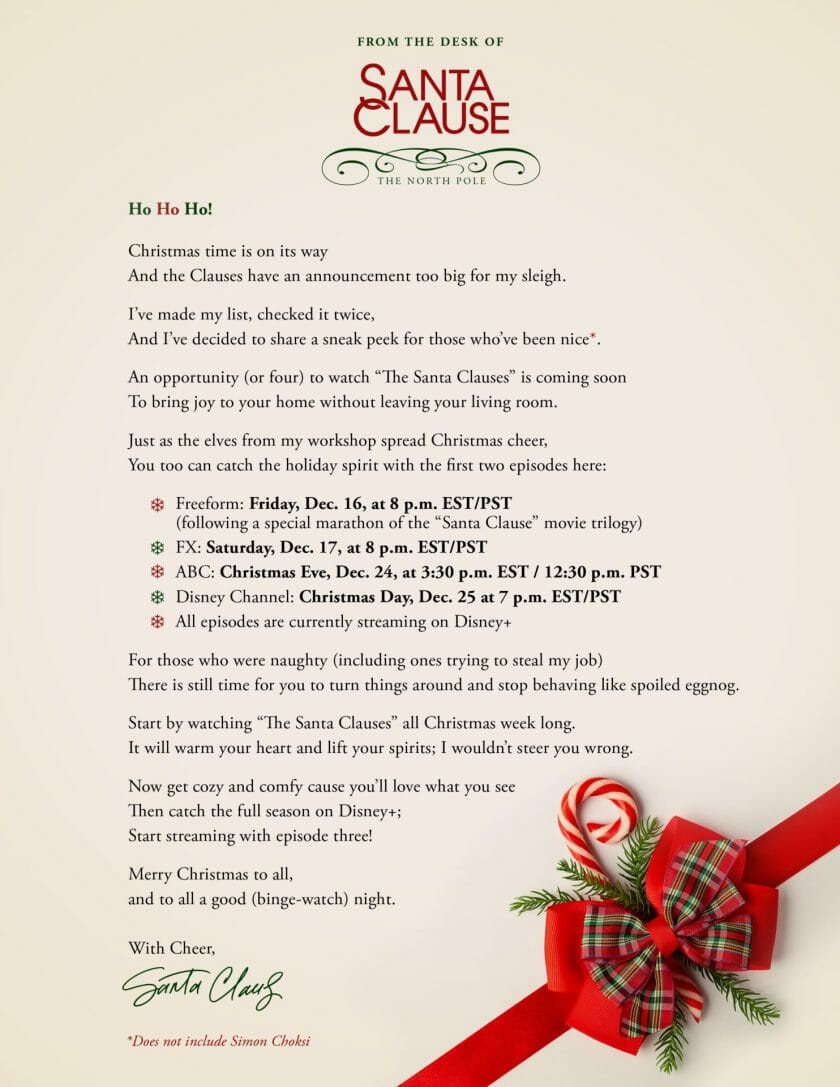 All 6 episodes of Season 1 of “The Santa Clauses” are streaming now on Disney+. The series has been renewed for a second season.

2 thoughts on “‘The Santa Clauses’ Coming to ABC, Freeform, FX, & Disney Channel (US)”