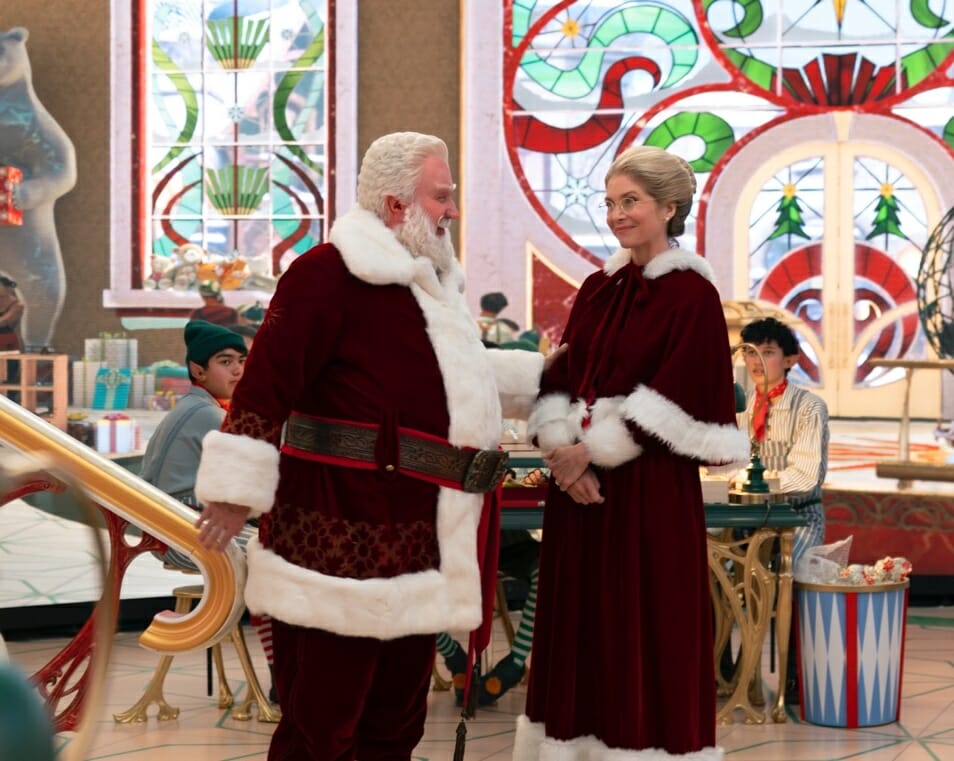 Disney Legend Tim Allen will executive-produce and continue in the beloved role of Santa/Scott Calvin and Elizabeth Mitchell will reprise her role as Mrs. Claus/Carol from Walt Disney Pictures’ blockbuster franchise.

“This franchise has had a lasting impact for so many families, truly becoming part of their annual holiday traditions,” said Ayo Davis, president, Disney Branded Television. “Bringing it back as a series has been a true gift, and I’m grateful to our producing partners at 20th Television and, of course, Tim Allen and team, that we have yet another reason to celebrate this holiday season.”

Allen first portrayed Santa/Scott Calvin in the 1994 film “The Santa Clause.” Mitchell is introduced as Carol in the 2002 sequel “The Santa Clause 2” when Allen’s character must find a Mrs. Claus in order to continue being Santa.

Allen, whose popularity skyrocketed as the star of the top-rated ABC series “Home Improvement,” earned numerous awards for his role of Tim “The Tool Man” Taylor, including a Golden Globe in 1994 and The People’s Choice Award for eight consecutive years from 1992-1999. Allen also starred for nine seasons on the hit series “Last Man Standing.” In 1995, the multi-talented actor lent his voice to Buzz Lightyear in Pixar’s first computer animated film, “Toy Story.” He reprised the iconic role as the arrogant, yet lovable, space action figure in two sequels, 1999’s “Toy Story 2” and 2010’s “Toy Story 3.” He also appeared as the character in a number of “Toy Story” short films including “Hawaiian Vacation,” “Small Fry” and “Partysaurus Rex.”

Mitchell, Emmy-nominated for her starring role as Juliet on ABC’s “Lost,” re-teamed with creator JJ Abrams as Rachel on his drama “Revolution.” Additionally, she has appeared as Snow Queen on ABC’s “Once Upon A Time,” followed by the international drama, “Crossing Lines,” and will play the lead protagonist on the upcoming season of “Outer Banks.”

In season one of “The Santa Clauses” Scott Calvin returns after being Santa Claus for nearly thirty years, and he’s as jolly as ever. But as Christmas declines in popularity, so does his Santa magic. Scott struggles to keep up with the demands of the job, as well as being there for his family. Upon discovering there is a way to retire from his post, Scott considers stepping down as Santa Claus and finding a worthy successor so that he can become a better father and husband.

The Disney Branded Television series is a production of 20th Television, a part of Disney Television Studios.