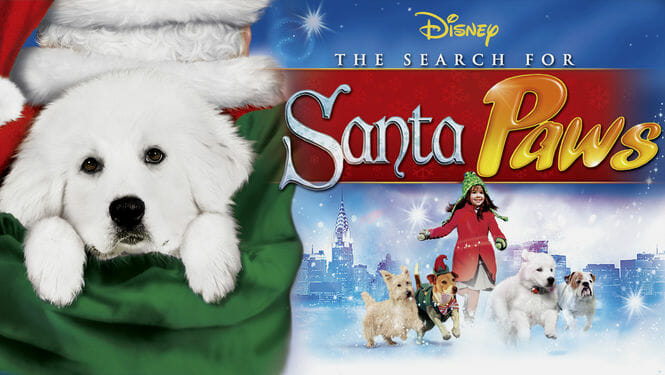 Disney+ has announced the full list of everything coming to the United States in November including premieres of new Disney+ Original Series, additional episodes of fan-favorite series, and new library title additions.  One of the library titles that will be added to the service next month is “The Search For Santa Paws” which arrives on Friday, November 5th.

When Santa and his new best friend, Paws, discover that the boys and girls of the world have lost the spirit of the season, they take a trip to New York City. But after Santa loses his memory, it’s up to Paws, a faithful orphan named Quinn (America’s Got Talent’s Kaitlyn Maher), her new friend Will (The Game Plan’s Madison Pettis) and a wonderful group of magical talking dogs to save St. Nick and show the world what Christmas is really all about.