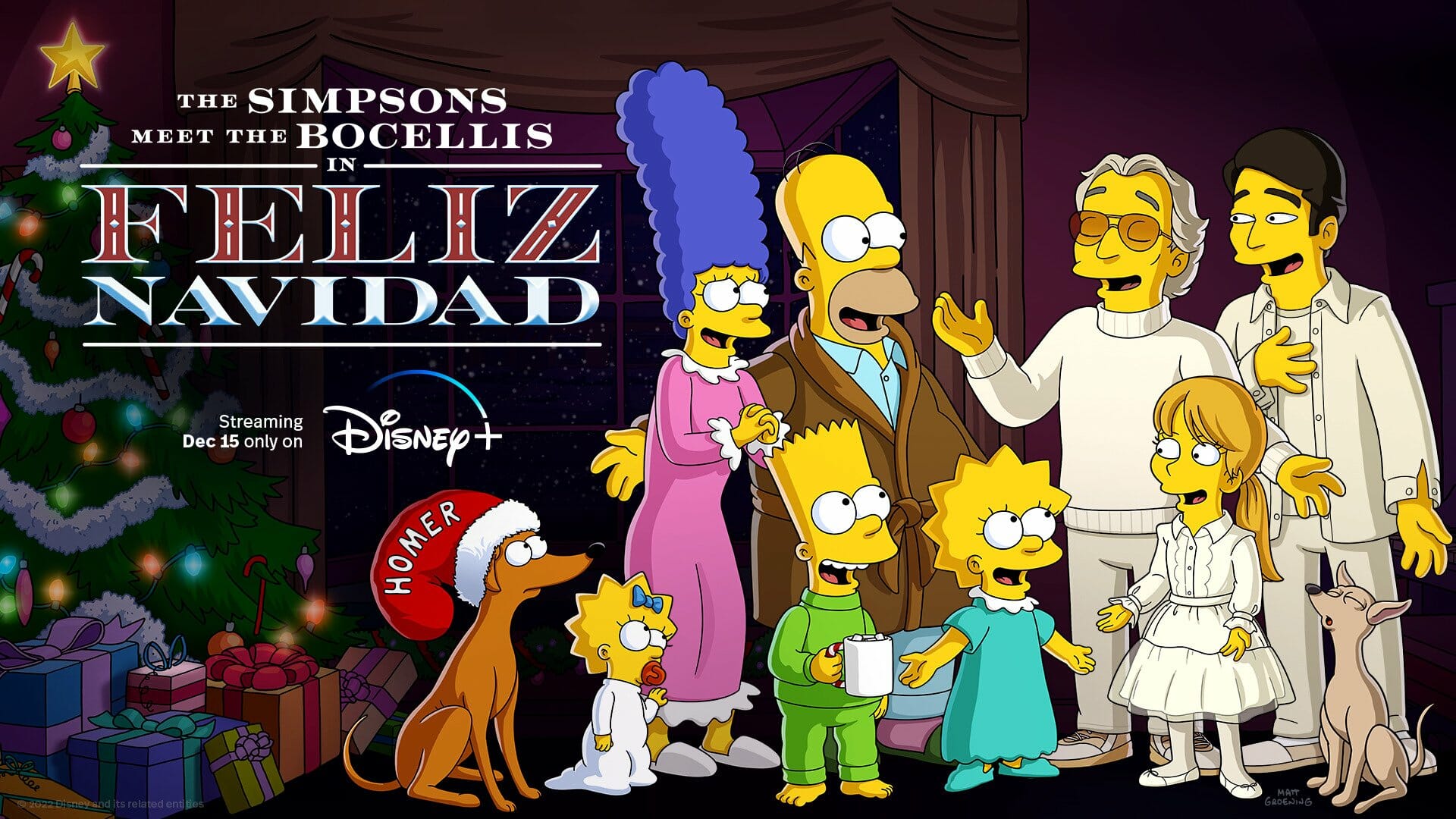 Christmas is coming early this year for fans of “The Simpsons!” Today, Disney+ announced that the new short “The Simpsons meet the Bocellis in ‘Feliz Navidad’” will launch December 15 exclusively on the streaming service. In the upcoming short from “The Simpsons,” Homer surprises Marge with the ultimate gift: an unforgettable performance from Italian opera superstar Andrea Bocelli and his 25-year-old son Matteo and 10-year-old daughter Virginia. 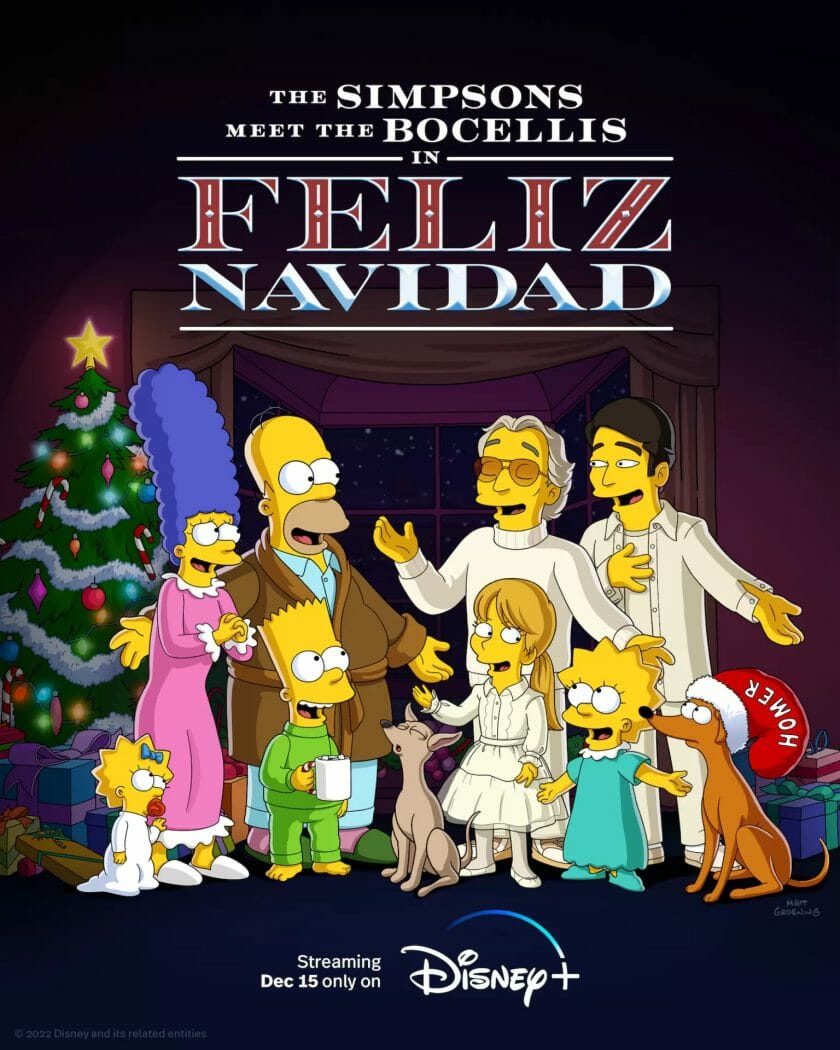 On December 15, Andrea, Matteo, and Virginia Bocelli will also release the new single “Feliz Navidad” featured in the short and off their new album, “A Family Christmas.”

The festivities continue December 17 as “The Simpsons” celebrates 33 years since its first episode aired in 1989. The first 33 seasons of “The Simpsons” are currently available to stream on Disney+.

“The Simpsons meet the Bocellis in ‘Feliz Navidad’” is the latest in a collection of shorts from “The Simpsons” created exclusively for Disney+. The previously released shorts “Welcome to the Club,” “When Billie Met Lisa” (Emmy® nominated), “Maggie Simpson in ‘The Force Awakens from Its Nap’” (Emmy® nominated), “The Good, The Bart, and The Loki” and “The Simpsons in Plusaversary” are currently available on Disney+. All of these and more can be found in “The Simpsons” collection on the streaming service here: https://www.disneyplus.com/franchise/the-simpsons