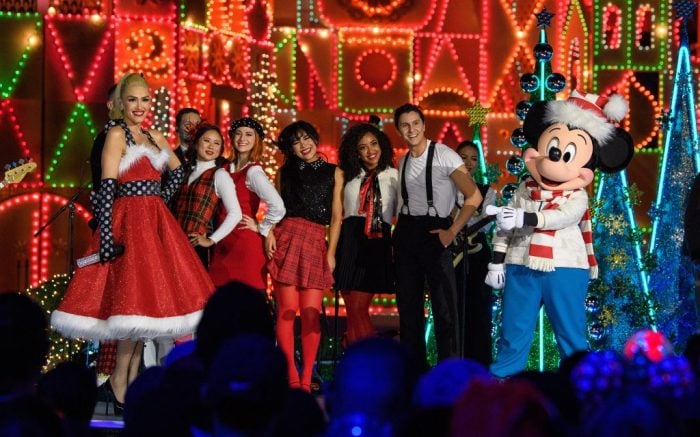 Disney+ has announced that “The Wonderful World of Disney: Magical Holiday Celebration” will be coming to the streaming service in the United States on Friday, December 24th.  The holiday special originally aired on the ABC Network on November 28th.

“The Wonderful World of Disney: Magical Holiday Celebration” is hosted by Derek Hough, Julianne Hough and Ariana DeBose and offers heartwarming moments and exclusive sneak peeks at what’s new around The Walt Disney Company. Viewers can look forward to a sneak peek at Star Wars: Galactic Starcruiser, opening March 1, 2022, at Walt Disney World Resort; a trip on board the all-new Disney Wish from Disney Cruise Line; and special looks at Walt Disney Animation Studios’ “Encanto” and Steven Spielberg’s new film “West Side Story.” As part of The World’s Most Magical Celebration, commemorating 50 years of Walt Disney World Resort, every touch of holiday magic will be an extra special, EARidescent treat.

Musical performances for “The Wonderful World of Disney: Magical Holiday Celebration” include the following: