Marvel Studios has released three new character posters for its animated series “What If…?” which is now streaming on Disney+. These are in addition to the two character posters which were released earlier today that featured a zombified Captain America and Hawkeye. The newly released posters feature zombie versions of Falcon, Dr. Strange and Iron Man from Episode 5 which releases Wednesday, September 8th. 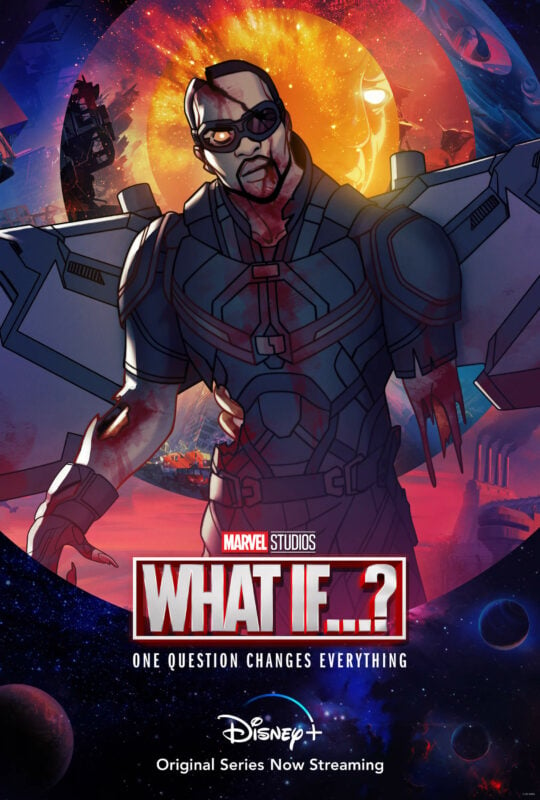 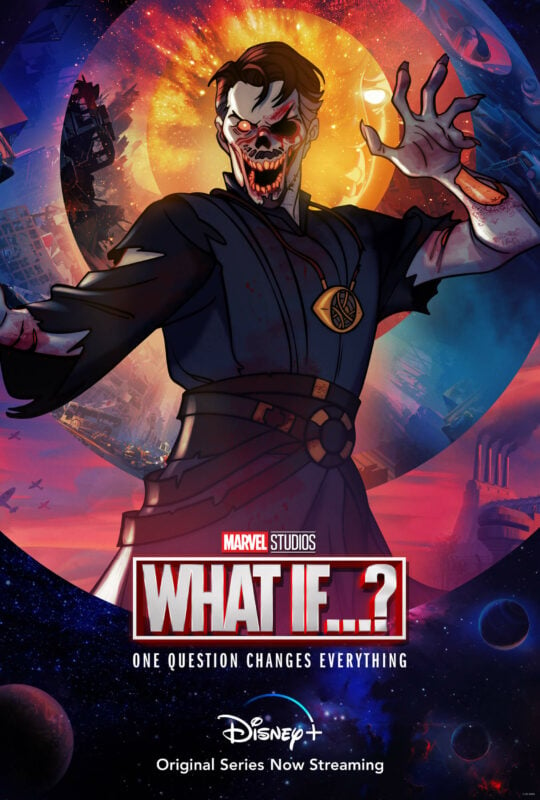 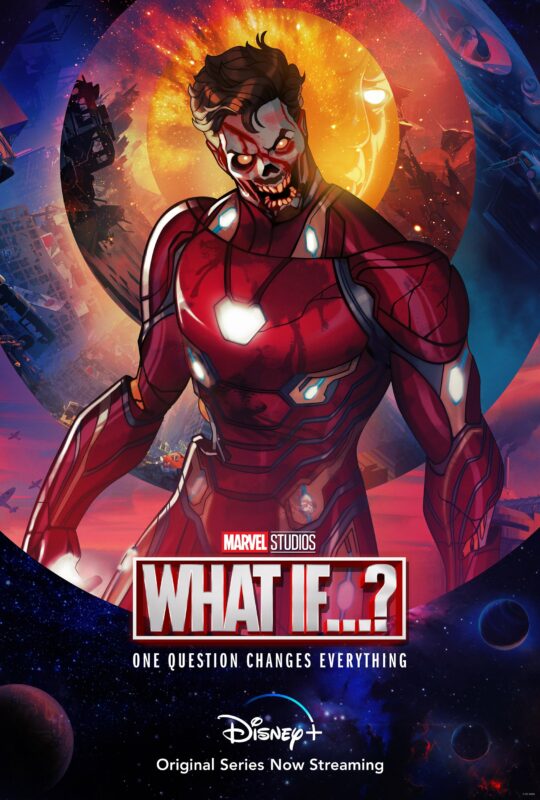 The first four episodes of “What If…?” are streaming now on Disney+, with new episodes dropping every Wednesday.