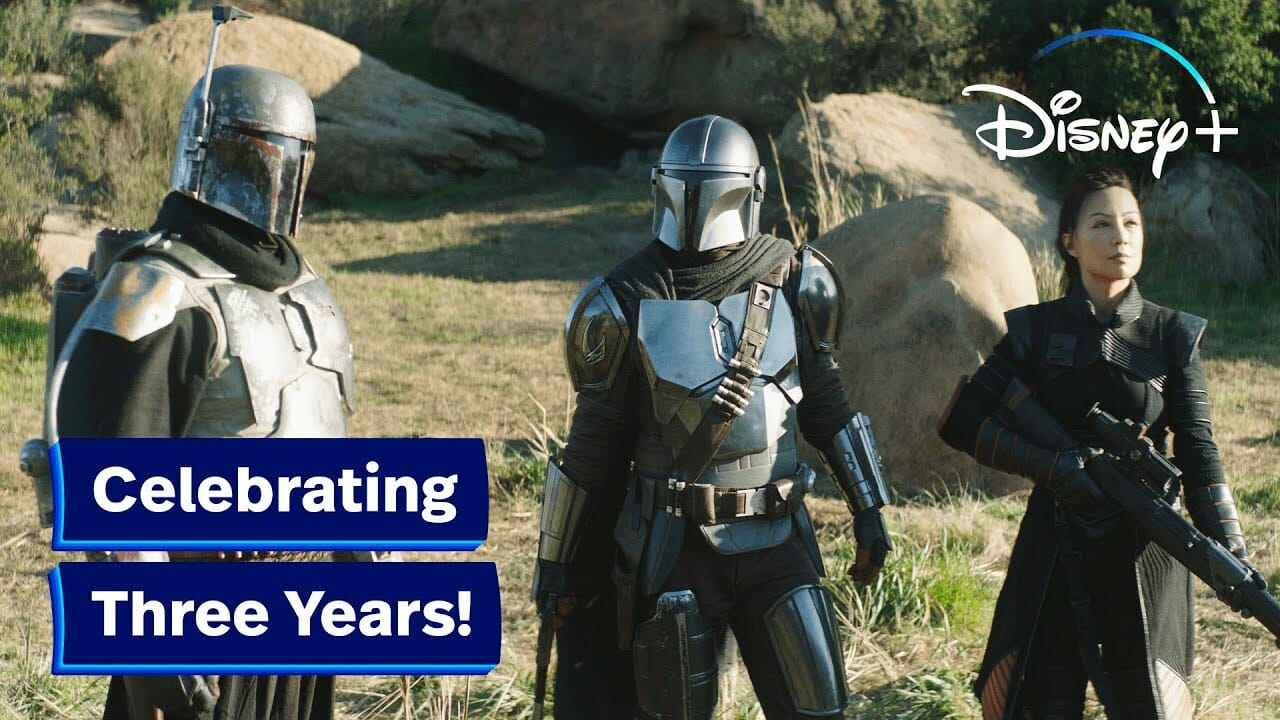 Coinciding with the anniversary, Disney+ launched a new trailer showcasing all of the content that is available to stream on Disney+.

Celebrate three years of Disney+ with some of our most iconic teams of three. From Lion King‘s Simba, Timon, and Pumbaa to Encanto‘s Mirabel, Luisa, and Isabela, three is always a party at Disney+!