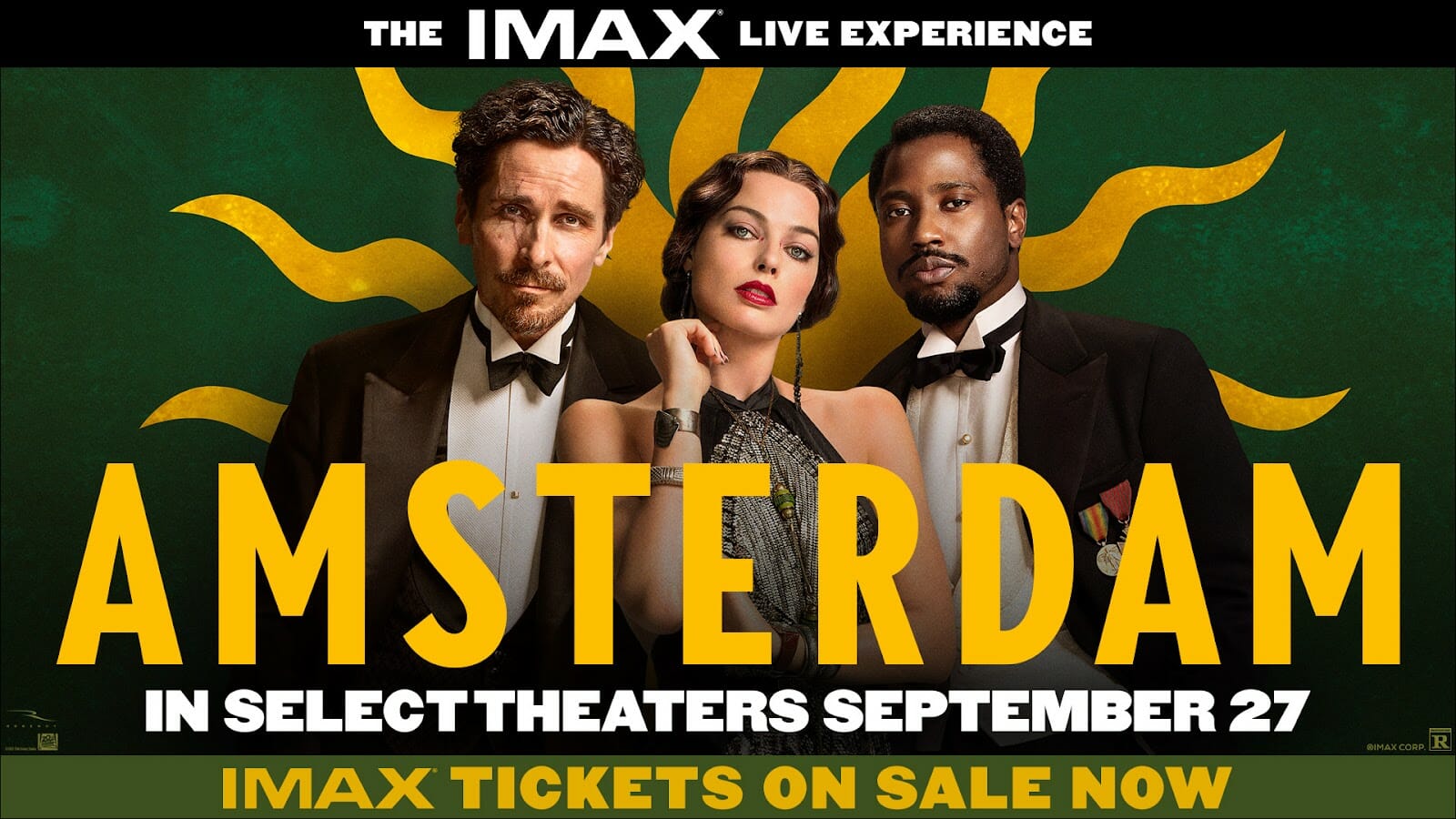 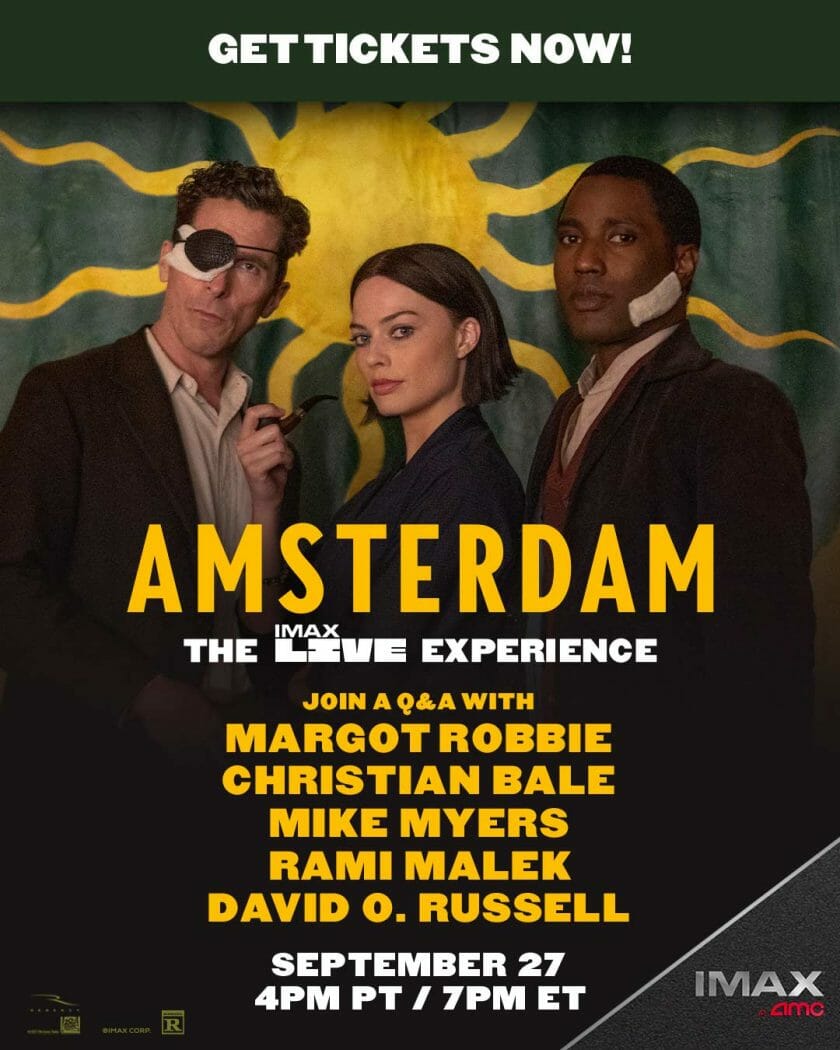 This exclusive fan-first opportunity provides IMAX® and 20th Century Studios moviegoers the opportunity to screen the upcoming original crime epic in advance of its October 7, 2022 release while connecting with the cast during a live Q&A session moderated by TCM host and Entertainment Weekly correspondent, Dave Karger.  All attendees will receive a commemorative mini poster. 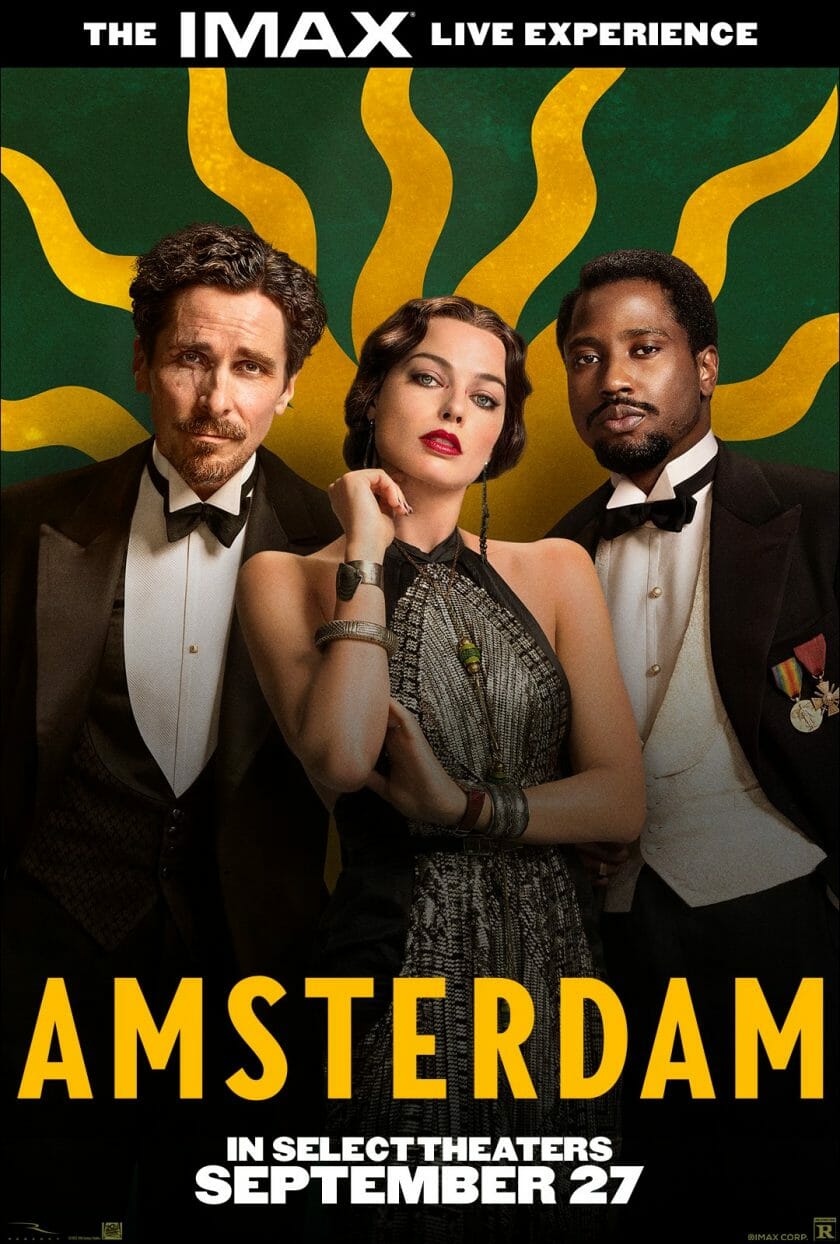 For a list of participating theaters and to purchase tickets please visit: https://www.imax.com/amsterdamlive.