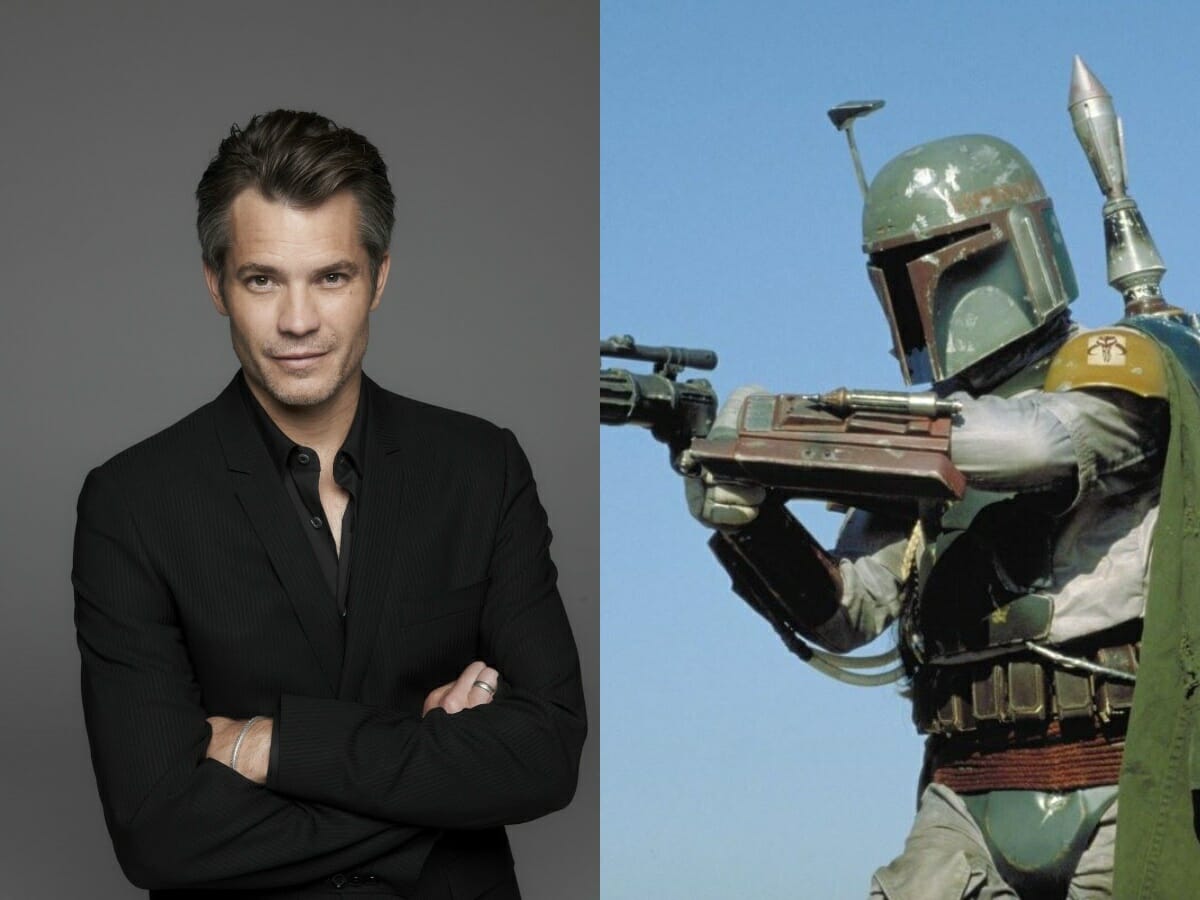 Last week, we found out Timothy Olyphant was the latest star to join the cast of “The Mandalorian” Season 2, and now we know what role the actor will play in the series.  According to Slashfilm, Olyphant was filmed wearing the iconic Boba Fett armor.  BUT we also know that Temuera Morrison has already been cast to play that role.  So, that means Timothy Olyphant is likely playing a character named Cobb Vanth.

Here is how Slashfilm describes the character:

Introduced in Chuck Wendig’s Aftermath book series, Vanth is the self-appointed sheriff of the Tatooine-based settlement Freetown. He wears a mysterious set of Mandalorian armor that was acquired from Jawas who scavenged the wreckage of Jabba the Hutt’s sail barge shortly after the events of Return of the Jedi. As you may recall, that was the site of a battle where Boba Fett was thrown into the Sarlacc Pit on Tatooine’s Dune Sea. It’s assumed that the Mandalorian armor purchased by Vanth is none other than the infamous green armor formerly worn by one of the galaxy’s most notorious bounty hunters, Boba Fett.

Timothy Olyphant is best known for his roles in the Netflix series “Santa Clarita Diet”, the FX drama “Justified” and the HBO period drama “Deadwood.”  He also recently starred in Quentin Tarantino’s “Once Upon a Time in Hollywood.”

Season 2 of “The Mandalorian” is set to premiere this October on Disney+. Returning for season two are Pedro Pascal as The Mandalorian, Gina Carano as Cara Dune, Carl Weathers as Greef Karga, Emily Swallow as the Armorer, Giancarlo Esposito as Moff Gideon and Bill Burr as Mayfield.

Newcomers to the series include WWE superstar Sasha Banks in an unknown role, Michael Biehn as a bounty bunter from Mando’s past, Temuera Morrison as Boba Fett, Rosario Dawson rumored to play Jedi Ahsoka Tano, and Katee Sackhoff as the Mandalorian leader Bo-Katan Kryze.

Two big name directors are also confirmed for season 2.  Robert Rodriguez (Desperado, From Dusk Till Dawn, Machete) and regular Marvel collaborator Peyton Reed (Bring It On, Ant-Man and its sequels) have both confirmed via social media they are involved in the project.