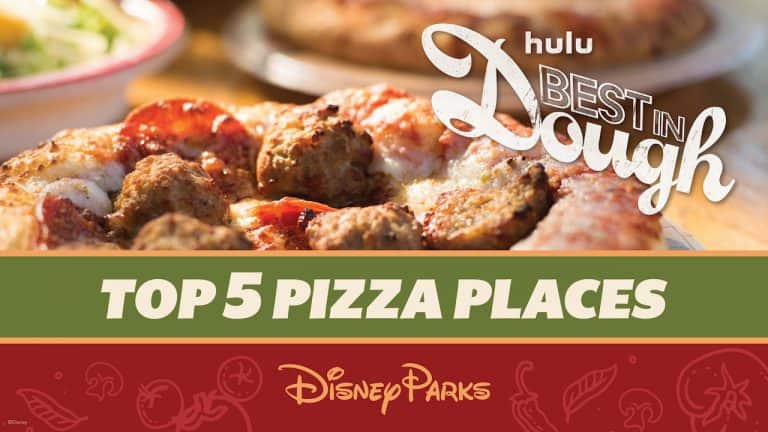 The new pizza competition series “Best In Dough,” which is hosted by The Bachelor star Wells Adams, is now streaming on Hulu in the US and on Disney+ in several countries including the United Kingdom, Ireland, Canada, Australia and New Zealand.

The ten-episode show features ”pizza-obsessed competitors“ slinging pies in a battle for $10,000.  In the series, Adams is joined by Chef Daniele Uditi of Pizzana as head judge, as well as Chef Millie Peartree, comedian and food influencer Eunji Kim and baker Bryan Ford as fellow judges.

It comes as no surprise that the traditional Neapolitan pizza of Via Napoli Ristorante e Pizzeria is on this list. Nestled into the Italy Pavilion at EPCOT, a trip to Via Napoli Ristorante e Pizzeria will transport you across the boot, with Venetian architecture from the North to Sicilian artwork from the South. This pizza is crafted with San Marzano tomatoes and real Caputo flour imported straight from Southern Italy earning the stamp of approval from authentic Italians.

Mama Melrose’s Ristorante Italiano at Disney’s Hollywood Studios is dubbed “where Italy meets California in the heart of the Backlot,” and for good reason. The flavors that come out of the kitchen are as warm and inviting as the restaurant itself with its string lights and checkered curtains. The Margherita Flatbread is the perfect antipasto with its melt-in-your-mouth mozzarella, house-made marinara sauce, fresh basil, and, of course, drizzled with extra virgin olive oil.

The freshly baked pizza at Pizzafari at Disney’s Animal Kingdom Theme Park has truly stood the test of time. With different toppings to choose from and personal pies, this quick-service stop will have you roaring for more.

Does pineapple belong on pizza? That’s a question that goes back lightyears. The Hawaiian-style Pizza at Alien Pizza Planet in Disneyland had DPB saying “Ooohh!”

There’s nothing better than grabbing a quick slice and then getting on the next attraction. Lucky for us, Boardwalk Pizza & Pasta comes in handy when exploring all there is to do at Disney’s California Adventure park. With many slices to choose from, this quick-service location is a perfect pit stop.

Be sure to check out the trailer for “Best In Dough” below: