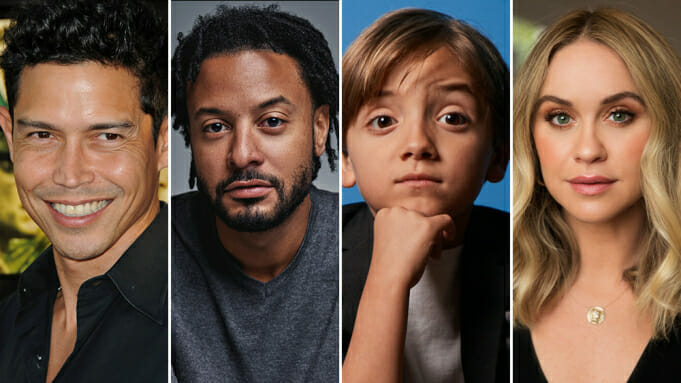 Ruivivar will play US Marshall Chief James Clark, Scott Turner’s boss. Chief Clark respects Scott, but is very uncomfortable around Scott’s new dog, the slobbery Hooch, who is actually quite fond of the Chief. However, when Hooch helps solve a case, Chief Clark has a change of heart and bends the rules to allow him to receive K-9 training.

McLaren will portray Xavier Watkins, a marine-turned US Marshal. He’s cool and enigmatic and a bit quirky. As one of the most experienced deputies in the office, he has a lot to teach younger deputies like Scott Turner. Although he’s more of a cat lover, he finds a kindred spirit in Scott’s sidekick, Hooch.

Maguire will play Matthew, Scott Turner’s nephew. He’s a dog lover who is thrilled to drop off the huge, slobbery Hooch with his Uncle Scott after Scott’s late father leaves Hooch to him.

Tobin will recur as Brooke, a federal prosecutor and Scott Turner’s ex-girlfriend. She comes from a wealthy family of powerful lawyers but downplays her wealth and status. She represents everything Scott thinks he wants out of life—she even likes his slobbering K-9 sidekick, even if Hooch occasionally chews on her legal briefs.

The twelve-episode, hourlong series just started production in Vancouver, Canada and is expected to wrap in early April 2021.

McG was recently confirmed to direct at least one episode of the series.  McG’s past directing credits include hit series Lethal Weapon and Chuck.  He has also worked on many films including Charlie’s Angels: Full Throttle, Terminator Salvation and We Are Marshall.