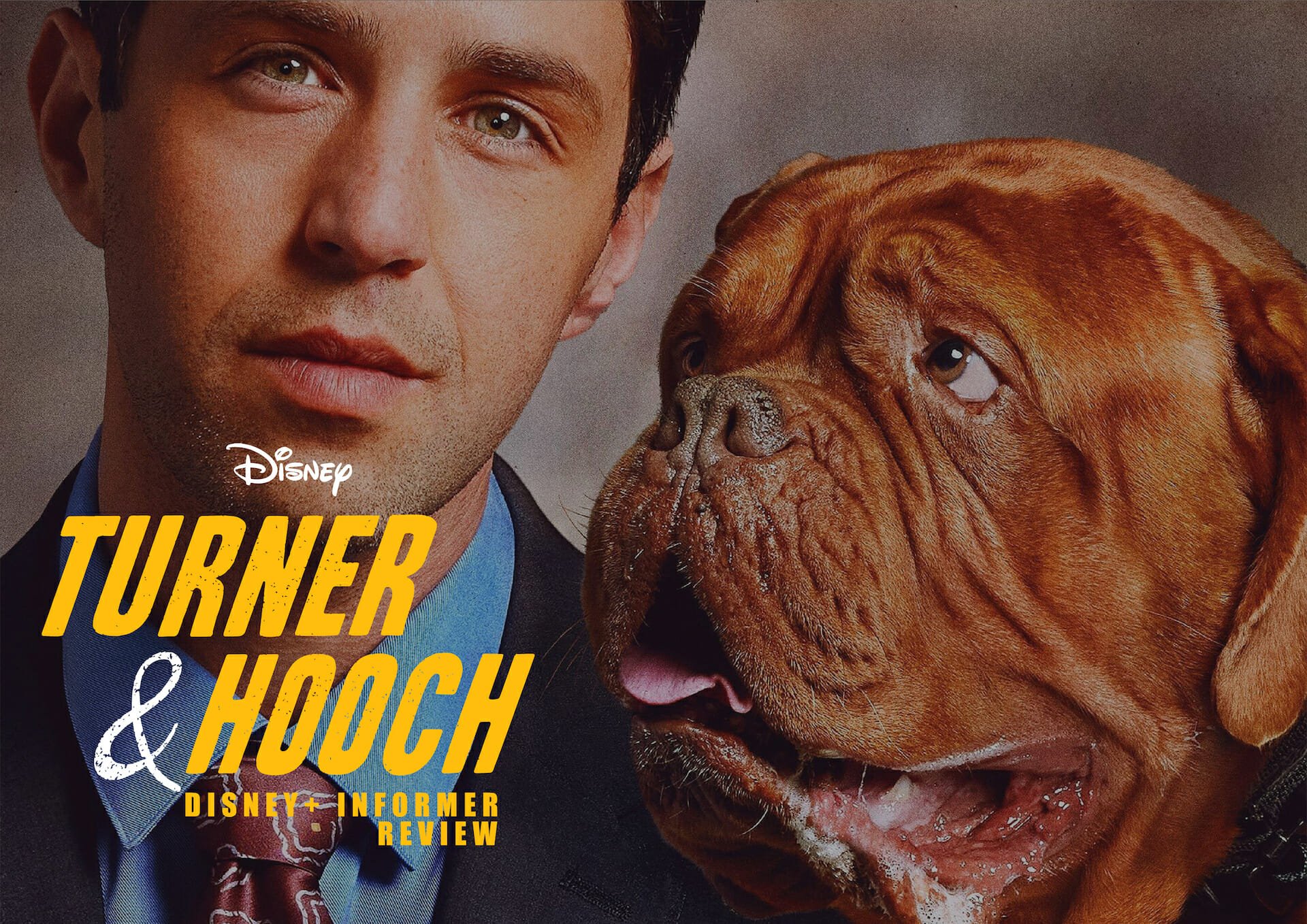 Disney+ continues its run of reviving classic, beloved movies and turning them into original TV series. Hot on the heels of The Mighty Ducks: Game Changers comes to Turner & Hooch, a buddy-cop action-comedy based on the 1989 movie of the same name.

Turner and Hooch saw police investigator Scott Turner (Tom Hanks) team up with slobbering canine Hooch. The pair become unintentional partners after Hooch witnesses the murder of his owner. A love-hate relationship soon develops as Turner learns to deal with hyperactive hooch, all while investigating crimes. 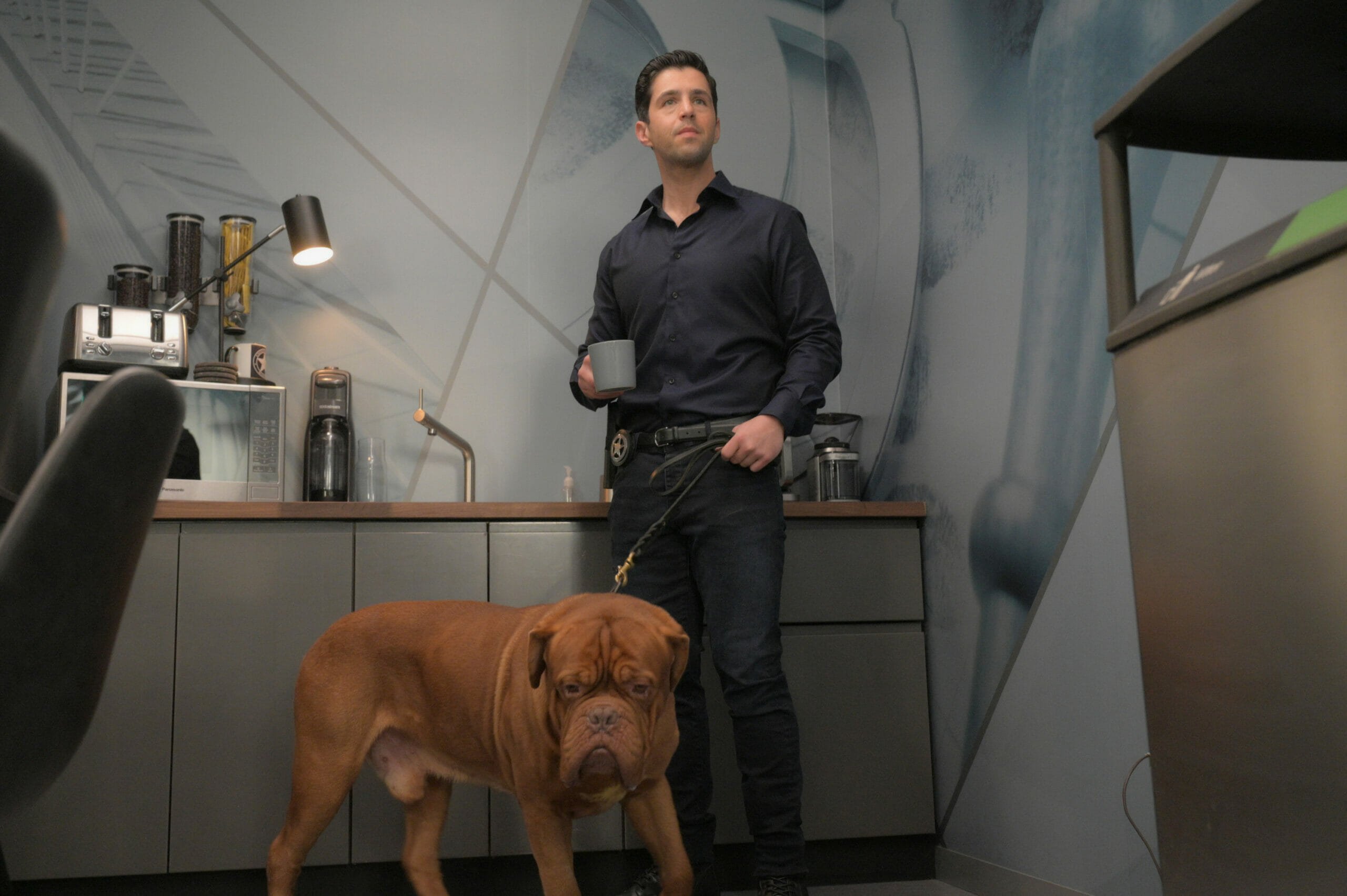 Set in San Fransisco, just like the original, the Disney+ Turner & Hooch is a legacy sequel, starring Josh Peck as rookie US Marshal Scott Turner Jr. Fresh out of the academy, Scott is eager to make an impression, but things take an unexpected turn when he inherits Hooch – the giant French Mastiff, his father, rescued that also happens to be just like the original Hooch. Scott unwillingly agrees to keep Hooch, and despite the slobber and destruction, he turns out to be the partner Scott never knew he needed.

Disney seems to have mastered the art of rebooting classic movies into modern original TV series. I enjoyed Turner and Hooch because they had the same kind of feeling as The Mighty Ducks. It keeps just enough of what was loved about the original and running with it in a way that makes it feel brand new.

There is plenty to love about Turner & Hooch; fans of the original will pick up on subtle similarities between Scott Jr’s character and his father. His morning routine and organised apartment are nice callbacks to the film in the first few minutes of episode one. Josh Peck, though, isn’t Tom Hanks, and he isn’t trying to be, the character is a fresh take played by Peck his own way, and at no point, during the three episodes, I was able to watch, did I feel like I was watching an impersonation. 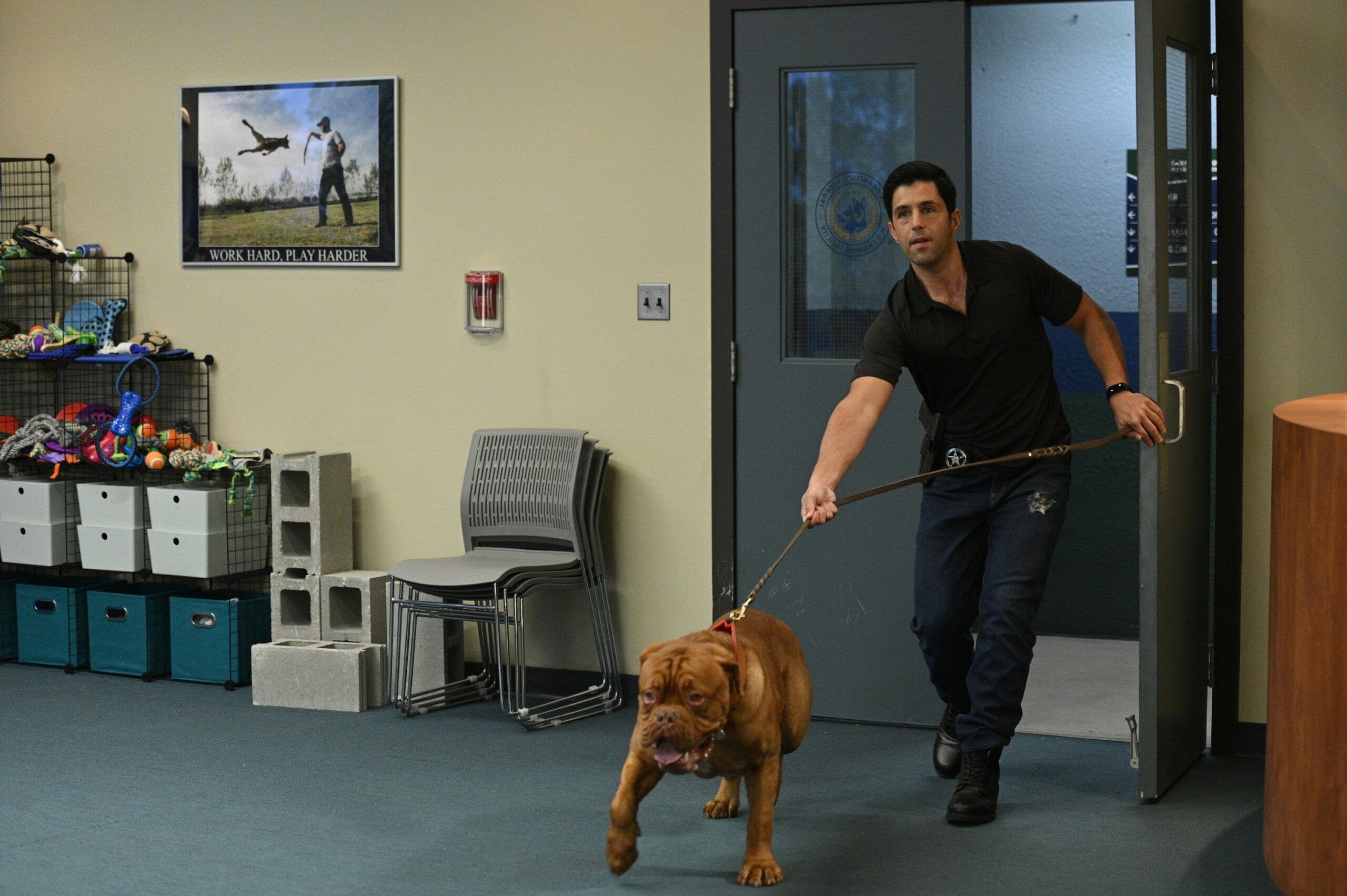 The series is best described as a buddy-cop comedy; Carra Patterson stars as Scott’s streetwise, pregnant partner Jessica. She’s a lot more of a dog person than Scott and takes to Hooch from the start. Each episode focuses on a new ‘case’ as the two US Marshals chase kidnappers and protect foreign diplomats, and that’s just the first two episodes. There is also a story that carries through the series, involving a box of Scott Snr’s old unsolved cases, that we start to see come to light as things move along. With 12 episodes, I’m sure there will be plenty of time for these cases to be revisited.

Turner & Hooch is very much tied to its original, with Scott Jr trying to navigate the world of policing that his father worked in. Scott’s animal-loving sister Laura (Lyndsy Fonseca) features too and is the one trying to persuade Scott to take on some of their father’s old work. Things become more interesting when Scott agrees, and the siblings soon realise that their father’s death may not have been an accident. 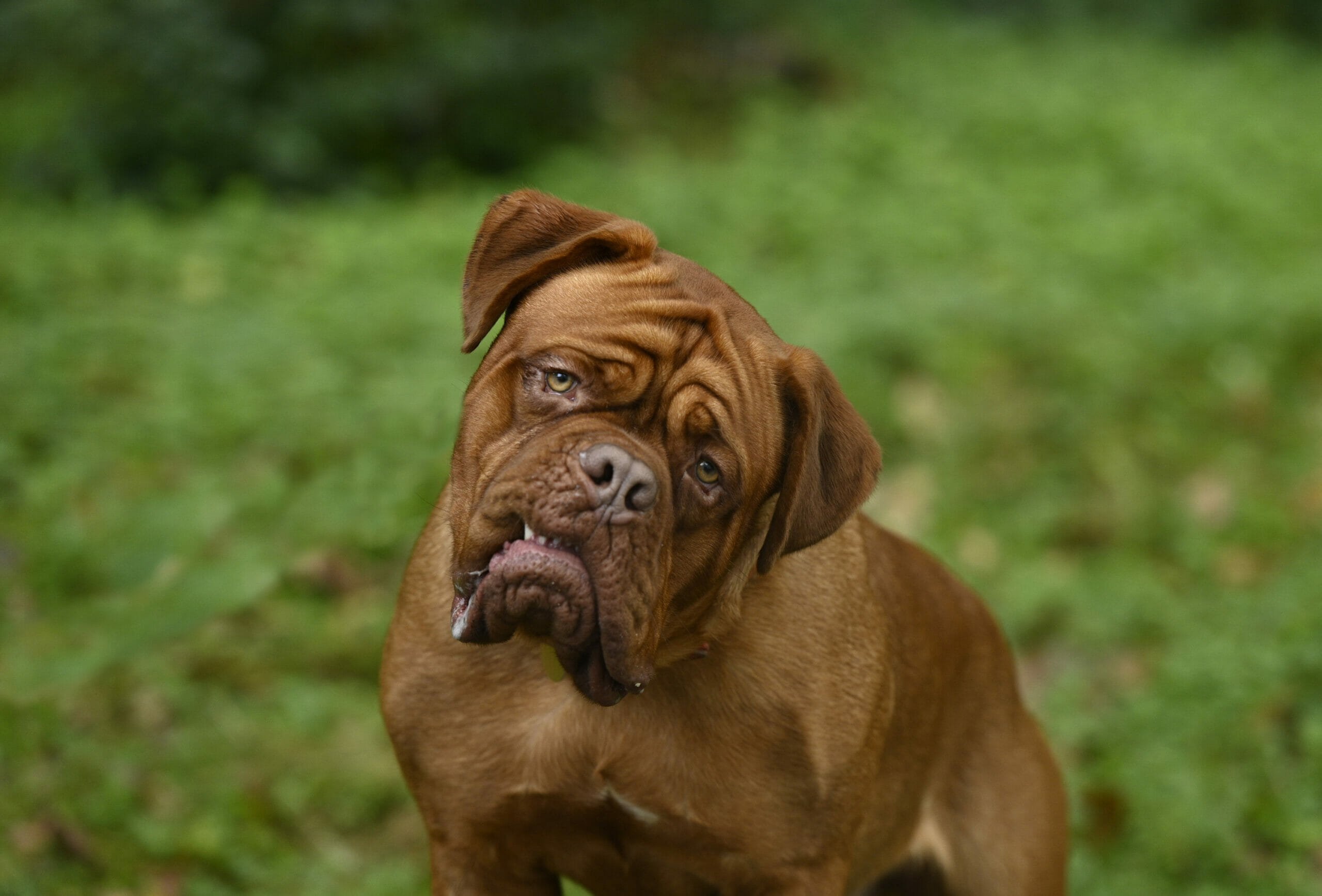 Most of what happens throughout the three episodes I watched feels really promising, with plenty of action, some hilarious moments and just enough nostalgia to keep me hooked in. It’s the kind of series that families can watch, with perhaps more to offer the adults than a show like The Mighty Ducks. That’s not to say that kids won’t enjoy it too; it really is a great comedy caper with loads of promise. With 12 episodes releasing weekly, you’ll make sure you come back for your fix every Wednesday. 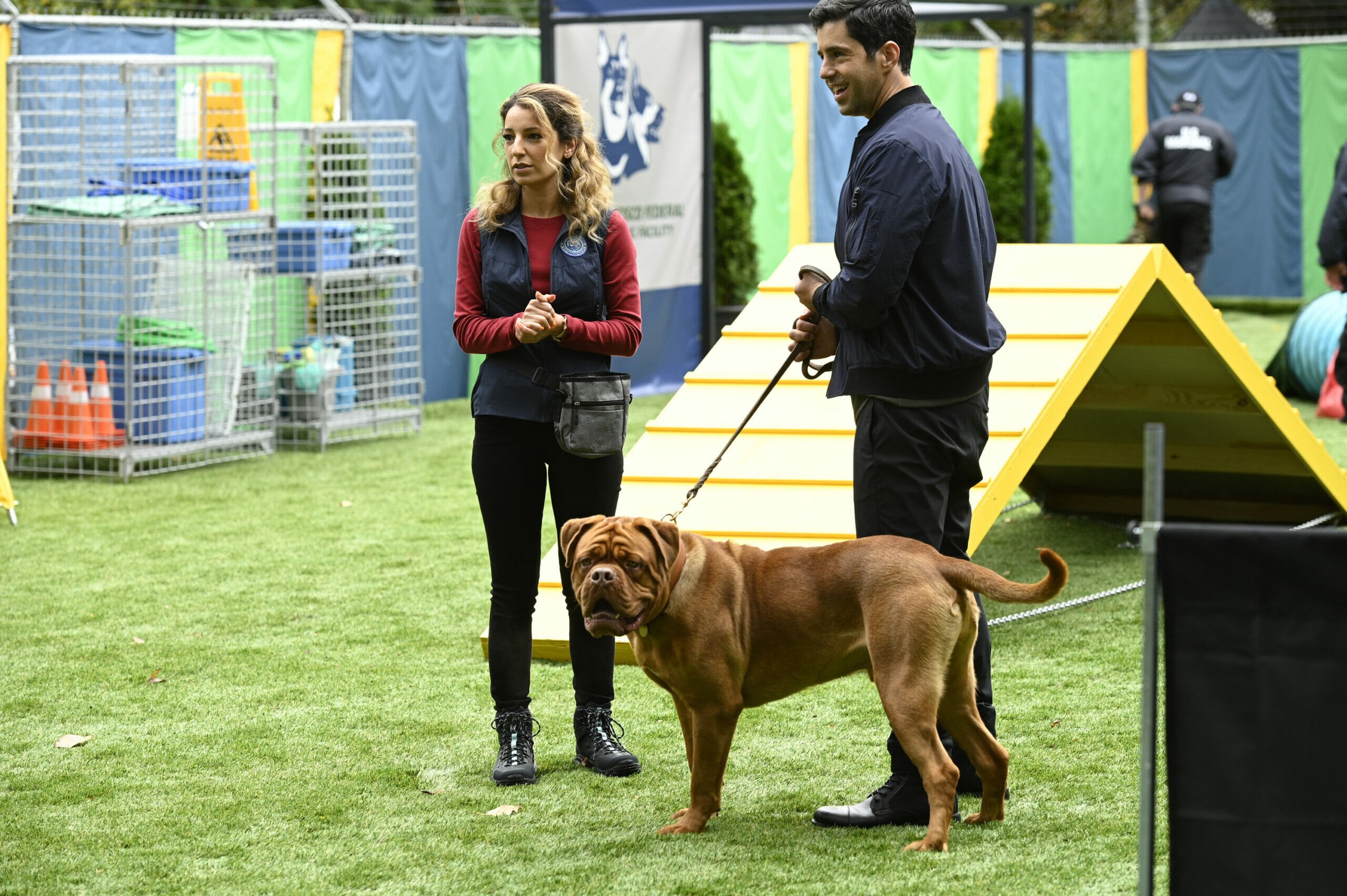 Turner and Hooch were exactly what I wanted it to be. As a massive fan of the original, I was sceptical when I first heard about the show, even as a fan of reboots and remakes. But Turner and Hooch is great fun, and I’m looking forward to seeing how things develop across the full series. 4.5 out of 5 stars for what I’ve seen so far