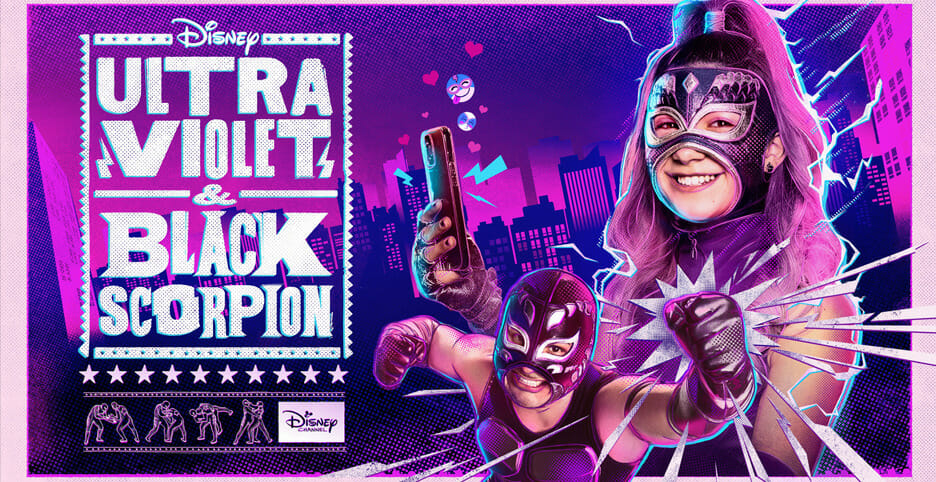 The news was shared by TV Line after a viewer asked if the show was returning.  You can see that snippet below:

Is Disney Channel’s Ultra Violet & Black Scorpion cancelled? Many viewers have been speculating as much, since there’s been no official word. –Kylie
The speculation is sadly correct. The teen superhero comedy, which starred Scarlett Estevez (Lucifer) and J.R. Villarreal, will not be returning with new episodes — though fans can (re)watch Season 1 on Disney+.

In the show, Violet Rodriguez, an everyday Mexican American teen, is chosen by a magical luchador mask which transforms her into Ultra Violet, a superhero fighting crime alongside her luchador uncle, Cruz, also known as Black Scorpion. Although Cruz takes Violet under his wing to teach her the responsibilities of her special powers, she doesn’t always see eye to eye with him when it comes to his methods for capturing crooks. In the meantime, she must keep her superhero identity secret from her parents and her older brother Santiago (“Tiago”), as well as her friends and schoolmates. However, she does lean on one close confidante: her best friend Maya Miller-Martinez, who provides advice and assists with documenting Ultra Violet’s adventures on social media.

Season 1 of “Ultra Violet & Black Scorpion” is available to stream now on Disney+ in many countries including the US and Canada.