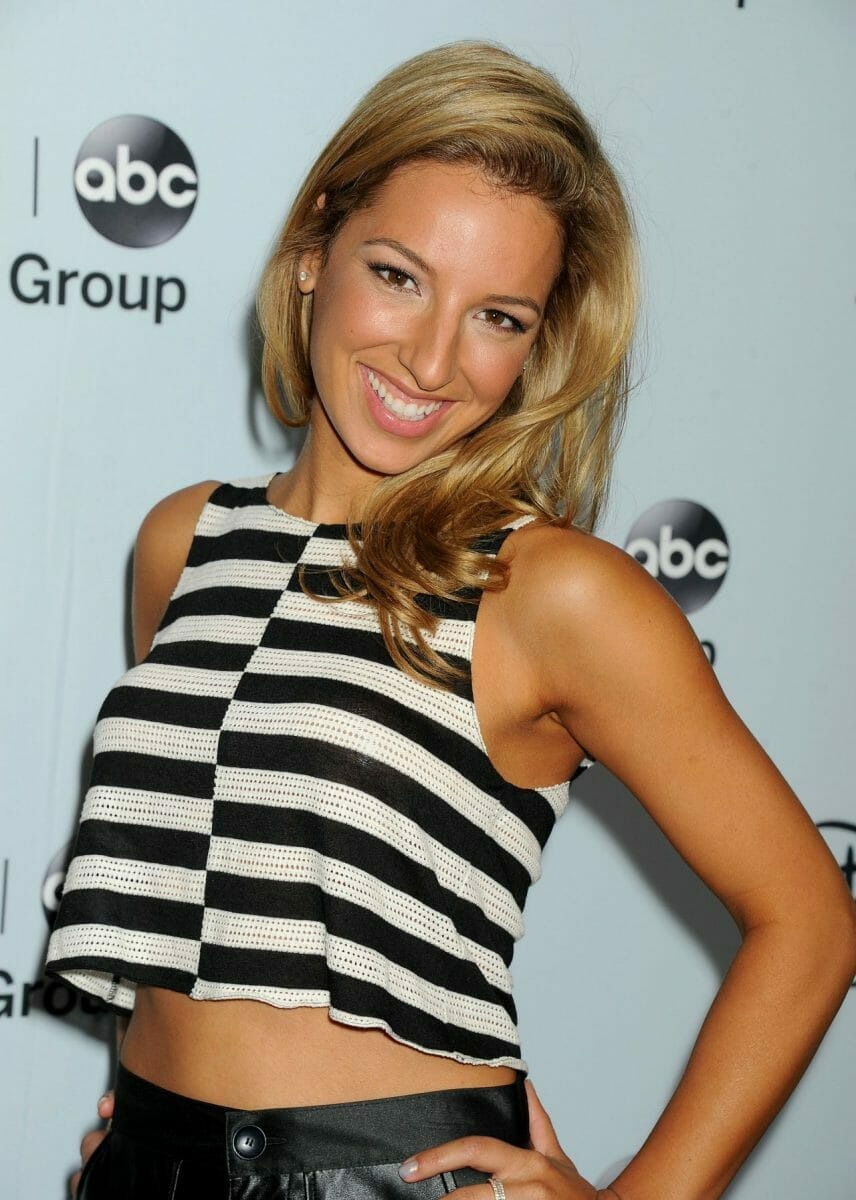 Vanessa Lengies has officially joined the cast of the new Turner & Hooch reboot series coming to Disney+.  The Glee alumna actress has been cast as a series regular opposite Josh Peck.

The TV series, which is based off the 1989 movie, has a 12-episode order with each episode running around an hour long each. Matt Nix (Burn Notice) is writing and executive producing the series, with Josh Levy co-executive producing.

Like the movie, the series centers around Scott Turner, who is a U.S. Marshall (he was a police detective in the film), and his slobbery dog. When an ambitious, buttoned-up U.S. marshal (Peck) inherits a big unruly dog, he soon realizes the pet he didn’t want may be the partner he needs.

According to Deadline, Lengies is set to play Erica, who is the chief trainer at the U.S. Marshal K-9 facility. When she’s with a dog, her cute awkwardness disappears and she is a natural leader. Erica is less comfortable with people, especially cute guys like Scott Turner (Peck), who is oblivious to Erica’s interest in him. Erica is on board to train Hooch, as a new K-9 for the US Marshall, and it’s clear she’s looking forward to work with Hooch and Scott.

Fonseca will play Laura, Scott Turner’s (Peck) sister and the mother of 7-year-old Matthew. Like the rest of her family, Laura is still coming to terms with the death of their father. A dog lover, who currently owns special needs dogs, Laura (with Matthew) brings over their father’s legacy to Scott, a huge slobbery dog named Hooch. Laura is close to both her brother and mother—with whom she discovers that their father’s death may not have been an accident.

Patterson will portray Jessica, Scott Turner’s (Peck) partner, and a sharp contrast to his spit-and-polish ways (which she constantly teases him about). Brave and quick-thinking on the job (though sometimes her sense of humor gets her in trouble), Jessica genuinely respects and supports Scott. Happily married to Grady, Jessica has no problem with Scott’s new sidekick, a slobbery dog named Hooch, and she’s willing to bring Hooch to work with them on a tough case.