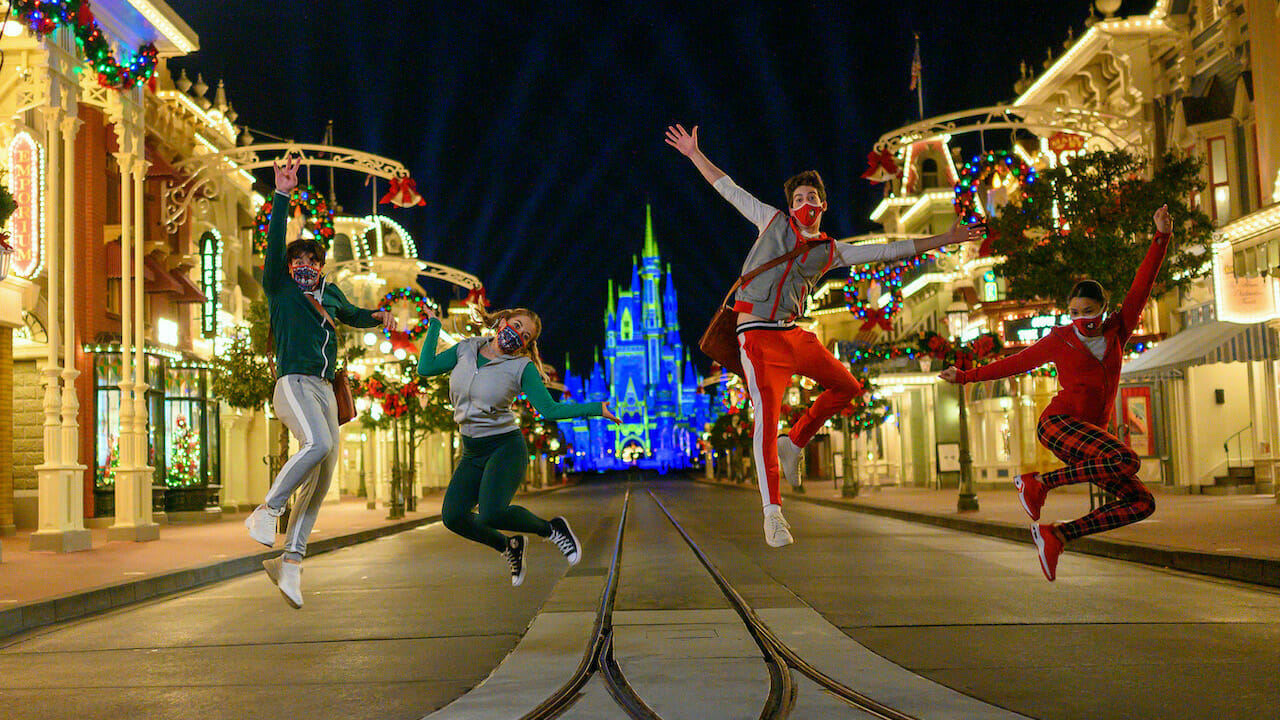 Disney has released a teaser trailer for “Disney Holiday Magic Quest” which is coming to the Disney Channel in the United States on December 04, at 8:00 p.m. EST/PST and on Disney+ on Friday, December 11.

Raven-Symoné virtually hosts the challenge, which features “ZOMBIES 2” stars Milo Manheim, Kylee Russell, Ariel Martin, and Pearce Joza competing in a holiday adventure through Magic Kingdom Park. After iconic Disney villains Maleficent and Evil Queen steal holiday magic, the stars must overcome obstacles and complete challenges to restore the joy of the season. The challenges take place throughout Magic Kingdom Park and include iconic attractions and locations like Haunted Mansion and Cinderella Castle. The four stars are also competing for a grand prize that will benefit Toys for Tots, a nonprofit organization that delivers hope and the magic of the holidays to less fortunate children.