Skip to content
Home » Blog » VIDEO: Never Before Seen Clip From “Secrets of the Whales” 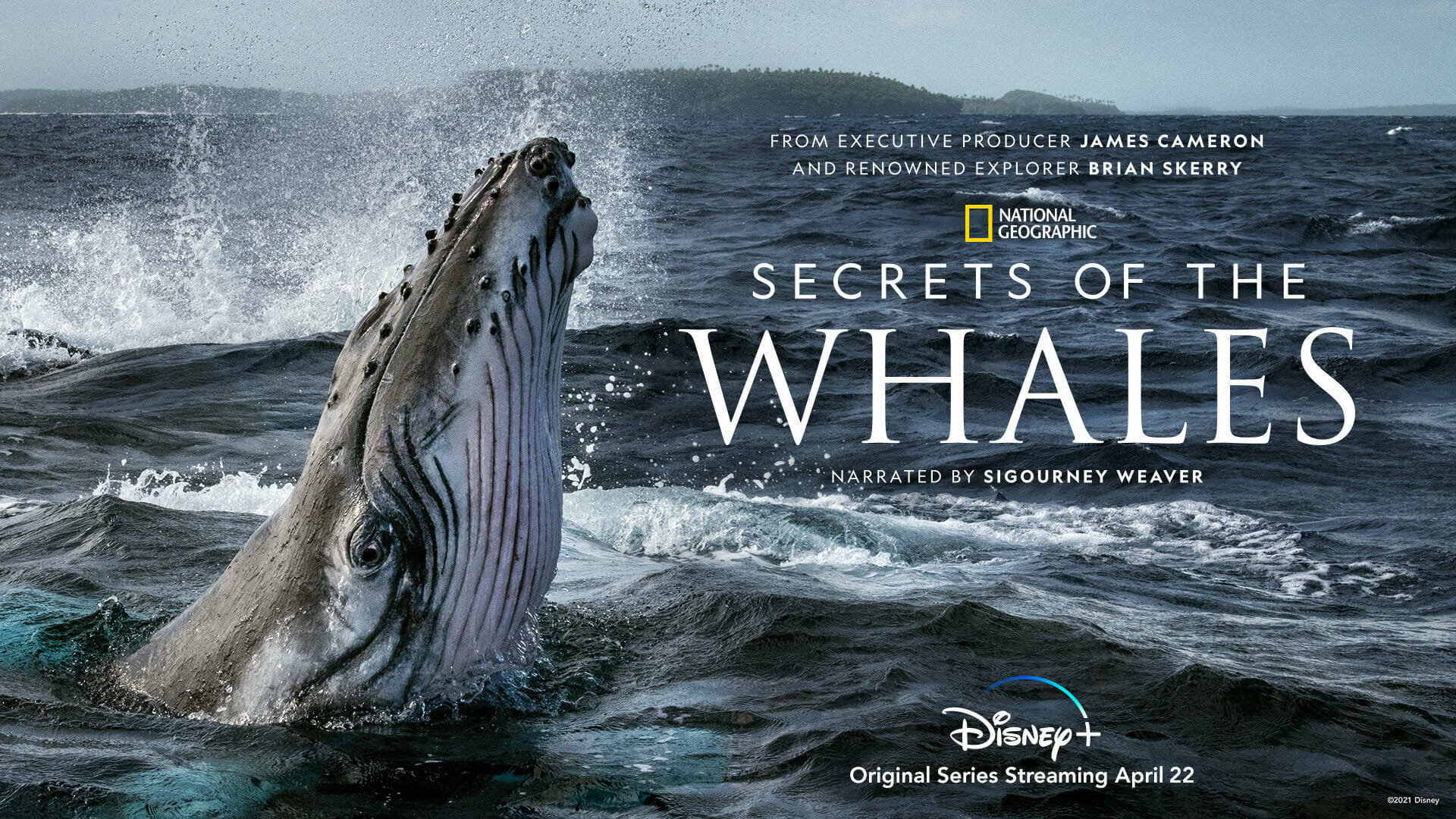 Today, Disney+ shared a clip from its upcoming original series, “Secrets of the Whales,” featuring a sperm whale calf nursing from its mother – a moment recorded on video for the first time.

Additional never before seen moments featured in the series include: evidence suggesting that Belugas give themselves names so groups can keep track of each other; baby belugas sharing their moms’ call signs, scientists learning that a baby sperm whale suckled from its mother when they saw the footage, 30,000 humpbacks charging down the coast of Australia towards Antarctica and using breeches to talk to each other, and the first cross-species adoption ever recorded; Beluga pod adopts narwhal as part of the pod.

The four-part series, from National Geographic, is executive produced by Academy Award®-winning filmmaker and conservationist James Cameron (“Avatar”) and narrated by award-winning actress and conservationist Sigourney Weaver (“Alien,” “Avatar,” “Gorillas in the Mist”). All four episodes will be available to stream exclusively on Earth Day, Thursday, April 22, 2021, exclusively on Disney+.

The digital soundtrack to “Secrets of the Whales,” with score composed, produced and mixed by Raphaelle Thibaut, will be released on April 19 by Hollywood Records/Disney Music Group. Music from Secrets of the Whales Original Soundtrack features 20 tracks from the series and will be available at digital service providers.

Featuring the expansive knowledge and skill of acclaimed National Geographic Explorer and Photographer Brian Skerry, the series ventures deep into the world of whales to witness the extraordinary communication skills and intricate social structures to reveal life and love from their perspective. “Secrets of the Whales” unveils new science and technology to spotlight whales as they make lifelong friendships, teach clan heritage and traditions to their young, and grieve deeply for the loss of loved ones. Filmed over three years in 24 global locations, throughout this epic journey, we learn that whales are far more complex and more like us than ever imagined. This is a personal story that very few are lucky enough to witness … until now.