Last summer, during Marvel Studios’ Animation Panel at San Diego Comic-Con, it was announced that “Spider-Man: Freshman Year,” an Original series, will begin streaming in 2024 on Disney+.

The series is reportedly set before the events of Captain America: Civil War.  Doctor Strange will appear in the upcoming animated series along with Daredevil, voiced by Charlie Cox. 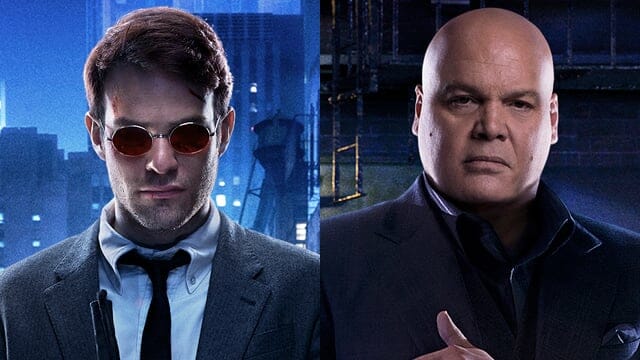 According to a new report,  Vincent D’Onofrio is set to reprise his role from Daredevil as Wilson Fisk a.k.a. Kingpin in the upcoming animated series.  The news comes from The Cosmic Circus which reports one of the main reasons Daredevil is in the show is so he and Spidey can team up to take on the infamous Kingpin. And according to this source, Vincent D’Onofrio will voice the role of the character. The outlet does clarify this rumor hasn’t yet been backed up by other sources.

Cox originally played Matt Murdock/Daredevil in the Marvel series on Netflix from 2015 to 2018.  He also appeared in the spinoff series, The Defenders. Most recently his character had a cameo appearance in Marvel’s Spider-Man: No Way Home and also in She-Hulk Attorney at Law. Vincent D’Onofrio who played Wilson Fisk in the original Daredevil series recently reprised his role as Kingpin, in the Disney+ series Hawkeye.  The two will also reprise their roles in the upcoming Echo series on Disney+ which is set to premiere in Summer of 2023 and the Disney+ Original series Daredevil: Born Again which is set to premiere in Spring 2024.

“Spider-Man: Freshman Year” does not have an exact premiere date yet but a second season has already been greenlit titled “Spider-Man: Sophomore Year.”