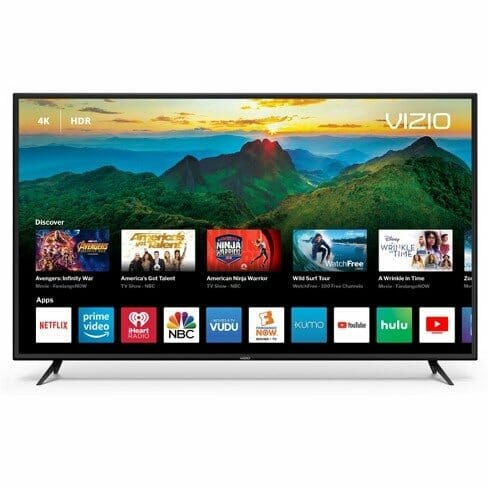 Vizio today announces a Chromecast built-in update that will allow users to cast Disney+ content to their VIZIO SmartCast TVs. Viewers can already watch content from the Disney+ app using Apple AirPlay 2 by simply tapping the AirPlay icon and selecting their SmartCastTV when in the app. The Chromecast built-in update will start rolling out in early December to VIZIO SmartCast TVs to allow users to cast Disney+ content just as easily.

Thanks to VIZIO’s ability to roll out software updates over-the-air, the company is able to provide new apps and services to millions of VIZIO SmartCast TV owners, including those with models dating back to 2016. VIZIO has a history of updating its SmartCast TVs with new features, bringing more value to users after they have purchased their TV.