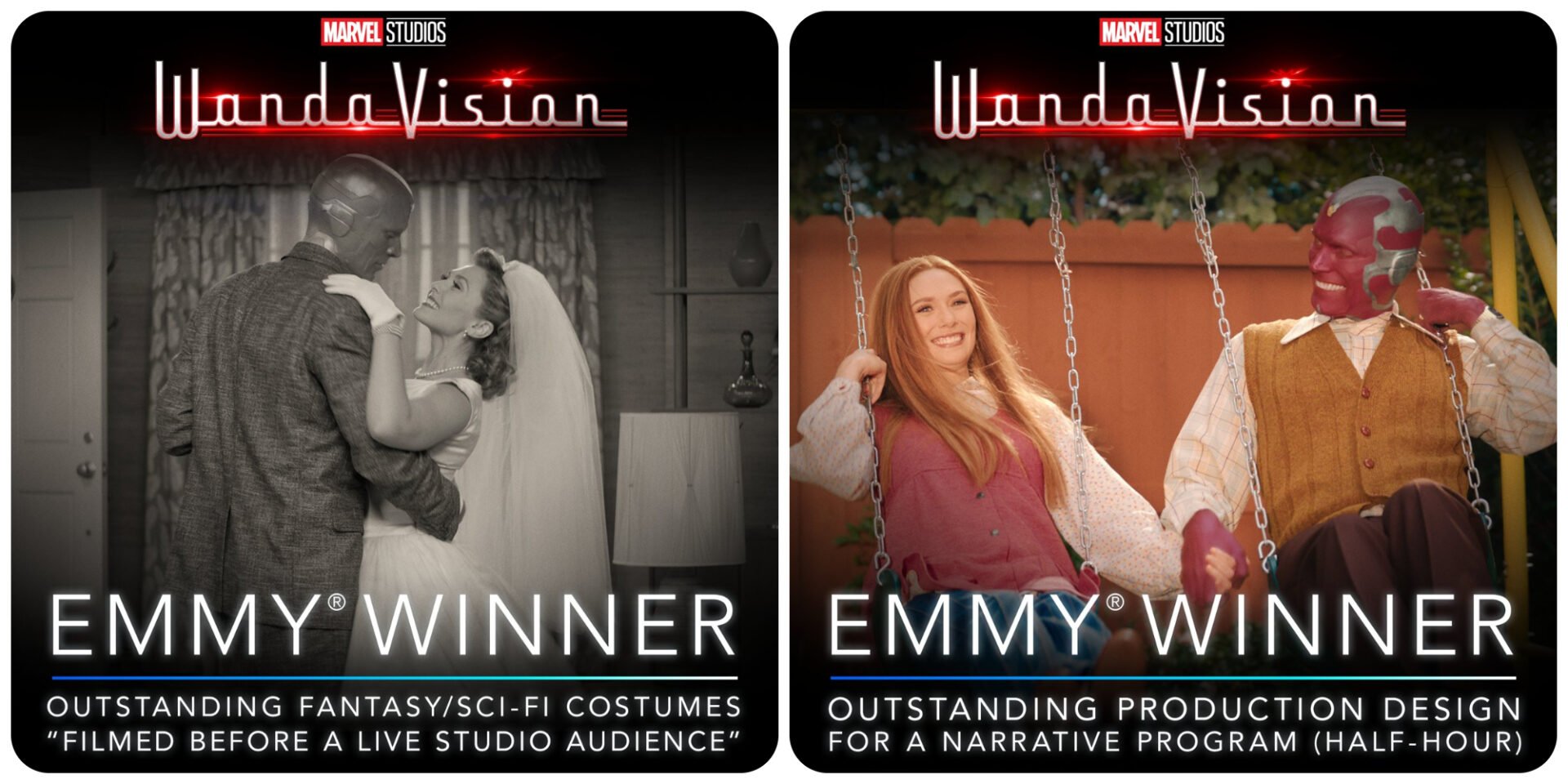 Marvel Studios has scored its first two Emmy Awards for “WandaVision.”  The Disney+ limited series earned Emmys for Outstanding Production Design for narrative (half-hour) and Outstanding Sci-fi/Fantasy Costumes.  The awards were announced on Saturday night during the Creative Arts Emmys. 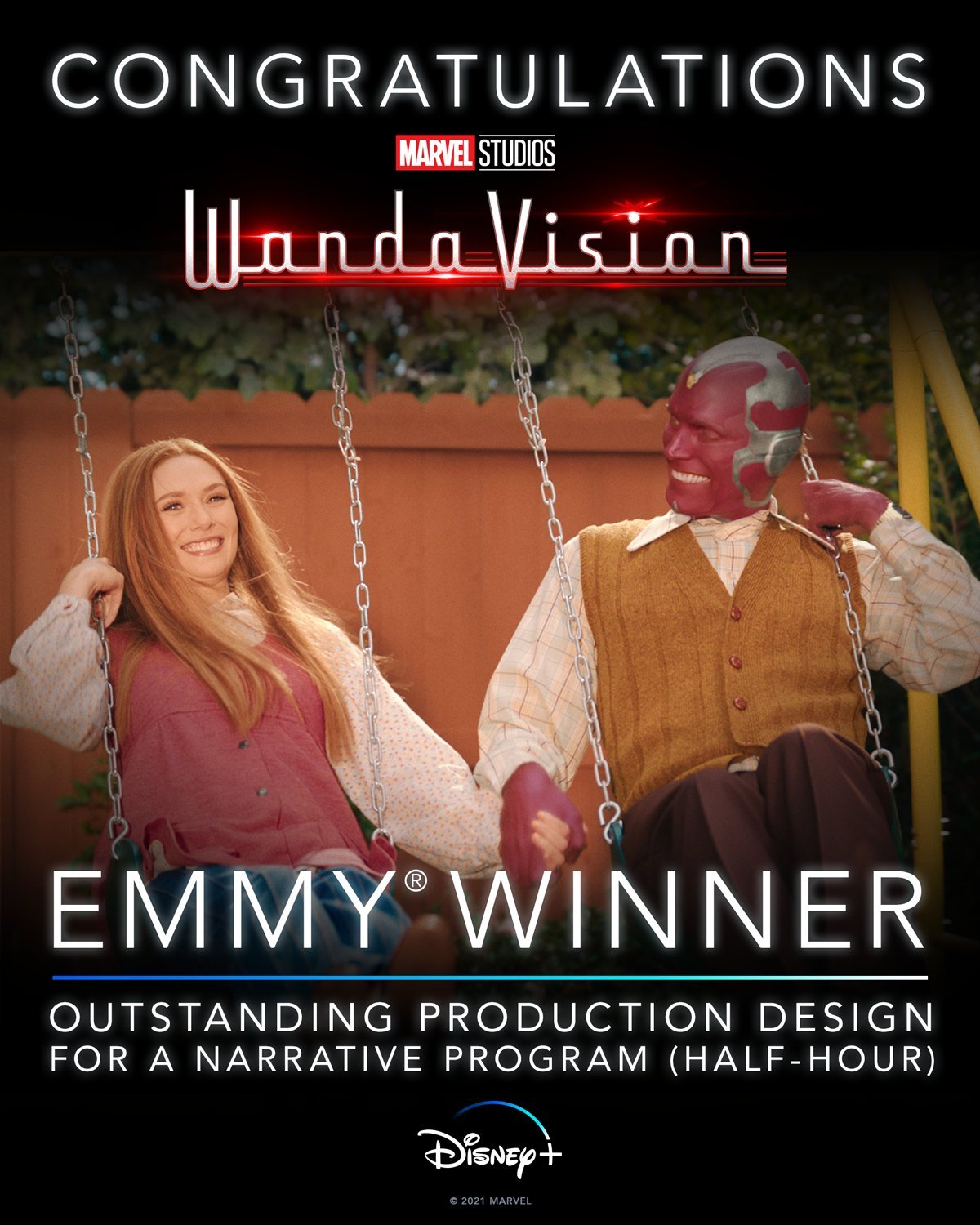 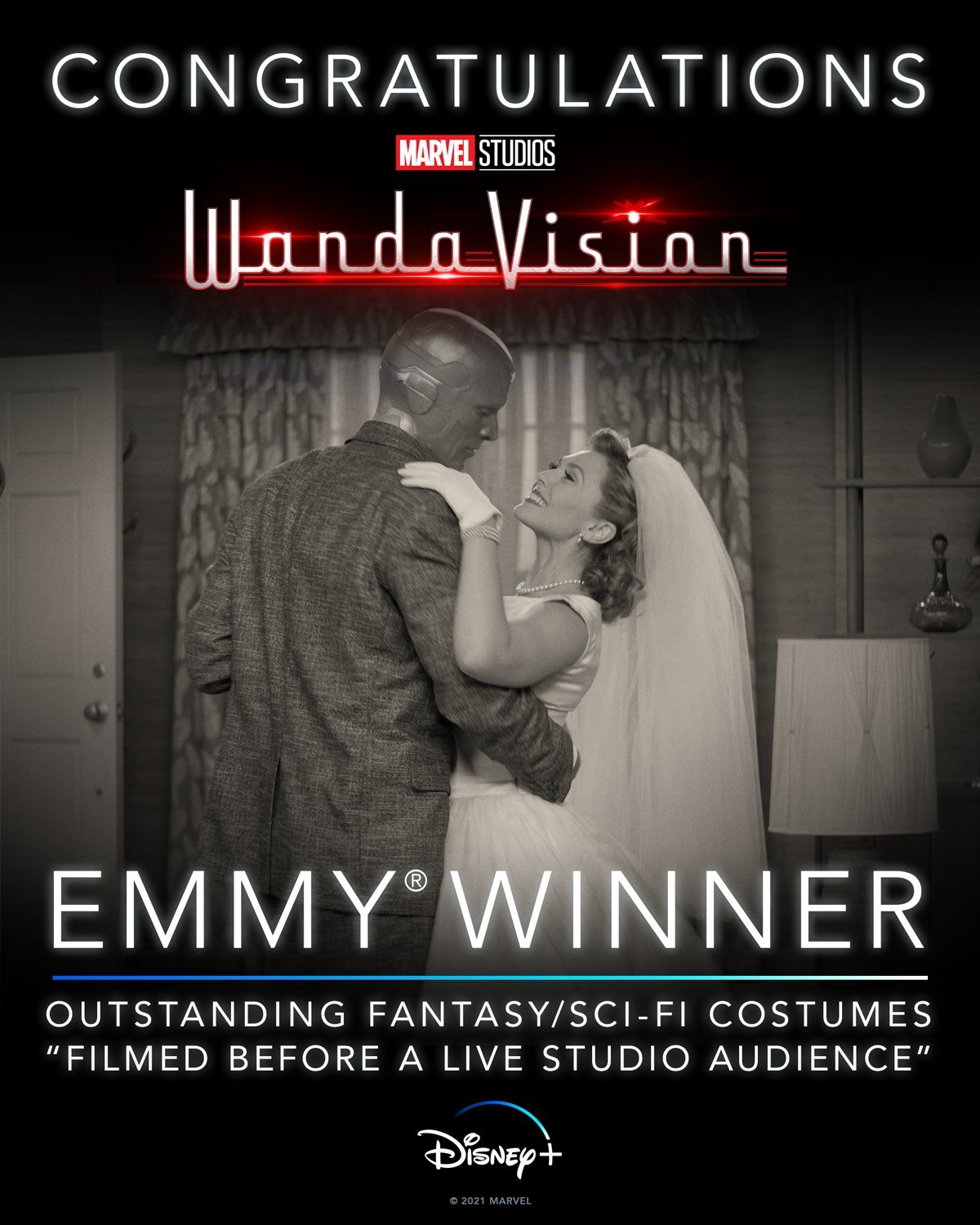