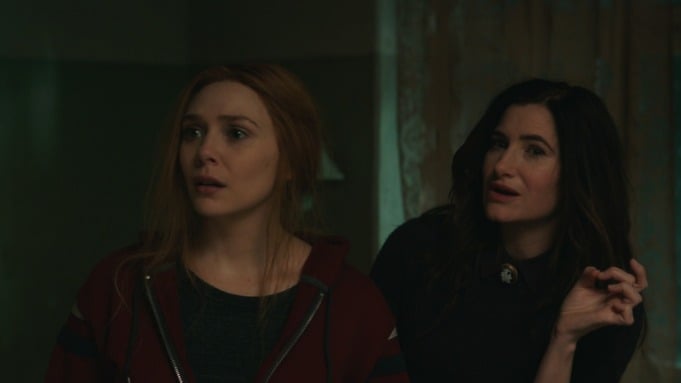 “WandaVision” fans will be happy to hear that a spinoff starring Kathryn Hahn is in development at Disney+.

Hahn is reportedly set to reprise the role of Agatha Harkness in the Marvel series which is being described as a dark comedy.  The actress was recently nominated for an Emmy for Outstanding Supporting Actress for her role in “WandaVision.”

“WandaVision” head writer Jac Schaeffer would return to serve as the writer and executive producer on the project.

“WandaVision” is a blend of classic television and the Marvel Cinematic Universe in which Wanda Maximoff (Elizabeth Olsen) and Vision (Paul Bettany) – two super-powered beings living idealized suburban lives – begin to suspect that everything is not as it seems.

The original series is available to stream now on Disney+.

1 thought on “‘WandaVision’ Spinoff In Development At Disney+”