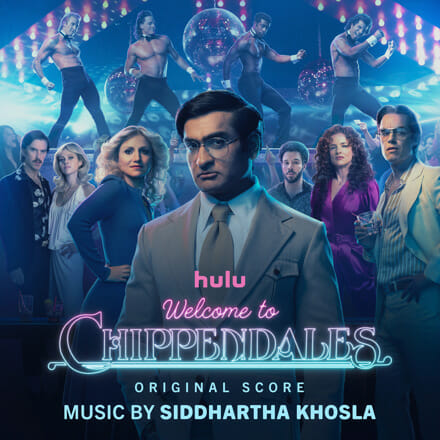 Hollywood Records has released the soundtrack album for the Hulu/Star Original series “Welcome to Chippendales” which is now streaming on Hulu in the United States and on Disney+ in Canada, Australia and New Zealand.  All 8 episodes will release on Disney+ in the United Kingdom and Ireland on January 11, 2023.

The album features selections of the show’s original score composed by Emmy Award nominee Siddhartha Khosla.  Khosla has previously worked on Only Murders in the Building, This Is Us, Runaways, Looking for Alaska, and Queenpins.