Skip to content
Home » Blog » What If…? Episode 1: All the Easter eggs and References We Noticed 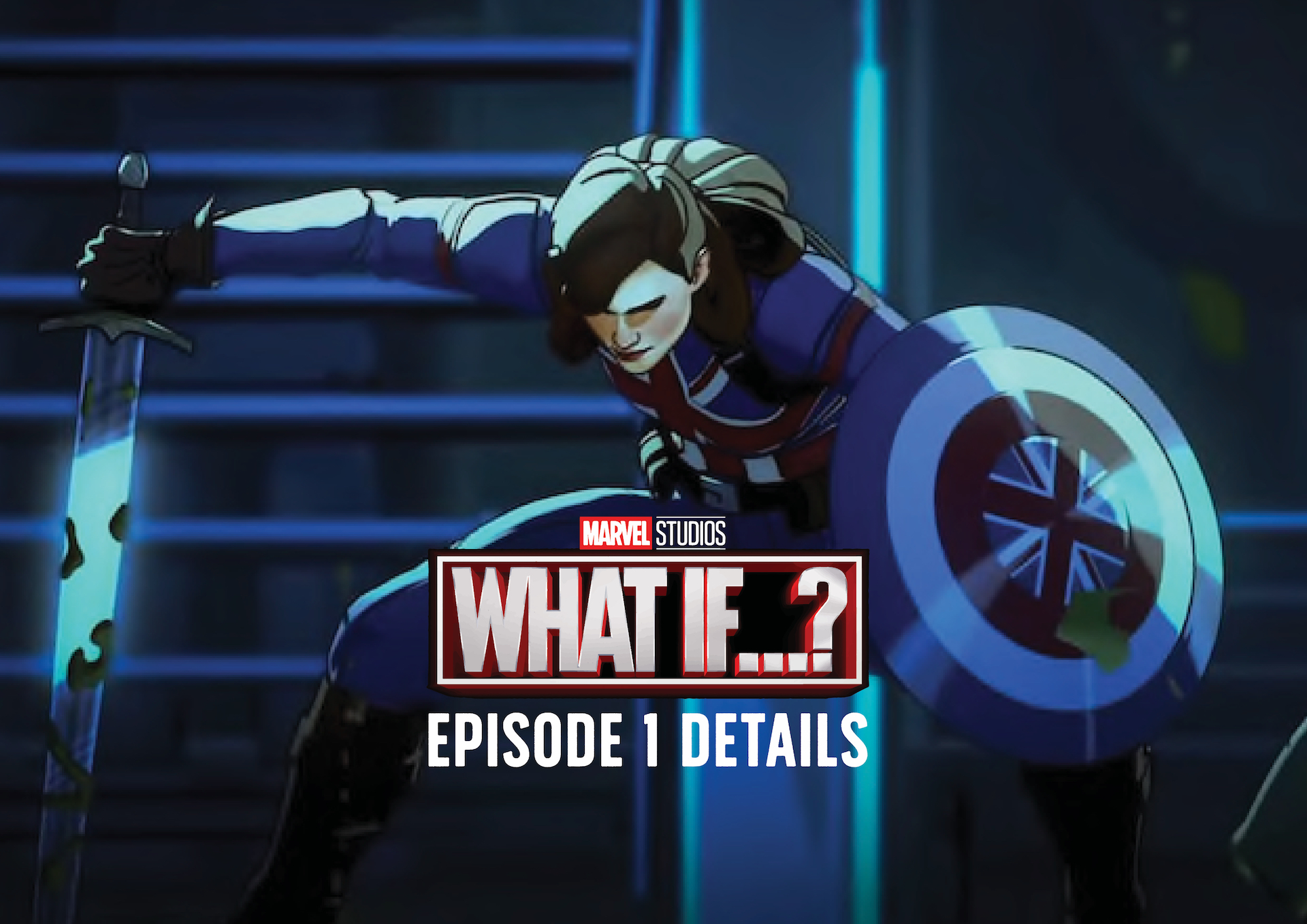 With the events of Loki unleashing the multiverse, the possibilities for new stories are endless. Some of those possibilities are seen in Marvel Studios’ stunning new animated series What If…? Episode one of the new show debuted exclusively on Disney+ this week featuring a familiar story. The episode centres around Peggy Carter and how a split-second decision leads to her transformation into the First Avenger. As we’ve come to expect, the episode is filled with references and details, and as we’ve done previously with Loki, Falcon and The Winter Soldier and WandaVision, we’re here to break them down. Here’s everything we noticed in episode one of What If…?

As always, this is your spoiler warning for episode one of What If…? And the wider MCU. If you haven’t yet seen the episode, bookmark this post and return to it once you have.

Not an Easter egg as such, but the very name of the show is essential. If you’re still unaware, the series is based on the cult comic book of the same name. Published originally in 1977, What If…? Gave creators the chance to reimagine whole new worlds for well-known characters from the Marvel universe. The show isn’t a direct adaptation of the comics, but the premise is the same.

Each episode is introduced by a mysterious character called Uatu, known as The Watcher and voiced by Jeffrey Wright. The omnipotent observer of the Marvel multiverse was first introduced in 1963’s Fantastic Four #13. The Watchers are some of Marvel’s oldest sentient beings, whose mantra is to observe the universe without interfering (which, of course, they do on more than one occasion). This isn’t the first time the Watchers have appeared in the MCU, of course, as we saw them in Guardian of the Galaxy Vol. 2. During Stan Lee’s cameo, he’s revealed to be the Watchers’ informant, having been a spy for the aliens.

The episode begins with a return to the first Captain America movie, as we see Steve Rogers being prepped for his transformation into a super-soldier. The choice to stay at his side by Peggy Carter changes the events that follow and the course of history.

Colonel John Flynn makes a return, having previously appeared in Agent Carter. He worked for the Strategic Scientific Reserve and was an adversary for Peggy. His attitude towards Peggy is the same in What If…? Questioning her skills and place in the war effort.

During the episode, we hear a mention of Peggy not being sent on a USO tour. This throws back to Captain America: The First Avenger, where Steve Rogers is used it as promotional propaganda for the US military. The difference for Peggy is that she misses out on that fate because the government is embarrassed by her because she’s a woman.

Never was much of a dancer.

This detail runs through the main MCU and this episode, with Steve and Peggy referencing the dance they never got to have. In the main MCU, Steve misses his dance with Peggy when he goes under the ice. In this story, it’s Peggy who misses the dance, getting thrown forward in time.

Tønsberg is where Odin fought the Frost Giants, leaving behind a familiar blue cube, which was then recovered by the Red Skull when he visited the same place in the first Captain America movie. Most recently, it is where Valkyrie helped to establish New Asgard after Ragnarok. Here, Tønsberg is where Hydra have headed in search of the Tesseract.

Although technically not an Easter egg, more like a central plot point, it seems worth pointing out that the famous blue space cube appears. It is still housing the space stone, but like everything else in the series, it follows a different path to the one we’re familiar with. After Peggy retrieves it, she gives it to Howard Stark, who uses it to power the first Iron Man suit.

Peggy becoming a super-soldier isn’t the only time a new hero is created during this episode. Howard Stark uses the Tesseract to power the first Ironman suit. So does this mean that Tony would never become Ironman in this reality? The Tesseract replacing the arc reactor perhaps suggests that Tony would never go on to become a war profiteer. Of course, we don’t get answers to these questions, but it shows just how much possibility lies within the idea behind the show. Steve being given the Hydra Stomper armour is an excellent detail that makes him a great ally to Captain Carter. The look also has serious Iron Giant vibes but almost precisely resembles the MK1 Ironman suit Tony Stark built in a cave WITH A BOX OF SCRAAAAAAAPSSSSSS!

Rumoured to be in the upcoming Doctor Strange sequel, Shuma-Gorath doesn’t have a massive history in the comics but became a fan favourite through the Marvel Super Heroes fighting game, which lead to the Marvel Vs Capcom series. Whilst the monster is never referred to by name, we see it crawl tentacle first out of a hole in reality, just like the character’s video game entrance.

In the comics, the Howling Commandos were led by Nick Fury. In the MCU, Fury is too young to have fought in World War 2, meaning that the team were lead by Steve Rogers. Peggy saves them in this universe when she finds Bucky as a favour to Steve. We get to see Captain Carter leading the Howling Commandos in a scene exactly like the first Captain America film. 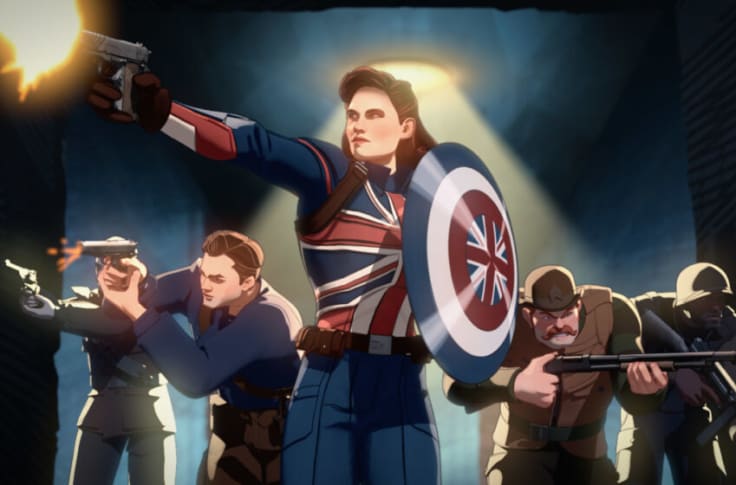 This letter and number combination can be seen on Steve’s Hydra Stomper armour. I’ve not been able to find anything specific relating to Marvel to explain the choice of code seen on the left breastplate of the armour, but I’m going to stretch and see what references I can find.

The easiest thing to refer back to when it comes to letters and numbers is, of course, comics issues. Captain America Comics #15 from 1942 is about Bucky, Steve and a female heroine, Betty Ross. If we take the C to be a Roman Numeral, giving us 115, then Silver Age comic Captain America #115 features a story about the Red Skull and the Cosmic Cube in which Steve Rogers fights a tentacled beast. Avengers Vol 1 #115 is a story in which the Avengers, including Steve Rogers and Ironman, travel to Britain in search of the Black Knight.

C-15 could be linked somehow to the Periodic table, and we know that during Ironman 2, Tony Stark creates a new element based on research left behind by his father Howard. Everyone knows that C on the Periodic table relates to Carbon. Carbon 15 are a group of rifles manufactured in the US. Moscovium is a synthetic chemical element with the atomic number 115 developed between American and Russian scientists. I could go on further; if anyone has any better ideas of what this reference could be, let us know in the comments!

Bucky’s arm
As Steve, Bucky, and Peggy go off on their mission, Bucky states, “you nearly ripped my arm off”, which feels like a reference to his alternate universe life as the Winter Soldier. 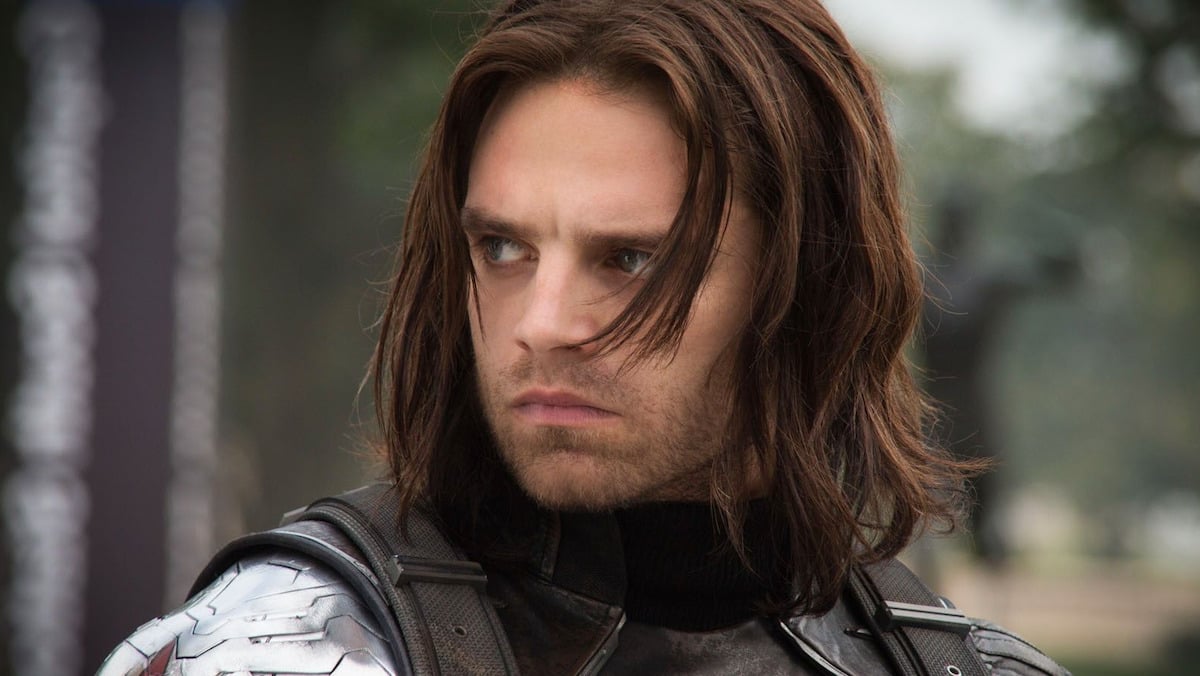 During the scene with the train ambush, we see Steve fall to his apparent death during the same scene that killed Bucky in the main timeline. Just like Bucky in the story we know, Steve survives and is captured by the enemy.

Howard Stark may have been creepy when he mentions her, but we can’t ignore this nod to real-life Nazi fighter and inventor Hedy Lamarr. Lamarr was born in Vienna in 1914 and was an actress who invented a radio frequency system that was used to help defeat the Nazis. Howard Stark dating her is likely to be a reference to the fact that she dated Howard Hughes, the businessman and inventor the Howard Stark character was based on. In real life, Lamarr helped Hughes make his aircraft more dynamic, so it’s possible that she helped Stark with some of his inventions in this reality.

Peggy is seen wielding a mighty sword, using it to defeat the monster in the portal, saving the day. Although Captain Britain is an entirely different character, he fights with a sword, sometimes even the legendary Excalibur. So it feels like a nice nod to that character, which was written by Marvel to appeal to British comics fans.

A (wo)man out of time

The episode is focused on Peggy, echoing Steve’s journey as Captain America. When she kills the tentacled Creature after jumping through the portal, she arrives back seconds later. But we soon discover that it has been 70+ years, making Peggy the woman out of time. She’s met by Hawkeye and Nick Fury and will likely join her reality’s version of the Avengers. Will she manage to get that dance with Steve, though?

Did we manage to spot every detail in the episode? Where there any we missed that you saw? Let us know in the comments.