Skip to content
Home » Blog » When Are Tom Holland’s Spider-Man Movies Coming To Disney Plus? 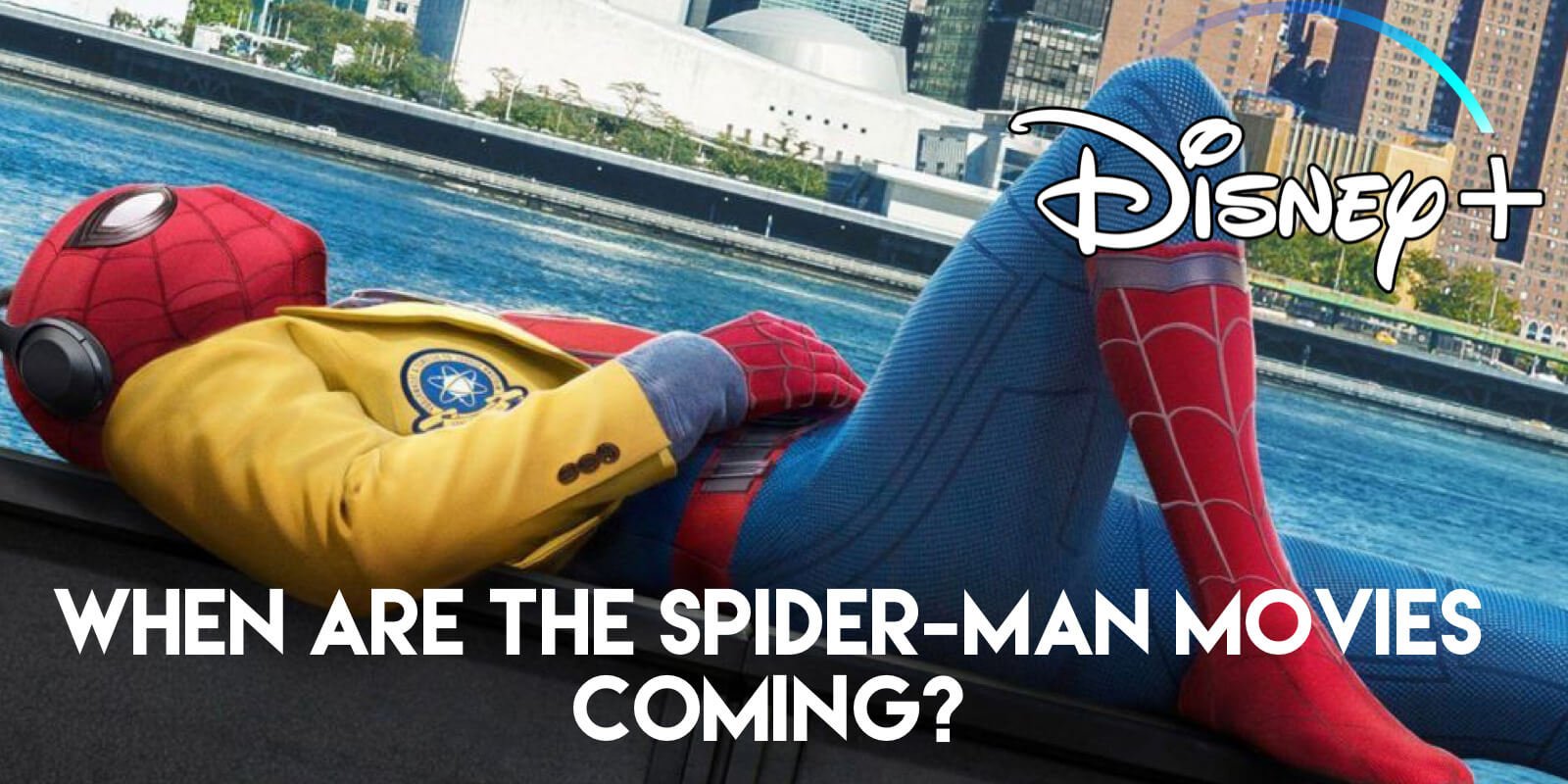 The news that Sony and Disney reached a deal for “post-Pay 1” distribution of various Sony Pictures titles means one thing: Tom Holland’s Spider-Man will eventually be taking his rightful place within the Marvel tab on Disney+. The biggest question still unanswered is when that might happen.

For those unaware, Sony owns the film rights to “Spider-Man” movies and can keep them as long as it releases a movie every five years. Disney and Sony struck a deal back in 2015 which allows Spider-Man to appear in the MCU. The deal means that Sony would retain distribution rights to the character’s solo movies, while Disney would earn a percentage of box-office gross and all merchandising revenue.

When it was recently announced that Sony and Netflix signed a deal, many fans understandably lost any hope that we would ever see Tom Holland’s MCU Spider-Man movies on Disney+. However, due to the “unprecedented” deal between Disney and Sony, hope has been restored.

We broke down the details of the Disney and Sony deal in a separate article right here. It’s definitely worth the read as the deal isn’t as clear as it may seem on the surface.

When is ‘Spider-Man: Homecoming’ Coming To Disney Plus?

Disney didn’t announce specific details on when ‘Spider-Man: Homecoming’ will be arriving on Disney+ in the United States. We can make some educated guesses, though.

While we don’t know the specifics and likely won’t for a while, we don’t imagine that we’ll see ‘Spider-Man: Homecoming’ before August at the very earliest. Again, as we don’t know the deal’s specifics, this is just an educated guess based on pre-existing deals.

When is ‘Spider-Man: Far From Home’ Coming To Disney Plus?

Disney also didn’t announce specific details on when ‘Spider-Man: Far From Home’ will be arriving on Disney+ in the United States. Again, we can make some slightly educated guesses, though.

After July 30, it’s possible ‘Spider-Man: Far From Home’ could make the switch over to Disney+.

When is ‘Spider-Man: No Way Home’ Coming To Disney Plus?

Disney hasn’t announced any details on when we can expect Tom Holland’s newest Spider-Man movie to arrive on Disney+. While we can make some educated guesses on previous Tom Holland Spider-Man movies, ‘No Way Home’ is even more unpredictable.

The deal between Disney and Sony covers all future Sony Picture Releases releases from 2022 to 2026, allowing them to appear on Disney’s platforms in the US. ‘Spider-Man: No Way Home’ is released in late 2021, December 17, to be exact.

Even though December 17 is definitely in 2021, this highly anticipated movie may be lumped into the 2022-2026 deal for Disney and Netflix. If that happens, ‘No Way Home’ will hit Netflix approximately 18 months after leaving theatres. The length of time those movies will be on Netflix could vary, but some time after that, they’ll hit Disney+. This means we’re several years before we see ‘Spider-Man: No Way Home’ on Disney+.

The above is pure speculation. Disney could easily push the boat out to get ‘Spider-Man: No Way Home’ on Disney+ to sit alongside all other Spider-Man movies sooner rather than later.

When Are Spider-Man Movies Coming To Disney Plus UK?

The Disney and Sony deal is only in place for the US – for now, anyway. The good news is that the US deal does open the door for similar deals to be signed internationally, including the UK, Canada and other major regions.

If and when that might happen is unknown. The majority of Spider-Man movies can be found on Netflix internationally.

1 thought on “When Are Tom Holland’s Spider-Man Movies Coming To Disney Plus?”