Skip to content
Home » Blog » When is ‘Big Sky’ Season 3 Coming To Disney Plus? 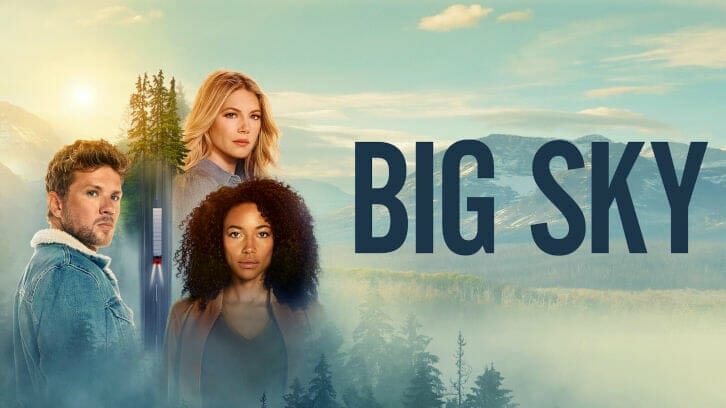 ABC’s Big Sky has been hugely poplar on Disney+ and was renewed for a third season earlier this year. Big Sky season 3 officially debuted in the United States in September, but when exactly is Big Sky season 3 coming to Disney+? Read on for everything we know!

We won’t leave you in suspense; Disney hasn’t announced when Big Sky season 3 will be coming to Disney+ in the UK and Ireland. However, we can certainly make an educated guess using prior seasons as a guide.

Big Sky season 2 debuted in September 2021 in the United States. The first episode of season two was available on January 05 in the United Kingdom and Ireland.

If Big Sky season 3 follows a similar pattern, we expect to see Big Sky arrive on Disney+ in the UK and Ireland sometime in late 2021 or, most likely, early 2022. However, this is only an assumption based on previous history.

As Big Sky is broadcasted on ABC in the United States, it has to deal with mid-season breaks and pauses for football season and the holiday period. Rather than releasing a couple of episodes and then having a pause, it appears Disney is waiting so they can release a batch of episodes on Disney+.

We’ll update this article when Disney has confirmed a Big Sky release for the UK and Ireland.

When is Big Sky Season 3 Coming to Disney Plus Canada?

Big Sky Season 3 will be coming to Disney+ in Canada… eventually. New episodes are broadcasted on CTV and CTV.ca. That said, Big Sky season 1 and 2 are available to stream on Disney+ in Canada, and season three will be joining too.

Disney hasn’t confirmed a release date for Big Sky season 3 in Canada yet, and we expect that it’ll be awhile. All episodes will likely have to finish broadcasting on CTV, and that typically takes about 6-7 months due to mid-seasons breaks.

Big Sky will be coming to Disney+ in Australia and New Zealand, but no release date has been announced.

We’ll update this article the moment we hear some official news.

What is Big Sky Season 3 About?