Skip to content
Home » Blog » When is ‘Fillmore!’ Coming To Disney Plus? 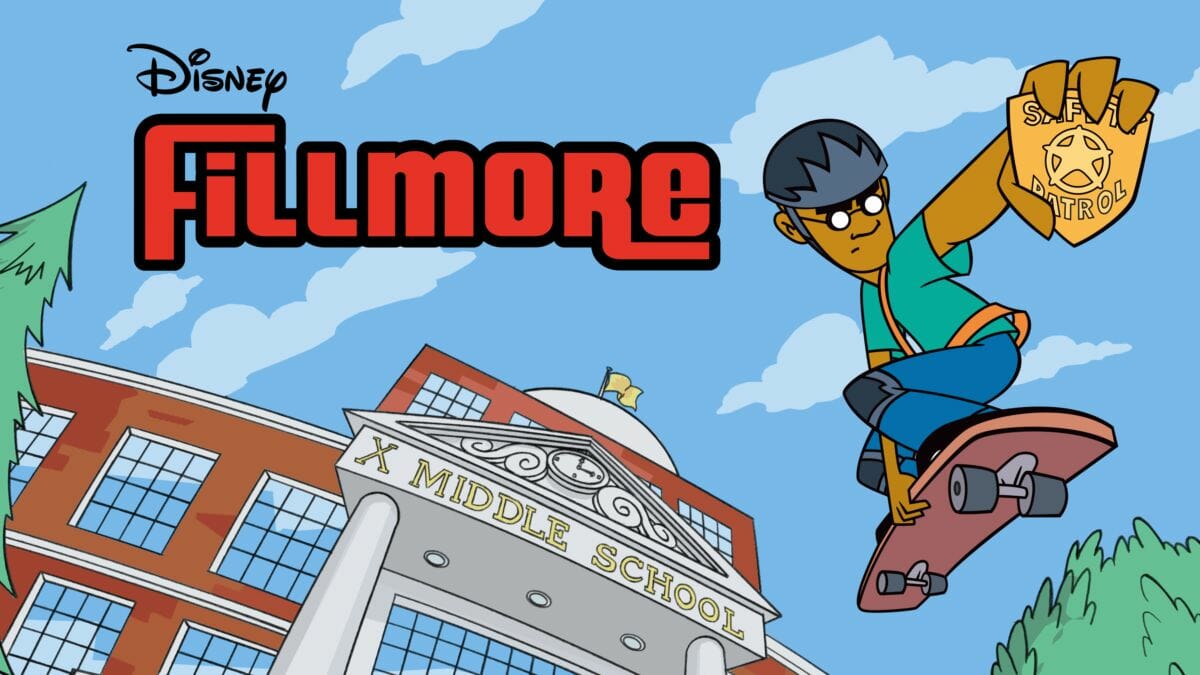 Disney+ offers thousands of viewing options, which includes original content that is exclusive to Disney+. However, original programming isn’t the only advantage of Disney+ as the service also offers some classic legacy content.

One of those classics is Fillmore!, which is an animated television series created for ABC and, later, Toon Disney.

It originally ran from 2002 to 2004. The series was aimed at children, but also attracted an older audience with its ’70s references.

You might be wondering if and when “Fillmore!” will be coming to Disney+. Read on for everything that we know!

Is ‘Fillmore!’ On Disney Plus?

The cult classic Disney show ‘Fillmore!’ is not currently available to stream on Disney+ in the United States or Canada. However, the series was added to Disney+ in the UK on Wednesday, July 27, 2022.

When is ‘Fillmore!’ Coming To Disney Plus?

Disney hasn’t announced if or when “Fillmore!” might be added to Disney+, and Disney doesn’t typically share their plans on when a specific title will be added to the streaming service.

The good news is that the series has been added to Disney+ in the United Kingdom and Ireland, so the door is firmly open for the show to be added in other countries.

New content is usually announced during the middle of each month which informs us of what’s coming to Disney+ in the near future. This gives us our best indication, but unfortunately, there is absolutely no signs to suggest “Fillmore!” Will be coming to Disney+ anytime soon.

It’s quite unusual for Disney to add a show to just one country, and it’s possible there is some rights issue preventing “Fillmore!” from being added in other countries.

Disney has also recently added ‘The Bear in the Big Blue House’ which is a positive sign that Disney is willing to add these older shows to Disney+.

We’ll be sure to update this article the moment we hear some official word from Disney on when “Fillmore!” Is coming to Disney+.

How To Watch ‘Fillmore!’

Even though “Fillmore!” isn’t currently available on Disney+, fans aren’t totally out of luck. All episodes have been uploaded to YouTube; just search “Fillmore!”. However, they do come and go from YouTube.

Unfortunately, aside from YouTube, there is no other place to watch “Fillmore!” at the moment.

How To Request ‘Fillmore!’

isney has made it very easy to request a movie or TV show to be added to the service. You’ll need to head over to Disney’s help center, Help.DisneyPlus.com, and click the ‘Give Feedback’ button. Full details.

Submitting a request doesn’t guarantee that your suggestion will be added to Disney+. It’s also very unlikely you’ll hear anything back from Disney+ too.

Disney will use these suggestions for data purposes to learn more about what content subscribers are looking to be added to the service.

What is ‘Fillmore!’ About?

Premise. 12-year-old Cornelius Fillmore (voiced by Orlando Brown), a juvenile delinquent with a record, was caught raiding the school’s new chalk shipment. He was “arrested” and given a choice by the safety patrol officer who caught him, either help him solve another case or spend the rest of middle school in detention.