Skip to content
Home » Blog » When Is Marvel’s Agents of Shield Season 7 Coming To Disney Plus? (UK) 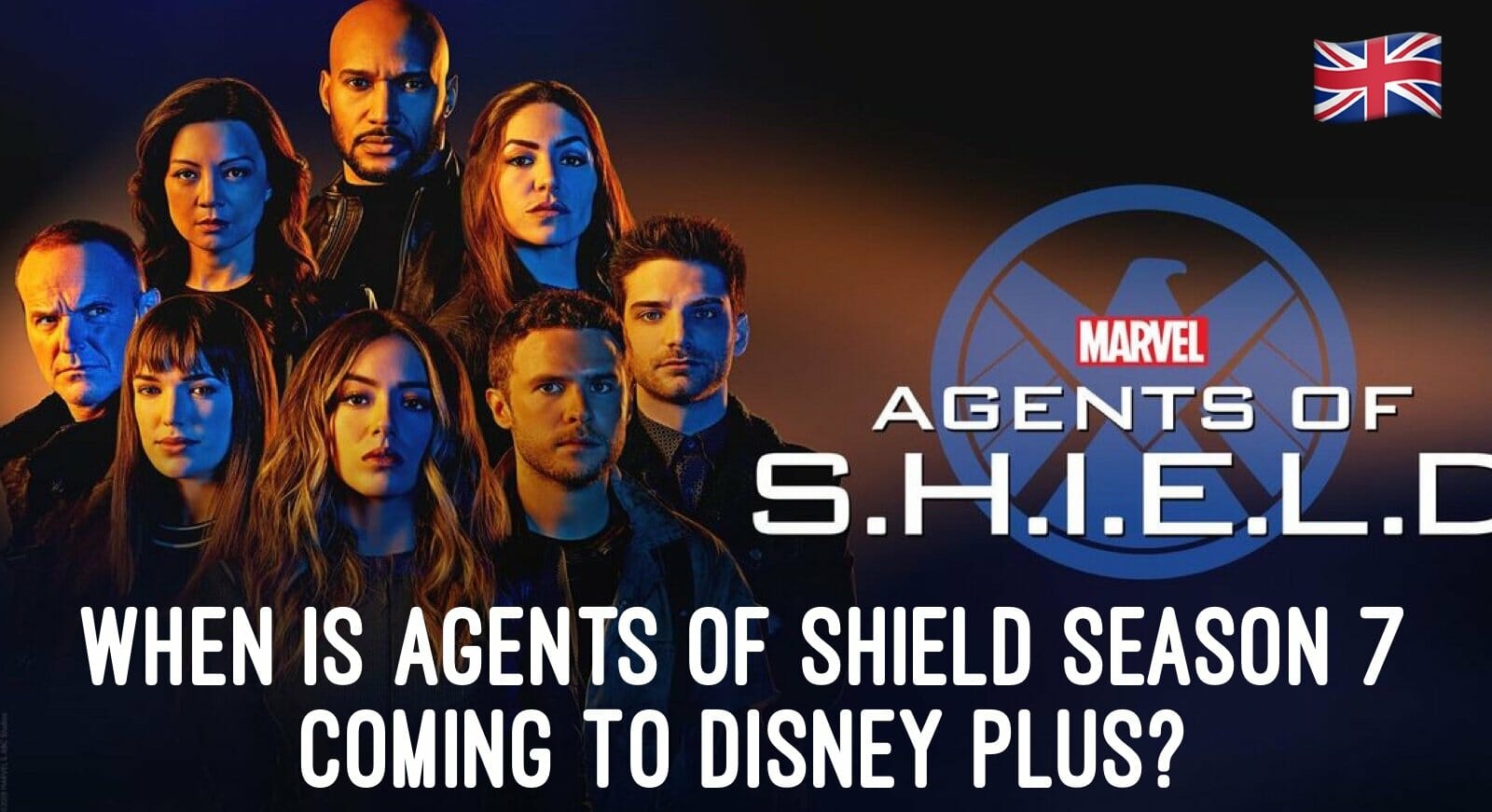 Disney has multiple Marvel shows in the works for Disney+ from Loki to Hawkeye to She-Hulk. Before we get too excited for those shows, we first must bid farewell to the first MCU television show – Marvel’s Agents of S.H.I.E.L.D.

Is Marvel’s Agents of S.H.I.E.L.D On Disney Plus?

Yes! The hit Marvel show is available to stream on Disney+ in the UK, but at the moment, only the first 6 seasons. Currently, 7 seasons hasn’t been broadcasted in the U.K. but in other regions the final season ended in August 2020.

There is currently no release date as to when we can expect to see Marvel’s Agents of S.H.I.E.L.D season 7 on Disney Plus in the UK.

When is Marvel’s Agents of S.H.I.E.L.D Season 7 Coming To Disney Plus UK?

Typically, E4 has been the home of the Marvel’s Agents of S.H.I.E.L.D. however that appears to be over. Channel 4 commented that they have “no plans to air the 7th series of Agents of Shield on E4″

Both Disney+ and Amazon Prime are currently streaming older seasons of the show so it appears that one or both will be the logical choice.

When are episodes of Marvel’s Agent Of Shield season 7 released?

You may have noticed that the season 7 is officially available to stream on Disney+… kind of.

Disney dropped the entire 6th season back in September but for season 7, they are taking a different approach. Disney will release a new each from season 7 each Friday.