Skip to content
Home » Blog » When Is “Mickey’s House of Villains” Coming To Disney Plus? 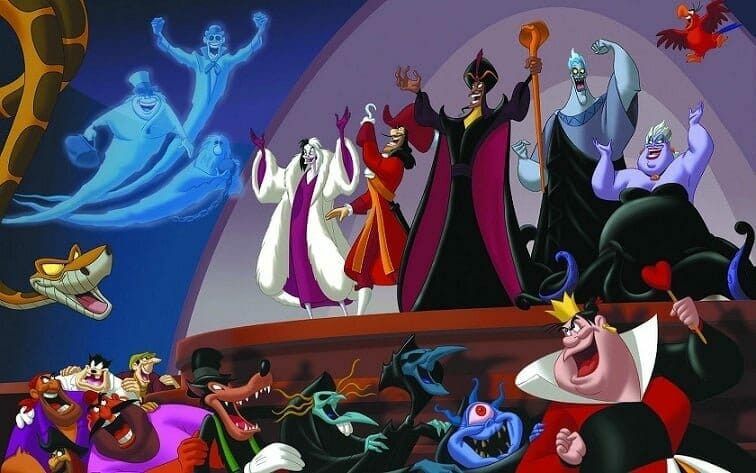 Mickey’s House of Villains (also known as House of Mouse: The Villains) is a 2002 direct-to-video animated comedy film produced by Walt Disney Television Animation. It is based on the animated television series, House of Mouse and serves as a stand-alone sequel to the direct-to-video animated film Mickey’s Magical Christmas: Snowed in at the House of Mouse, starring Mickey Mouse, Donald Duck, Minnie Mouse, Goofy, Daisy Duck and Disney Villains that have appeared in past Disney productions. It was released on both VHS and DVD by Walt Disney Home Entertainment on September 3, 2002.

When is Mickey’s House of Villians Coming To Disney Plus?

Mickey’s House of Villians has been a highly requested movie to be added to Disney+, but as it stands, the movie isn’t available on Disney+ in any region.

Many were expecting the movie to arrive during the Halloween season, naturally, but that has yet to happen.

We do not expect to see Mickey’s House of Villians during the 2022 Halloween season.

It’s possible that Disney just hasn’t had an opportunity yet to rework the show for Disney+. The series is almost 20 years old, technology has, of course, changed dramatically during that time and there are certain adjustments needed to be made for Disney+.

We’ll update this article the moment we hear news on ‘Mickey’s House of Villains’ coming to Disney+.

What is Mickey’s House of Villains about?

It is Halloween night at the House of Mouse, and a lot of villains are showing up. Jafar has a trick in store for the usual heroes of the House, but the villains have to wait until midnight for him to unleash it.

After a series of cartoons, Jafar, along with his new henchmen Captain Hook, Cruella de Vil, Ursula and Hades take over the house with the musical number “It’s Our House Now!” and all the other villains soon join Jafar’s plan. The heroes, princesses and other characters are trapped in the kitchen while Mickey and several others are thrown out into the street. They witness the House’s name being changed to the House of Villains.

Mickey, Donald and Goofy try to take their House back, but Chernabog stops them from entering the building. Minnie makes her own attempt after the second-to-last cartoon, but is thrown out casually by Hook. After the last cartoon, Mickey dresses in his sorcerer outfit from Fantasia (and Fantasia 2000) and challenges Jafar to a magical duel using fireballs. Just when Mickey’s sorcerer hat is knocked off, Aladdin escapes from the kitchen, flying on the magic carpet and gives Daisy Duck the magical lamp. Daisy hands it to Mickey who uses the lamp to suck Jafar into it. The rest of the villains run away and the House of Mouse is returned to normal.

How to watch “Mickey’s House of Villians”?

Just because Mickey’s House of Villians isn’t available on Disney+, it doesn’t mean that you’re totally out of luck. The movie is available digitally/DVD on Amazon (US) or Amazon UK.

5 thoughts on “When Is “Mickey’s House of Villains” Coming To Disney Plus?”