Skip to content
Home » Blog » When is ‘Modern Family’ Coming To Disney Plus? 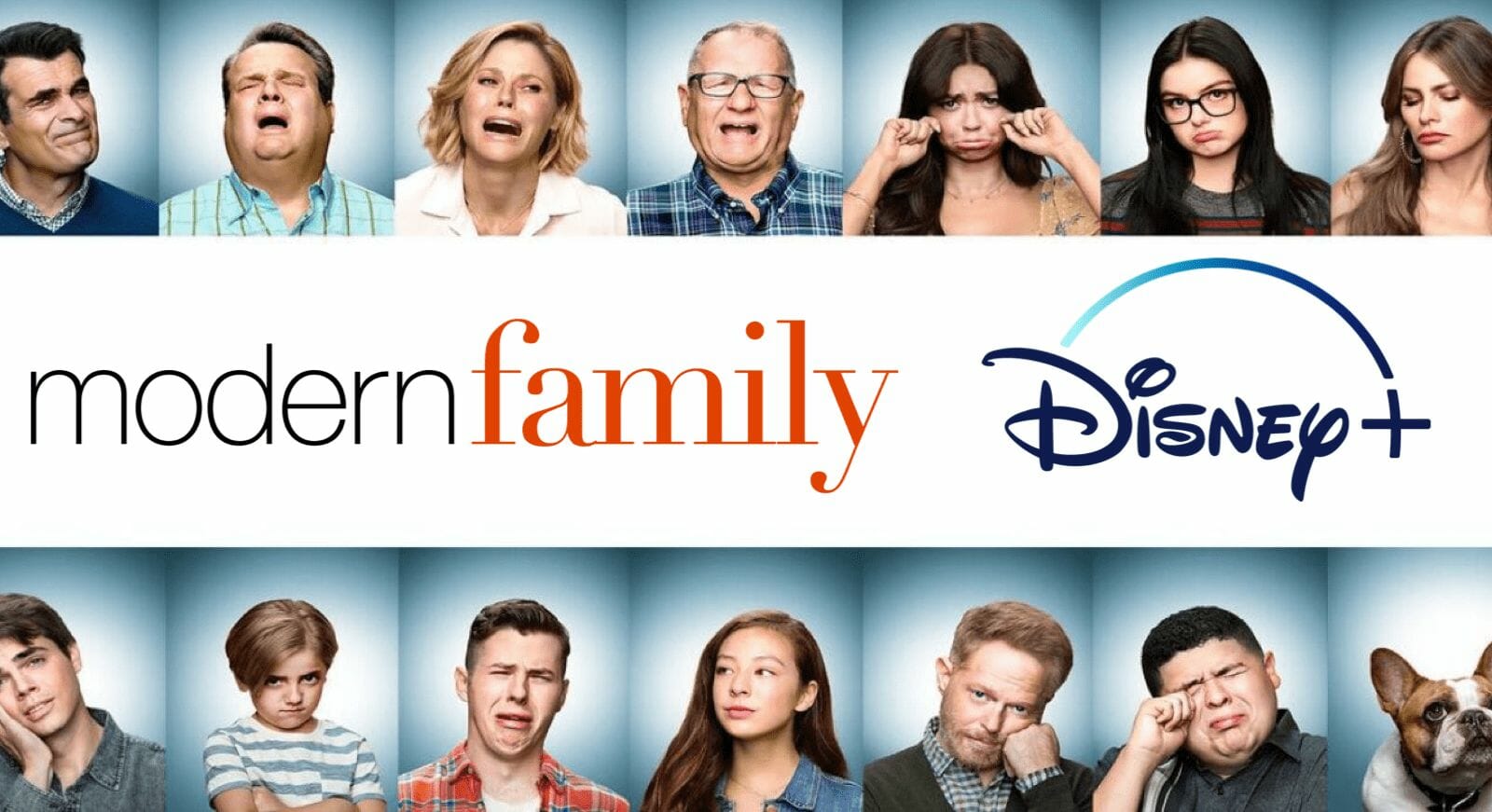 “Modern Family” is an American television mockumentary family sitcom created by Christopher Lloyd and Steven Levitan for ABC. It ran for eleven seasons, from September 23, 2009 to April 8, 2020. It follows the lives of three diverse family set-ups in suburban Los Angeles, linked by Jay Pritchett.

“Modern Family” has been a huge success and is the biggest sitcom in ABC’s history with exactly 250 episodes. The show has gained a true loyal following and has done incredibly well commercially and critically.

“Modern Family” was created for ABC and distribution by 20th Century Fox Television, both of which are owned by the Walt Disney Company. Naturally fans are wondering when they’ll be able to stream the show on Disney Plus.

Is ‘Modern Family’ On Disney Plus?

As it stands, “Modern Family” is not available on Disney Plus in any country. As of writing, Disney hasn’t announced if, or when, the TV show might be added to the service.

Disney doesn’t typically share their plans on when a specific title will be added to Disney+. New content is usually announced during the middle of the month for the following month. This gives us our best indication on what’s coming to Disney+ in the near future.

When is ‘Modern Family’ Coming To Disney Plus?

At the moment, it’s unknown but there are few things worth noting here.

Disney has taken some heat for not having enough adult content on Disney Plus. Disney appears to be listening to that by adding titles such as “Hamilton” and “The Right Stuff.” We also know that Disney has been looking into “Modern Family” specifically as a survey was sent out earlier this year asking if Disney+ subscribers would be interested in more “grown-up” content. While this doesn’t necessarily confirm anything either way, it does show that Disney is at the very least exploring the idea.

There’s been countless rumors over the last few months that Disney+ will see an “adult section” added. Recently, popular YouTuber Grace Randolph claimed she had the inside scoop that Disney+ could soon be adding more mature Fox and Touchstone content that would be locked behind a parental control. “Modern Family” would mostly likely, if true, fall behind that parental control options.

At the moment, we wouldn’t hold our breath about the possibility of “Modern Family” coming to Disney Plus. The broadcast syndication rights to the series were sold to USA Network, and it’s possible they have some exclusivity before the show can be moved to streaming. Once that deal expires, and seeing as Disney had the chance to bring “Modern Family” to Disney+ in other regions, but didn’t, Hulu seems a likely destination. This can, of course, change at anytime.

Update: As we expected, Modern Family is now available on Hulu and will be coming to Disney+ Star in many countries including the UK.

Update: Disney has announced that Season 10 of “Modern Family” is coming to Disney+ in the United Kingdom and Ireland on Sunday, January 1, 2023.

How to request ‘Modern Family’?

Disney has made it very easy to request a movie or TV show to be added to the service. You’ll need to head over to Disney’s help center, Help.DisneyPlus.com, and click the “Give Feedback” button. Full details.

Submitting a request doesn’t guarantee that your suggestion will be added to Disney+. It’s also very unlikely you’ll hear anything back from Disney, but suggestions submitted will be collected for data tracking purposes and allow Disney to learn more about what subscribers are looking for from the service

How to watch ‘Modern Family’

If you’re located in the United Kingdom or Canada, head over to Netflix to watch “Modern Family.” If you’re in US, you’ll find it in the usual places such as Amazon, iTunes etc.