Skip to content
Home » Blog » When is ‘Strange World’ Coming To Disney Plus? 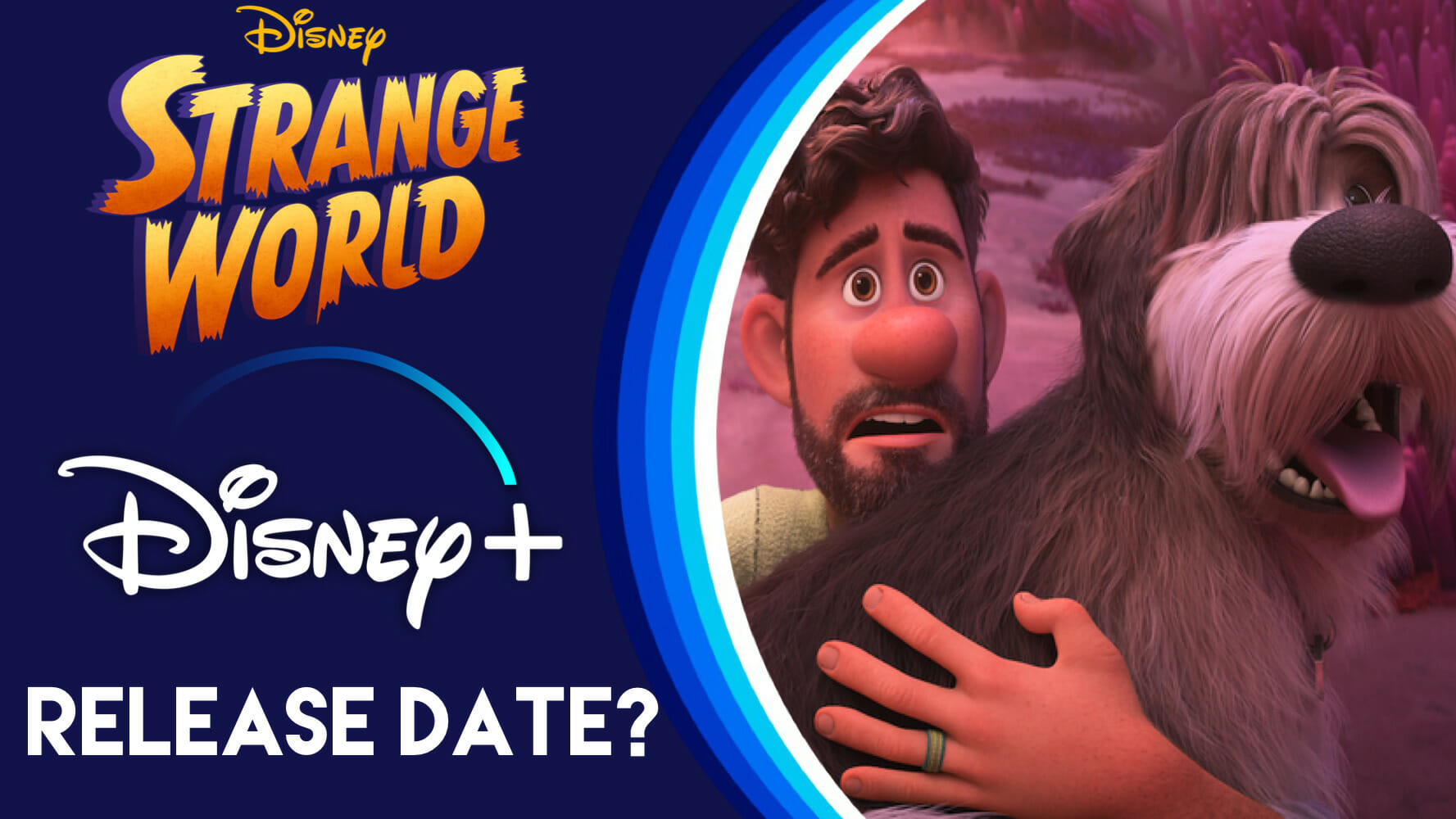 Walt Disney Animation Studios‘ next movie, ‘Strange World’, is set to be released globally in movie theaters on November 23, 2022.

The feature film introduces a legendary family of explorers, the Clades, as they attempt to navigate an uncharted, treacherous land alongside a motley crew that includes a mischievous blob, a three-legged dog and a slew of ravenous creatures.

But when exactly is Strange World coming to Disney+? Read on for everything we know!

As it stands, Disney hasn’t announced when Strange World will be coming to Disney+. However, we can certainly make a pretty strong educated guess based on previous movies.

In recent years, Disney has shorten the window of time it takes for movies to arrive on Disney+ after they’re released in movie theaters.

Typically, when a movie is doing well at the box office, the movie takes longer to arrive on Disney+ to avoid capitalising ticket sales. This means every movie can often have a different release strategy for Disney+ as it’s handled on a case-by-case situation.

That said, if we look at previous Disney animated movies, we can start to form a good idea on when Strange World will be hitting Disney+.

This means that Strange World could arrive on Disney+ as soon as Christmas Eve/Christmas Day, or possibly later in January 2023. However, Deadline is reporting that ‘Strange World’ will be on Disney+ in time for the holidays.

We suspect that Disney will want to try and eliminate the success of “Encanto” and will release Strange World on Christmas Eve or Christmas Day.

We’ll be sure to update this article the moment we hear some official news from Disney.

When is ‘Strange World’ Coming To Disney Plus? (Internationally)

It’s expected that all countries will be getting Strange World on Disney+ on the exact same day in countries such as the UK, Ireland, Canada, Australia, New Zealand, and many more. This also includes France where movies often have to wait a minimum of 18 months before they’re available on Disney+ due to local laws.

That said, no Disney+ release date has been announced for Strange World just yet.

When will ‘Strange World’ Be Released In Theaters?

Strange World will be released in theaters globally, excluding France, on November 23rd, 2022.

In short, Strange World doesn’t feel particularly unique in its story, but it has a sense of warmth and familiarity, which will almost certainly delight families. Strange Worlds’ message about parenthood and the environment makes it something not to be missed.

Disney+ is only place to watch where you’ll be able to stream and watch ‘Strange World’ online. This means that the movie won’t be available on any other streaming platform, but movie will eventually come to PVOD such as iTunes, Google Play, etc.

What is ‘Strange World’ About?