Skip to content
Home » Blog » When Is The Percy Jackson Series Coming Out? 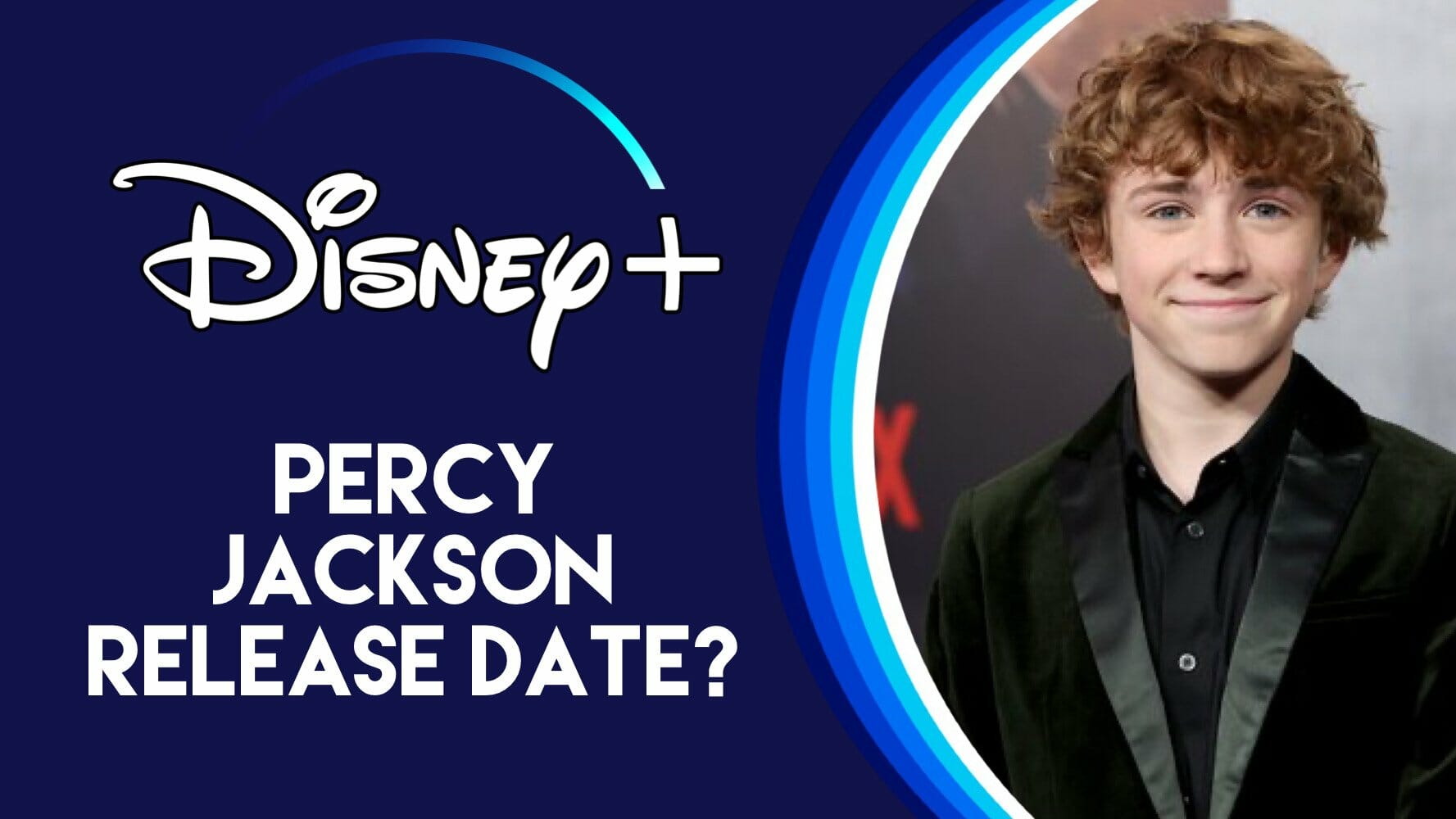 After years of pre-development, Disney+ has officially ordered “Percy Jackson and the Olympians,” an epic adventure series based on—and closely aligned with—Disney Hyperion’s best-selling book series by award-winning author Rick Riordan with more than 180 million books in print globally. But when exactly will the series be hitting our screens? Read on for everything we know so far about a Percy Jackson Disney+ release date.

What is the Percy Jackson Series About?

We won’t leave you in suspense on this one. Disney hasn’t announced an exact release date for the Percy Jackson series, but we do know it will be released in 2024.

Percy Jackson and the Olympians is set to begin in production in Vancouver in June and will end in January 2023 according to ProductionList.com. The series is naturally heavy in VFX which can often cause delays, but assuming production does wrap in early 2023, we definitely think we’ll be seeing the series in 2024.

Even though an exact release date has been announced, it’s believed that the series will be coming in early 2024.

We’ll be sure to update this article the moment we get an official release date.

How Many Episodes Will Percy Jackson and the Olympians Have?

We’re not heard any exact confirmation just yet, but season 1 which will reportedly consist of 8 episodes.

Assuming the show is well received by audiences, it’s expected that there will be one season for each book in the series. This means we could potentially expect five seasons of Percy Jackson on Disney+.

Who Is Playing Percy in Percy Jackson Series?

Fresh off the hugely popular “The Adam Project”, Walker Scobell has been cast in the titular role in Disney+’s fantastical live action series “Percy Jackson and the Olympians”.

When Walker Scobell was five, he learned that his favorite superhero Tony Stark – AKA Iron Man – was not an actual person but an actor playing a role. He decided right then that he wanted to become an actor. He said if he couldn’t become a superhero in real life, the next best thing would be to play one.

You can read more details about this announcement here.

Who else is in the cast of Percy Jackson and the Olympians?

Aryan Simhadri (Disney’s “Spin”) and Leah Sava Jeffries (“Empire”) will play Percy’s friends Grover and Annabeth, respectively, in the upcoming Disney+ original series “Percy Jackson and the Olympians.” Simhadri and Jeffries will star alongside Walker Scobell who will play the titular character in this epic adventure.

You can read more details about the announcement here.

Who is directing Percy Jackson and the Olympians?

No official details have been announced at the moment, but according to Midgard Times, Anders Engstrom (See, Hanna, Helstorm) and Jet Wilkinson (Warrior Nun, Daredevil, Avatar: The Last Airbender) have been tapped to helm several episodes.  Engstrom has previously worked on Hulu’s Marvel series Helstorm and Amazon’s Hanna while Wilkinson’s directing credits include Marvel’s The Punisher, Daredevil, Iron Fist, Jessica Jones and more.

It’s currently unclear how the episodes will be divided up among the directors however Midgard suggests Bobin could help out on four out of the eight episodes in the first season and Enstrom and Wilkinson are likely to direct two episodes each.

A very small teaser was released at D23 Expo which you can view below: