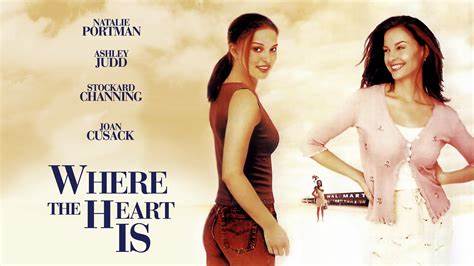 Disney+ has announced the full list of everything coming to the United Kingdom and Ireland in May 2022 including premieres of new Disney+ and Star Original Series, additional episodes of fan-favorite series, and new library title additions.  One of the new titles that will be added to Disney+ next month is “Where The Heart Is” (2000) which arrives on Friday, May 6, 2022.

After Tennessee teen Novalee Nation (Natalie Portman) is left literally barefoot and pregnant in a Wal-Mart parking lot by her no-good boyfriend, Willy Jack Pickens (Dylan Bruno), she manages to live within the mammoth megastore until her baby’s abrupt arrival makes her a media darling. After this, Good Samaritan nurse Lexie (Ashley Judd) takes in Novalee and her newborn daughter. Before long, Lexie and Novalee form a life-changing bond of friendship and sisterhood.