Skip to content
Home » Blog » Why Is Loki Being Released On Wednesdays? 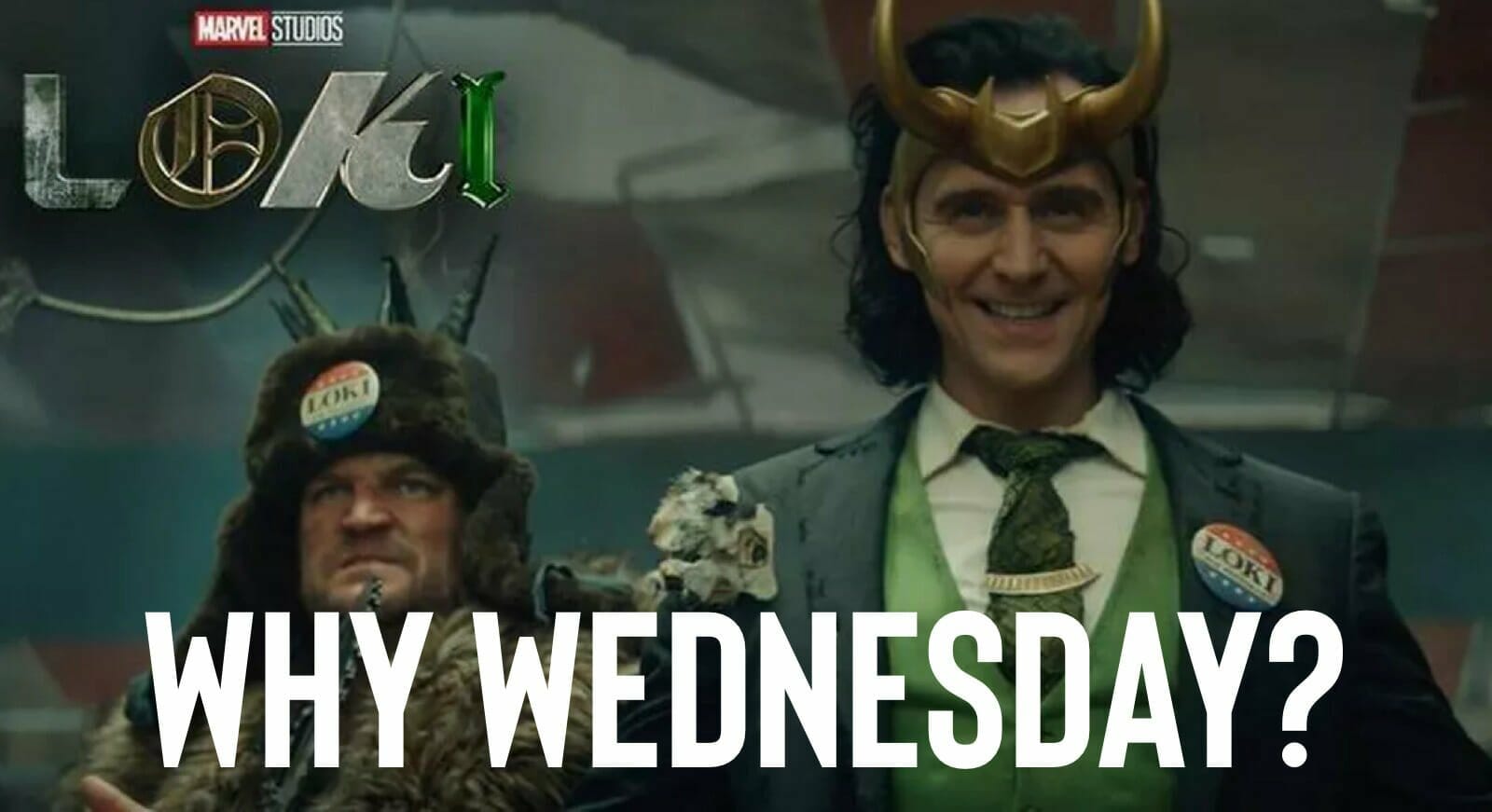 Wednesdays are the new Fridays. That was the message from Tom Hiddleston’s video announcement for the new premiere date and weekly release day for Marvel Studios’ “Loki,” a brand-new, original series coming exclusively to Disney+.

Apart from the occasional mid-week release, such as Earth Day or Star Wars Day, Fridays have always been the original Disney+ release day, dating back to November 2019 when Disney+ first launched. For the most part, this has worked perfectly fine for Disney, but with rapid expansion and investment for Disney+ now in full swing, it was only a matter of time until Disney utilised other days to release content.

Disney hasn’t given an actual reason for the sudden change-up, although there have been multiple rumours in the past that indicated Disney was looking to do this.  With less than 40 days until release, a change like this is unusual.  However, we do a few ideas as to why Disney decided to shake up the release of “Loki”.

It fit the story

There is multiple logistical and marketing rationale to move “Loki” to Wednesday, but ultimately, and more excitingly, it fits the story. “Loki” is known for being different to everyone else, and of course, “The God of Mischief”. In addition, the series is based on different timelines, which just naturally falls into having “Loki” on a different release day for Disney+.

It goes even further, as tweeted by Asad Ayaz, President of Marketing for The Walt Disney Studios.

Moving “Loki” to Wednesday is a brilliant marketing decision that makes sense from so many angles. It allows Wednesdays to become “Loki Wednesday” and ensures that “Loki” won’t overpower other fantastic shows that debut each Friday on Disney+.

As we mentioned above, Friday is the typical release day for Disney+ originals, and with so much content coming out, subscribers will most likely feel the need to pick and choose what to watch each Friday. If Disney wants a service that subscribers use every day, which presumably they do, they need to give people a reason to return every day.

The following shows will be overlapping with Loki:

The above list doesn’t include Disney+ Star originals such as Big Sky, Rebel, M.O.D.O.K, and more.

Pushing “Loki” to Wednesday allows these shows to get plenty of limelight, especially Star Wars: The Bad Batch, and will ensure the series isn’t overshadowed by “Loki.” It will also mean that extreme social media chatter will happen on at least two days rather than one, increasing eyeballs and conversation, which is course positive for Disney+.

While viewership has been incredibly high for previous Marvel series on Fridays, this might have a downside for “Loki.” Disney+ servers struggled to keep up with the demand for “WandaVision,” and the service was unusable for a short period. There’s no doubt that having a Star Wars series and a Marvel series released on the same day is likely a recipe for disaster. Splitting up the release days will definitely help ease pressure on the Disney+ servers.

While some titles might struggle with a Wednesday release compared to Friday, Marvel isn’t going to have any issues pulling in the number on any day of the week.

If released on a Friday, episode 5 of “Loki” would have clashed with arguably Marvel Studios’ biggest release this year, “Black Widow.” There is little to no benefit for Disney by having the penultimate episode of “Loki” and “Black Widow” compete with each. Splitting up the release days allows each title to get the recognition they will rightly deserve.

Here is a look at the release schedule for “Loki” on Disney+: