Skip to content
Home » Blog » ‘Why Not Us: Southern Dance’ Coming to ESPN+ 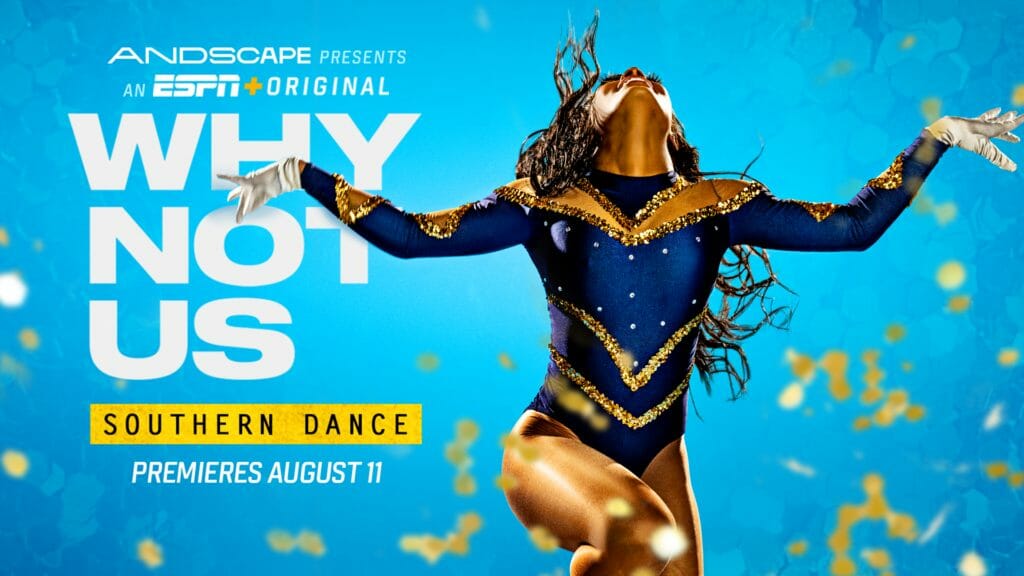 Why Not Us: Southern Dance, the third season of the acclaimed Why Not Us series from Andscape and executive produced by NBA All-Star and entrepreneur Chris Paul, will premiere Thursday, August 11, exclusively on ESPN+. The new, eight-episode ESPN+ Original will take fans behind-the-scenes of Southern University’s dance line, the Dancing Dolls.

For over 50 years, the Dolls have set the standard for collegiate dance lines nationwide. Powered by the booming sounds of the school’s marching band, the Human Jukebox, the Dancing Dolls push the envelope with every performance, creating unique choreography stemming from their diverse dance backgrounds. Beyond the field, the Dolls are role models in their communities and represent what it means to be strong Black women, pushing the culture with their talent and artistry.

“The third season of Why Not Us will continue to shine a spotlight on the importance of HBCUs and celebrate the culture and influence of these institutions,” said Paul. “This season will focus on Southern University’s nationally acclaimed Dancing Dolls and will capture the drive, talent and vision of these powerful black women leading the way.”

“We are so excited to showcase another unique aspect of HBCU culture in this season of Why Not Us,” said Brian Lockhart, Senior Vice President, Original Content. “Over the past 50 years, the Dancing Dolls have solidified their place in an elite tier of dancers and have proven to be the foremost innovators amongst the nation’s top dance teams. We are looking forward to reaching more sports fans with their unique story.”

Like the first two seasons of Why Not Us, which followed the North Carolina Central men’s basketball team and FAMU’s football program, Why Not Us: Southern Dance will examine the distinct culture, experiences and challenges of an HBCU athletic program.

Coached by the magnetic Dr. Akai Smith, the Dolls navigate the rigors of practice, classes and upholding the legacy of the Forever Dolls that came before them. Comprised of dancers from different regions across the country, the Fabulous Dancing Dolls of Southern University grow in their craft, as students, and in life.

Presented by Andscape, Why Not Us: Southern Dance is produced by Roadside Entertainment, Paul’s Ohh Dip!!! Productions, and ESPN+. The Why Not Us series highlights the ethos of being a student and student-athlete at an HBCU. The series spotlights the importance of these remarkable schools and who have done more with less.

Paul left Wake Forest University early before being selected No. 4 overall in the 2005 NBA Draft and is now working toward a degree at Winston-Salem State University. He has actively supported HBCUs for years, including assisting with HBCU voting initiatives and partnering with Sour Patch Kids and the Thurgood Marshall College Fund to create The Mischief for Change Scholarship, a college scholarship fund with a $1 million commitment over the next five years for students attending HBCUs. In November, he will host the second annual circuit of two HBCU events, the Boost Mobile HBCU Tip-Off and the Boost Mobile HBCU Challenge Hosted by Chris Paul, in partnership with The Naismith Memorial Basketball Hall of Fame. Paul was recently appointed to President Biden’s advisory board on Historically Black Colleges and Universities.

Paul partnered with Harvard Business School to bring its Entertainment, Media and Sports program to select HBCUs to develop a pipeline for students pursuing careers in those industries.