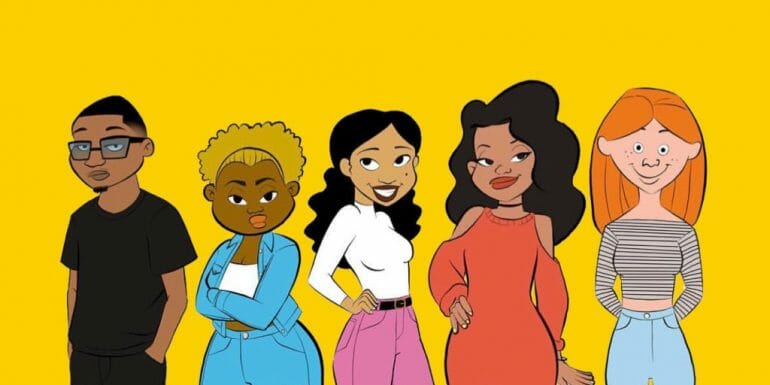 There’s been much hullabaloo made over what’s to be included in the upcoming Disney+ library: all the animated feature films from the Disney vault, an entire slew of Disney Animation series, and every season of The Simpsons.

But amidst the excitement, one bit of news has managed to flit under the radar. In late summer of 2019, Tommy Davidson, the voice of Oscar Proud on the animated series The Proud Family, let it not-so-subtly slip that the show was set to be rebooted on Disney’s new streaming service.

While the creator of the show has been coy to respond and Disney has yet to officially confirm the news, the prospect of a brand-new animated series surrounding the Prouds has gotten many people talking. Here are a few reasons why a Proud Family reboot would be a beautiful thing.

The Return of a PROLIFIC Animator

I’m letting my bias shine through, but Bruce W. Smith is one of the greatest animators of our generation. His resume is as vast as it is diverse; from Bebe’s Kids to The Princess and the Frog, Smith also worked on such 90s classics as The Pagemaster, Tarzan, Space Jam, Ferngully, and Rover Dangerfield.

Smith has had a hand in creating in many of my childhood favourites. And while I would still much rather a Bebe’s Kids sequel (dare to dream…), the thought of my favourite animator reviving The Proud Family is too amazing to ignore.

Aside from bringing the animator back, new Proud Family episodes would mean a return of the all-star voice talent: Kyla Pratt as Penny, Tommy Davidson as Oscar, Tara Strong as Bebe and Cece, Family Matters’ Jo Marie Payton as Sugar Mama…not to mention the myriad of guest stars they could have back, as well as Solange Knowles for the theme song.

Some of the cast has fallen on hard times since the conclusion of the series (Orlando Brown) and may be difficult to bring back; then again, it may prove as the ultimate vehicle to stage a comeback! It remains to be seen what the future holds for the old crew.

The Proud Family was not a show to shy away from hard-hitting topics. It tackled racism, sexism, classism, as well as the complicated drama of female relationships with LaCienega as Penny’s off-again, on-again frenemy.

The show would be all the more relevant in today’s political climate and could just as easily cover topics of police brutality, Black Lives Matter, the rise of the alt-right, and climate change in a way that will resonate with the current youth.

Opens the Door for OTHER Disney Channel Shows to Return

Yes, yes—we all know Lizzie McGuire is set to make a comeback on Disney+, and Raven’s Home is performing well enough that Disney has greenlit a fourth season, but what about the animated shows?

Nickelodeon has already gotten onboard the throwback train with reviving such classics as Hey Arnold!, Rocko’s Modern Life, and Invader Zim, with a Rugrats reboot also rumoured to be in the cards.

Now it’s Disney turn to tap into that vast well of nostalgic content. They’ve already dipped their toe in the water with the successful revival of Ducktales; if new episodes of The Proud Family are made and perform just as well, it could leave the door open for many other classic shows to make a comeback, such as Darkwing Duck, Pepper Ann, and my personal favourite, Recess.

Nickelodeon initially passed on the pilot of The Proud Family; thankfully, Disney had the foresight to see the value the show had to offer in resonating with an underrepresented market.

Let’s face it – at the time there wasn’t a lot of kid-friendly animated series created with a predominantly African-American cast. Off the top of my head, you had Waynehead, Static Shock, and Bruce W. Smith’s short-lived, forgotten series, Da Boom Crew.

The Proud Family is arguably one of the first successful mainstream cartoons with a black cast, and it paved the way for other shows to be created that featured a black cast or a black leading protagonist: Filmore!, Craig of the Creek and even less-family-friendly offerings as Afro Samurai and The Boondocks.

As we count down to the eventual launch of Disney+, I’m crossing my fingers that the rumours are true. The Proud Family deserves a second life, and I’m confident it will succeed on the streaming service if given the chance.